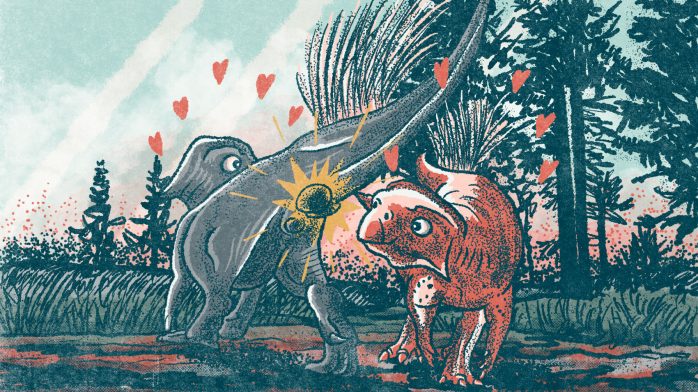 In what might already be the greatest scientific achievement of 2021, a team of scientists at University of Bristol have revealed their discovery of the world’s first preserved dinosaur butthole. The 100 million-year-old fossilized anus, described by paleontologists as “perfect” and “a one-of-a-kind opening,” is unique enough to provide brand new insights into the sexual lives and bowel functions of dinosaurs—in other words, a hole lot of exciting new stuff. (Sorry.)

The cloacal opening in question belonged to a Psittacosaurus, a dog-like dinosaur whose remains were encased mid-dump in a mix of deoxygenated mud and volcanic ash. The orifice is the first of its kind, as most dinosaur skin is “rare and often patchy,” according to Jakob Vinther, lead paleontologist at the University of Bristol.

“It took a long while before we got around to finish [our research] because no one has ever cared about comparing the exterior of cloacal openings of living animals,” Vinther stated. “It was largely unchartered territory.”

It gets better. The pigmented colors of this dinosaur’s rear opening, according to Vinther and his fellow scientists, may have contained scent glands—similar to those of a crocodile’s—that signaled messages to other dinosaurs, like sexual interest. In other words, dinosaurs may have been stomping around the place flashing their buttholes at each other to flirt. If that isn’t the greatest scientific fact you’ll hear all year, I don’t know what is.