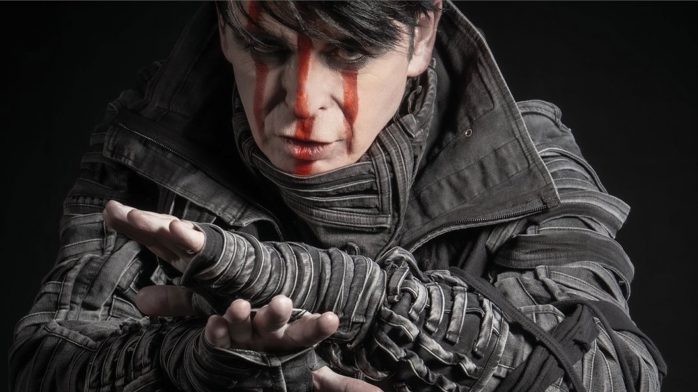 Gary Numan has returned. Intruder—Numan’s 18th solo album—will be out May 21, billed as a thematic sequel to 2017’s Savage: Songs From a Broken World. Listen to the title track below.

Intruder, per Numan, is set in a future where climate change has triggered an apocalyptic event—one where the Earth must fight back by “purging its inhabitants” in order to survive. 2017’s Savage, in comparison, featured a post-apocalyptic world desertified by global warming.

“Intruder looks at climate change from the planet’s point of view,” Numan shared in a press release. “If Earth could speak, and feel things the way we do, what would it say? How would it feel? The songs, for the most part, attempt to be that voice, or at least try to express what I believe the earth must feel at the moment.”

You can pre-order the record on CD, vinyl and/or cassette here.