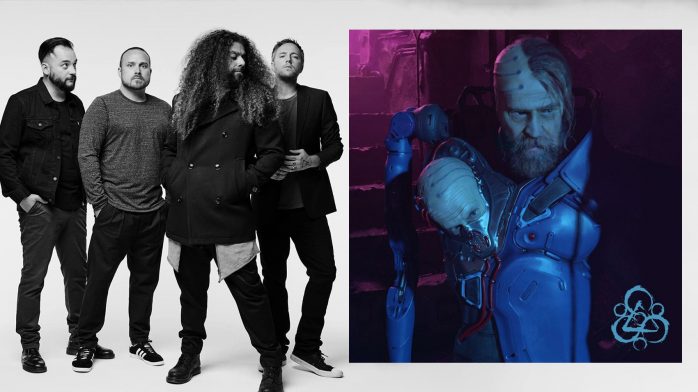 It sure feels like a new Coheed and Cambria album is approaching. The band has just released “Shoulders,” a heavy-hitter presumably off their upcoming 10th studio album. It arrives with a very cyberpunk-themed lyric video, which you can watch below.

“Shoulders” is Coheed and Cambria’s first proper release in almost 3 years (not to discredit their excellent 2020 Rick Springfield collab, “Jesse’s Girl 2”). The band’s last record was 2018’s Vaxis – Act I: The Unheavenly Creatures; frontman Claudio Sanchez has teased a follow-up as recently as last week, in an interview with Heavy Consequence.

“A lot of times, with bands who’ve been around and built a strong fanbase like we have, I think there might be a tendency, intentionally or unintentionally, to try to give the fans what they want and not take too many risks,” Sanchez told Consequence. “But after making music for so long and entering a pandemic, we didn’t want limitations to the creative process. The [next] record is going to be what I hope people perceive this band to be in 2021/2022.”

Thankfully, you won’t have to wait much longer to see Coheed and Cambria live. They’ll take the stage Friday, September 17 at Riot Fest 2021—a limited amount of Friday tickets are still available, while supplies last.