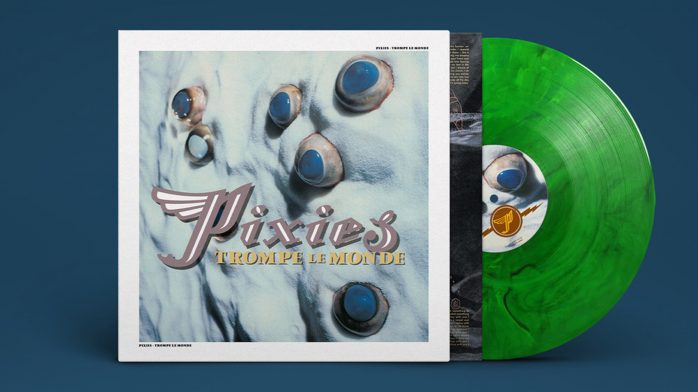 Pixies’ fourth LP Trompe le Monde is getting a new vinyl reissue to celebrate its 30th anniversary this year, much like Doolittle and Bossanova did (in 2019 and 2020, respectively). The record will be reissued on marble green vinyl on September 24 via 4AD. Preorders are now live.

Released on September 23, 1991, Trompe le Monde was the final Pixies album with original bassist Kim Deal, as well as their last release before initially breaking up in 1993. It’d be over a decade until the world heard from Pixies again—but tracks like “U-Mass” and “Head On” made Trompe le Monde a strong sendoff at the time. (Thankfully, you can see Pixies at this year’s Riot Fest on Sunday, September 19.)