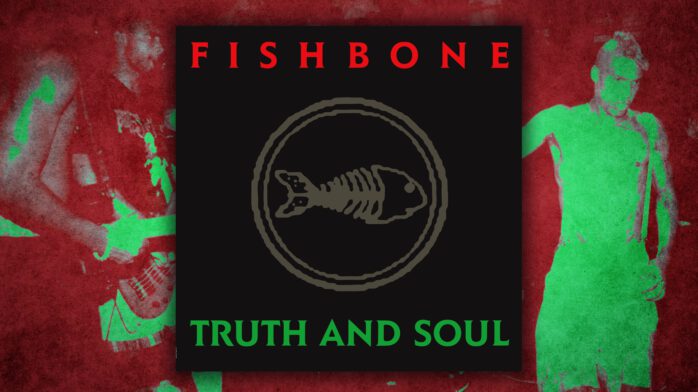 On this day in 1988, Guns n’ Roses had the number one song in the country with “Sweet Child o’ Mine,” the Cold War was thawing out, and Fishbone released Truth and Soul—a seminal collection of genre-bending tunes that would come to define the band and stand the test of time.

When I discovered this album a few years later, I was a curious teenage kid who’d just discovered ska music, and it hipped me to many things. The songwriting contributions from all of the band members taught me that anybody in a band can write a song, anybody can sing it, and it can sound like anything you want it to sound like. The political bend of many of the songs opened my eyes to certain injustices and the importance of having conviction in your beliefs. Most importantly, Truth and Soul has shown me that nobody can tell you what to do, and that Fishbone is just about the baddest motherfucking band in all the land.

Angelo Moore is the frontman for Fishbone—a band that, at the time of Truth and Soul, had four lead singers and has always generally eschewed the star mentality. Angelo’s animated personality and unique look has make him the face of the franchise, and we sat down with him in front of a Ferris wheel before Fishbone’s gig at Milwaukee’s Summerfest to talk about Truth and Soul, track-by-track.

Fishbone is performing Truth and Soul in its entirety from 1:45-2:45pm on the Radicals Stage at Riot Fest on Saturday, September 16th.