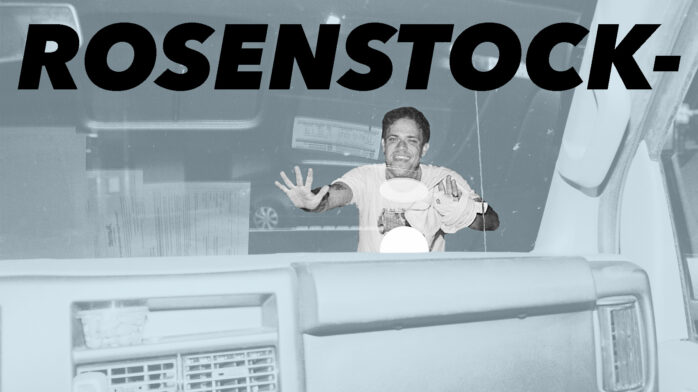 “Issues Were Churning Up My Emotions”: Jeff Rosenstock On Why He Surprised Us With A New Album Last Week 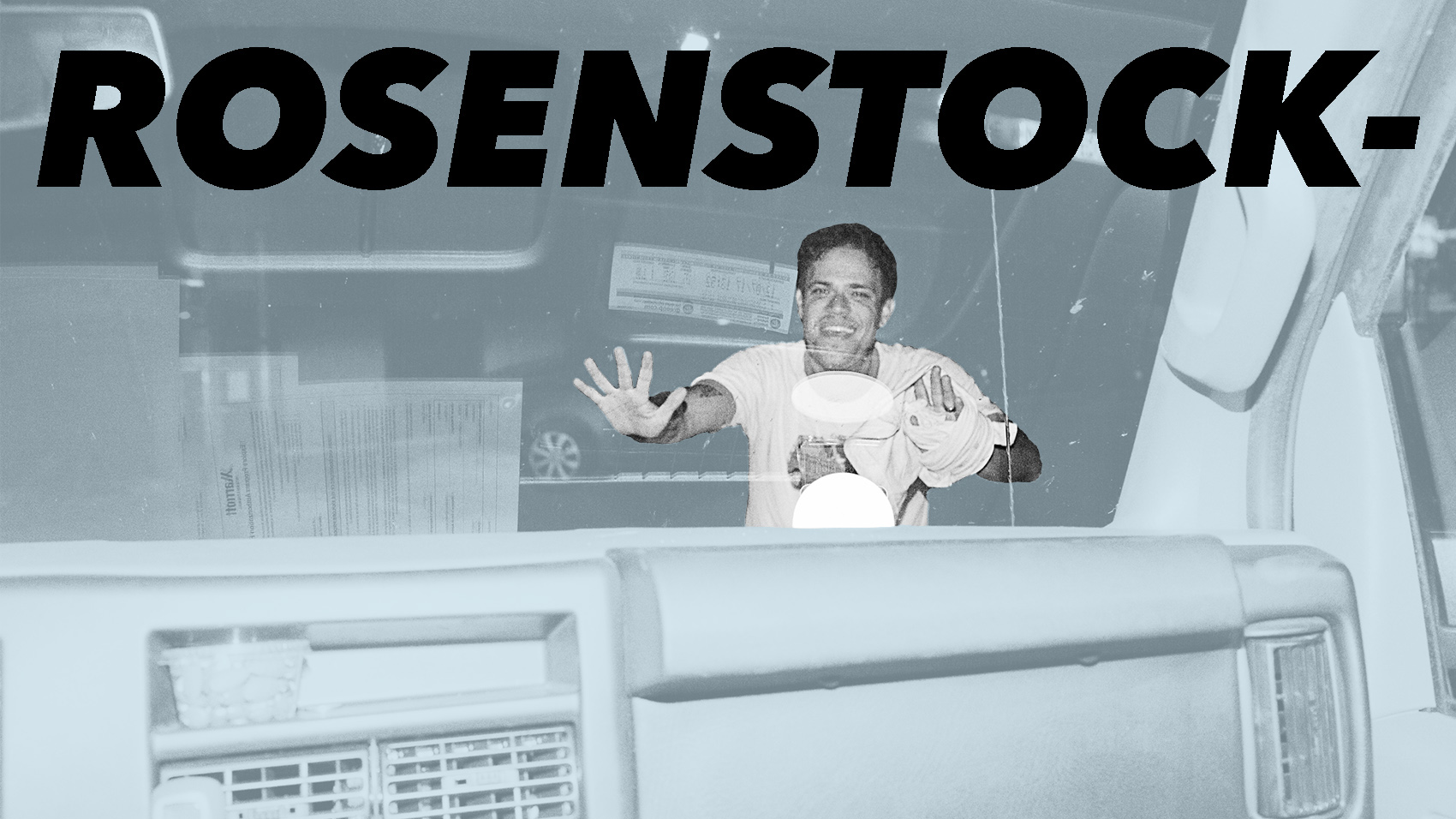 If you’re like pretty much the rest of the world, the first thing you did on New Year’s Day was wake up around 11:00am, shake off the cobwebs from the previous night and grab your cellphone to see what sort of tire fire the new year had already descended into via tweets from a fat-fingered, orange-skinned, petulant man-child with access to nuclear warheads. What happened next was a surprise of the best kind: Spastic, frenetic punk wunderkind Jeff Rosenstock decided to release his brand new album, POST-, for free, with zero advance notice and minimal fanfare. One minute, it wasn’t there, and the next it was, with powerful songs like “USA,” “Powerlessness” and “Let Them Win” spitting lyrical fire on the confusion, anger and disappointment so many Americans — and hell, humans — experienced in the days, weeks and months following the 2016 presidential election. Rosenstock and his band wail and thrash like the world could end any minute, and if that’s the case, then goddamnit, they’re gonna stomp on a distortion pedal one last time. We caught up with Rosenstock seven days after his surprise album drop to see just how his year was going thus far.

You put out a new album, POST-, one week ago for pay-what-you-want download on Bandcamp, as well as via traditional streaming/digital download services. Have you been tracking how many times POST- has been listened to in the past week?

I do have the Spotify For Artists thing, and I know that we’ve had twice as many new listeners since the record came out. Something like 70,000 new listeners, which is crazy. The album has been streamed something like 450,000 times, just on Spotify. You know when someone you like retweets something you said on Twitter? This feels like that, times a million. I’m trying to not get too crazy into it, but it’s exciting. I’ve put out plenty of records to crickets, so when anybody cares about it, it’s so exciting to me.

Surprise-dropping a record on New Year’s Day is risky. It almost puts pressure on the record itself to deliver.

There definitely is an alternate timeline where I put this record out for free on New Year’s Day and no one cared, where we’d reach the people that already kind of like us and that would be that. Best-case scenario, I thought people would hear the record and we’d get a few reviews. I’m not planning a whole fuckin’ thing — I just wanted a fresh start at the beginning of the year. I wanted it to feel like a new year for me. Releasing POST- would do that for me. I thought it would be nice if the new year would start with something nice, instead of Trump murdering a baby or something.

The response to POST- has been overwhelming, but there’s also this sense that there’s a race for fans to consume it faster than anyone else. AV Club had a review up within 48 hours of the album coming out; fans posting on your Reddit AMA said they’d had certain songs stuck in their heads “for days,” even though it had only been out for four days. Is it a thrill knowing people are racing to consume what you create?

I didn’t take into account that people would want to scramble to be the first one to write about the record. I didn’t have any delusions that that would be the case; I just hoped people would hear it. I wanted to make sure everyone could digest it at the same time.

I’m a kid who grew up going to the record store at midnight on Tuesday to get new music, and that’s not really a thing anymore. I thought, “What would make me stoked if I was a fan of a band?” And I thought this would make me stoked. When Kendrick Lamar released DAMN., it was such a sick fucking record. As a fan of his, I was so stoked. It gave me that midnight-madness feeling.

POST- is being released in conjunction with Polyvinyl Records. You’ve spent the past few years as a part of SideOneDummy; why the change?

I was out of my deal at SideOneDummy, and I had been talking to someone at Polyvinyl for a long time — they had mailordered some records from me before — and this just sort of came up. I was like, “I’m giving this record away for free; this is the plan. What do you guys want to do?” They were totally into it.

When we were making the record, it felt like I was losing baggage. There’s all this shit that doesn’t matter. It doesn’t matter that Trump tweets something stupid everyday, but we all talk about it, and that’s what he wants. This record is about processing that new reality, and the paralysis that accompanies it. That’s where I was coming from, and that’s where I’m going to keep coming from. Let’s shout down the noise so at the midterm elections, they don’t win everything so they can pass awful tax bills and send home DACA kids and pass a Muslim ban — these real things that are happening — instead of responding to all the minutiae.

There are entertainers who have always had very strong leftist politics — Rage Against The Machine, for example. But there are still people who will see a Tom Morello quote on Facebook and comment, “Just keep your mouth shut and play your guitar,” or whatever. Have you ever had run-ins with fans like that, given your outspoken nature?

Yeah, a little bit. I think WORRY. got more people into us than it got people to come at us. To be honest, I felt bad. I don’t wanna be the one over here trying to convince someone to who is screaming, “Fuck the government!” to scream, “Fuck the government!” I’m not preaching to the choir. I want to be open-minded to people who don’t feel the same way so we can communicate. But at the same time, when so much bad stuff is happening, it’s hard to prevent anything in that way. You almost have to throw the gloves off and get into shit. I don’t want someone who thinks Trump’s sexual assault isn’t a big deal at my show, you know what I mean?

You spent about two weeks making WORRY., which ended up being your breakout record. Usually, bands spend more time on their follow-up, but you cut your time in half. Why did you make it harder for yourself?

We don’t have any time, dude! [laughs] We could’ve taken more time in the studio if we didn’t want the record to come out on New Year’s Day, but that was an important part of the vision of the record. I write a lot of lists, because I take on a lot of creative projects, and it started to pile up. Last year was a crazy year for me. I got audited by the IRS. We had tours in Europe where things were falling through. In the middle of the year, I came home from tour and threw up for the first time in 17 years. I purged everything. I didn’t have the strength to leave my bed for a week. After that happened, I was like, “I gotta figure out how to not do this to myself anymore.” So long story short, I’m making lists, because it makes everything feel easier to solve.

Will there ever be a point where you will spend six months in the studio with an A-list producer? Do you want that? Or is it always going to be carve out a week and keep going?

I don’t know what’s going to happen in the future. I think spending six months on a record is just not a thing I’m ever going to want to do. I don’t have six months of my life to spend in one place.

So much of what you write is rooted in the idea that the world is fucked up, but we can band together and carry on. What do you think it would take for you to write a happy record?

I’ve tried! [laughs] There’s a stretch in the middle of WORRY. that’s pretty happy. I hope someday I can. I don’t always want to be the sad-sack guy writing sad songs. At the same time, the songs I always like are always the brutally dark, sad songs, even if it’s quiet music like Belle And Sebastian. A lot of people say “9/10” is a sad song; to me, it’s an empathetic song, acknowledging that things aren’t okay all the time, but I’m still here for you. It’s like a warm blanket instead of a ride to the beach.

Seeing as how POST- came out on New Year’s Day, did you make any new year’s resolutions for 2018?

I’m trying to be cleaner and more organized and be scheduled more, and trying to acknowledge the things I’m afraid of in life and confronting them. Things like budgets, accounting, cleaning… A lot of these things pile up and stress me out, because they don’t have deadlines on them. I’m trying this year to not do that. I’m trying to just get less overwhelmed. That’s my new year’s resolution. It’s not, like, “Eat less cereal!” [laughs]

Final question: Is POST- two-tenths of a Pitchfork point better than WORRY.?

Oh, exactly two-tenths of a point. You know, they always say, “Why make a record if it’s not better than the last one?” When we finished this one, I looked around the room and said, “We did it, guys. This is 0.2 better. We can send this to the plant.”