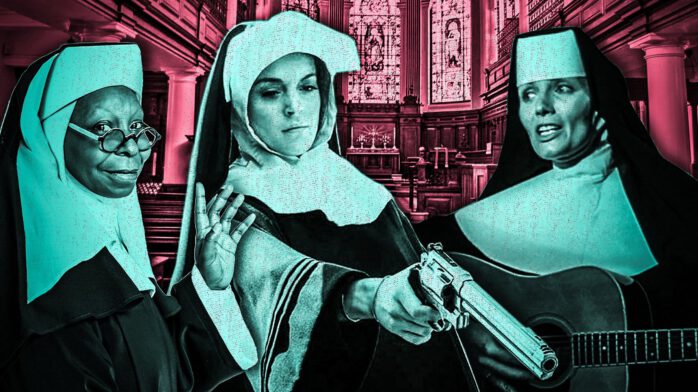 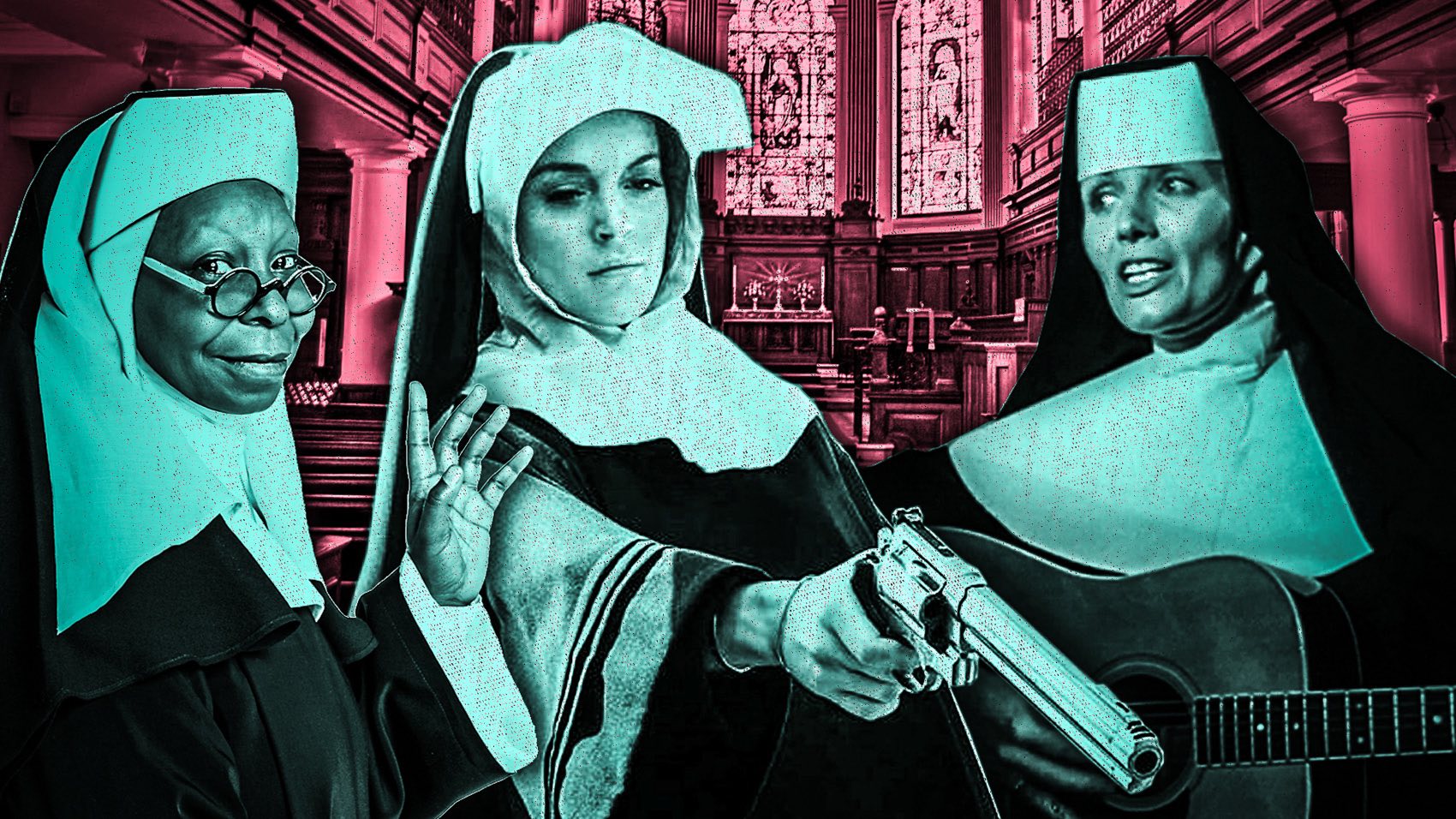 Any fan of a historically beleaguered (read: incompetent) franchise — professional or collegiate — has a common goal: witness Muh Team winning it all before biting the dust. It’s why Bill Simmons titled his account of the Boston Red Sox’ 2004 season — culminating in their first World Series victory since 1918 — Now I Can Die in Peace.

One would think that clock has ticked into, like, quintuple overtime for 98-year-old Sister Jean Dolores Schmidt, wheelchair-bound chaplain, mentor and superfan of the Loyola University Chicago men’s basketball team, but the Ramblers did win it all in 1963 (a groundbreaking event, considering just how the ’63 champs broke through the color barrier). That said, let’s not shit all over the feel-good narrative.  The Catholic university will appear in just its second Final Four on Saturday, needing only to beat Michigan, then the winner of Villanova-Kansas to achieve the thus far impossible (three 11-seed Cinderellas have made it this far, but the clock ultimately struck midnight on all).

Dreaming big on Ramblers hoops year to year is, of course, a fairly futile endeavor; the field is astronomical, and your humble author is quite certain he’ll be worm food well before his comparable perennial underdog alma mater, Kent State University, comes out on top in March Madness. But like Andy Dufresne once muttered, hope is a good thing, maybe the best of things. Riot Fest is based out of Chi-town, so let’s celebrate this as-of-now well-meaning old woman’s dedication (cue the Deadspin takedown of her thoughts on, like, gay conversion therapy in 3… 2…) by extolling the holy virtues of the coolest pop culture nuns.

Unfortunately, there are only two of these Whoopi Goldberg vehicles (so far); Sister Act and Sister Act 2: Back in the Habit. (Now, that is a 90s comedy subtitle. The New Batch and Secret of the Ooze have their charms, but neither one quite hits the same dad-pun sweet spot.) Anyway, both Sister Acts are fish-out-of-water family fun that connected with audiences and critics(Whoopi even got a Golden Globe nom for the original), even spawning a popular musical.

Whoopi plays a lounge singer who has to go into protective custody after witnessing her mobster sweetie (Harvey Keitel, playing Harvey Keitel) ice his stoolie chauffeur. No better place to lay low than a convent in a crappy San Francisco neighborhood. Life lessons and laffs ensue, along with the requisite show-stopping choral rendition before none other than Pope John Paul II himself (played by, sadly, not Pope John Paul II).

BLACK FLAG’S SLIP IT IN COVER 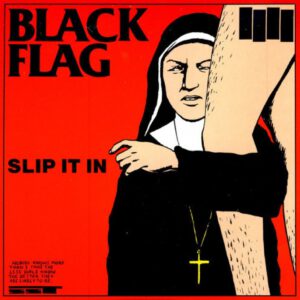 Putting authority figures in compromising positions — it’s the Raymond Pettibon way! The root of this poor woman’s palpable repulsion is obvious: How did this guy settle on his left ass cheek as the ideal location for a tattoo? Does he know what that’s going to look like 34 years later?!

Let’s try to forget that the last movie these two gods of broad satire collaborated on was 2008’s An American Carol, in which ghosts of prominent figures in American history convince a Michael Moore stand-in to not be such a whiny, godless, liberal pussy. Instead, let’s cherish the good old days — both Maureen McGovern’s Boys’ Life-reading, Aretha Franklin-covering sister in 1980’s classic Airplane!, and the “Shout”-singing choir in 1996’s, uh, less classic Spy Hard. Not sure if points should be added or deducted for Nielsen taking a moment from eluding assassins in the latter for multiple up-robe peeks, only to find… well, press play above if you dare.

Notice that doesn’t read “Lindsay Lohan in Machete.” Lindsay Lohan is not cool, never has been, and this particular bit of stunt casting was only slightly less goofy than airlifting 17-years-past-his-prime Seagal out there as the final boss. But Lindsay’s character, April Booth, does all kinds of cool shit in her precious few minutes of screen time, from (spoiler alert for eight-year-old movie) having a three-way with the title character and her mom to running down Robert De Niro’s racist senator with a hearse, then plugging him at close range. (Fetishizing gun violence is still cool, right? I didn’t check my Facebook page last weekend.) 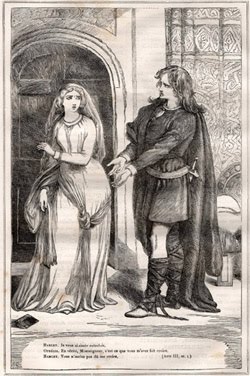 Not a nun! But she is the recipient of one of the Prince of Denmark’s most cutting lines in Hamlet, and maybe she would have gotten herself to a nunnery if (spoiler alert for 400+ year-old play) her crush didn’t accidentally stab her father to death, compelling her to maybe/maybe not drown herself. So, what makes Ophelia cool enough to qualify for this list? Pissed off about his mom marrying his uncle (understandable), Hamlet not only swears off, but curses all women. Naturally, he falls for Ophelia anyway and does what any good prospective boyfriend would do: ordering her to join a convent so she’ll be just as unhappy, alone, and fucked up as he is. This is not what drives Ophelia to death, as aforementioned. Instead, she sharply laments what a grimdark asshole he’s turned into. Bummer about the eventual gaslighting.

You thought we were gonna go Blues Brothers or The Sound of Music here, didn’t you? Well, like Rian Johnson, we live to subvert expectations! Someday, on the Criterion edition, director Dennis Dugan will explain why the first act orphanage nuns are Problem Child’s most misunderstood characters. At face value, they’re portrayed as wart-ridden, needlessly cruel buffoons ripe for ridicule. But they sure seem to enjoy the company of literally every orphan other than eponymous antagonist Junior — hell, they combine to throw a rager after adoption agent Gilbert Gottfried dupes John Ritter into giving this little shit what should by all rights be a happy home. The best nun-torture scenes (food fights, attempted mutilation) of this classic are criminally unavailable on YouTube, but the above will give you a taste of the living hell Junior wreaked upon these sainted women.

THE NUN IN MERCYFUL FATE’S “NUNS HAVE NO FUN”

This piece is inadvertently misogynistic enough without reprinting and analyzing these lyrics — let’s just say this particular nun makes the list because she’s fictional, so nothing depicted in the above actually happens to her. Ugh, let’s try to end on a positive note.

Eleven nuns from a Peruvian convent, super pumped to play a not-as-bad-as-it-sounds blend of, let’s say, Coldplay meets T.A.T.U. This is harder than 66.6 percent of what passes for indie rock today. I mean, this is probably the only time any of us will ever spend five minutes with these ladies, but look at those beautiful smiles. I bet you smiled too.