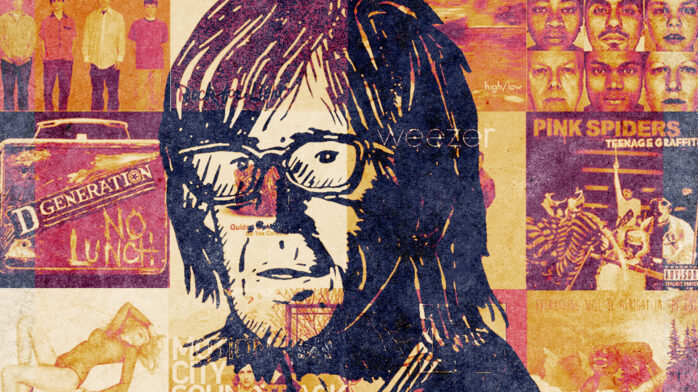 RIP Ric Ocasek, The Man With The Sound as Universal as Vanilla Ice Cream

You know, it’s weird as hell that vanilla ice cream gets a bad rap. It’s the best, most versatile ice cream! It makes sense anywhere, from a picnic to a five-star restaurant, and even bad vanilla ice cream is kind of good. It’s sweet, it’s creamy, there’s no nuts or whatever to crack your fillings on… what’s not to like?

With the passing of singer-songwriter/producer Ric Ocasek on September 15, it’s a good time to acknowledge that The Cars—while perhaps not subject to the same baffling critiques—were the vanilla ice cream of modern rock music, which is to say that their music is everywhere, it’s versatile, and the worst version of it is still pretty good. Mostly, though, The Cars are like vanilla ice cream in that their music gets unfairly taken for granted. Don’t get me wrong: Ocasek hardly suffered for the fact that his music was everywhere (imagine the royalty checks for “My Best Friend’s Girl” alone!). Still, it would be safe to argue that the band never quite got the critical adoration they’re due.

This is largely because, of course, The Cars were huge, and critics hate it when something is too popular. Their music has been ubiquitous for over 40 years, during which their songs have been fodder for commercials, wedding receptions, department store sound systems, and who knows what else. This is because they will always sound just hip enough for the cool kids, but only a dickhead could possibly be offended by them. Even Springsteen—hell, maybe even The Beatles—couldn’t claim the universality afforded The Cars’ most beloved songs.

This was Ocasek’s alchemy. He knew how to make music that was often synthetic but never inhuman, hip but never alienating, original but still rooted in classic songwriting traditions. The Cars’ riffs could be huge and heavy, but their roar was bright and slick. Like their peers in Tom Petty & The Heartbreakers, their songs were sewn readily into the fabric of everyday American life almost upon release. Unlike Petty, though, whose songs largely conjured a folk-rock past, The Cars sounded like pop from the future.

Not to say that they yanked their sound fully formed from the ether. Their melodies owed a clear debt to the bubblegum pop of Tommy James & The Shondells, The Ohio Express, and The Sweet. Ocasek’s dislocated nerd/cool style was pure Lou Reed (the line “wasting all my time-time” in “Just What I Needed” is an acknowledged callback to similar lines in The Velvet Underground’s “Sister Ray”). Their combination of twitchiness and swooning owed so much to The Modern Lovers that they straight up poached that band’s drummer, and the art-pop eccentricities of studio wizard Todd Rundgren were such a touchstone that Rundgren eventually took Ocasek’s place as Cars frontman in the 2000s, when Ocasek decided he hated touring.

Nobody had quite nailed the particulars of the sound before The Cars’ eponymous debut—and certainly nobody had made an album of instant-classic songs with that sound. Amazingly, it still sounds fresh as hell. It hits like a ton of bricks, but when The Cars hit you, it feels like a kiss. Their influence was massive and quick, but also sustained and far-reaching. Everyone from sensitive singer-songwriters to up-and-coming geniuses took a page from The Cars playbook, with varying degrees of success.

Of course, Ric Ocasek’s influence also spread in a more direct way, due to his production work for a number of beloved bands. Ocasek rarely worked with bands looking to ape his signature sound, instead opting to record the proto-industrial freaks in Suicide (whom The Cars took on tour as an opener in their early days, famously threatening to cancel shows if a promoter tried to kick Suicide off the bill), hardcore heroes Bad Brains, and sassy post-punkers Romeo Void. In each case, Ocasek’s production took the band’s raw talents and accentuated them in a way that would give them the best shot at a larger audience.

In the 90s and through the next millennium, at the nadir of his performing career, Ocasek quietly became an elder statesman, taking scraggly young bands under his wing and showing them how to make their nerdy rock songs sound massive. Though he worked with everyone from Nada Surf to No Doubt, no place is his influence more obvious than in the case of Weezer, whose best work has almost always been coaxed out when Ocasek was in the producer chair. A listen to their early demos shows just how much that band needed a guiding hand like Ocasek’s—someone to tamp down  impulses and help the band put their best foot forward.

Yes, every decent person knows that The Cars were a great pop band, and plenty know that Ric Ocasek was an important, singular producer. Sure, they finally got into The Rock & Roll Hall of Fame last year. Yes, some dork will break out one of their songs at karaoke and butcher it until this world finally melts. They’re not forgotten, and they’re not unpopular.

Still, Ric Ocasek never really got the chance to be a cool icon like David Bowie, Marvin Gaye, or Lou Reed. Those guys are all cool, but if you ask me, they’re mint chocolate chip: great, but less dependable, less pure and universal. Sometimes, you just need a scoop of what you know is gonna work, and nobody knew how to dish out a sweet scoop of pure vanilla quite like Ric Ocasek. His flavor will be deeply and truly missed.