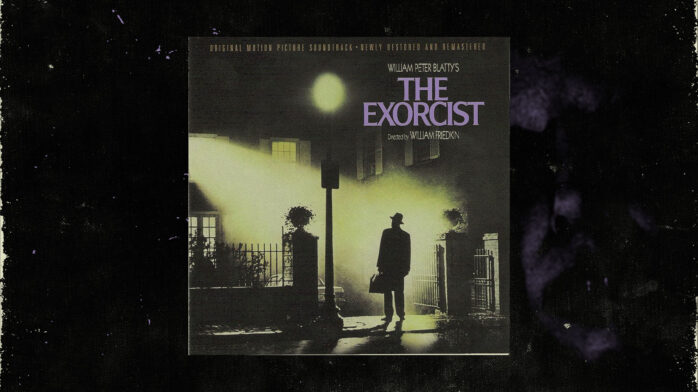 The Striking Sounds That Score ‘The Exorcist’

The Exorcist, released in 1973, has a unique sonic identity that caused shockwaves throughout the classics of the genre and even English language cinema itself. The sound design of the whole film is deceptive—it’s hard to think of specific scored moments aside from “Tubular Bells.”

The opening Iraq section, sound designed by Jean-Louis Decarme, is the segment of the film that resonates with me hardest. Layering recordings of the anthropological dig, the Muslim call to prayer, dogs fighting, ambient noise, classical music, and sound effects to an invocation of a place that was alien to most of its viewers at the time, before Iraq and the Islamic world were codified as evil by decades of American media. Like all of The Exorcist, we receive what we are seeing and hearing as documentary, even if it’s not.

Director William Friedkin’s editing style is based around specific contrasts. He will cut from loud sound with documentary specificity to a wide, silent establishing shot. Stillness is used for impact. Normal dialog will cut to chaos like a boxing ring or a child screaming. The sense of deformity (a blacksmith’s clouded eye), of broken-ness (a stopped grandfather clock), is established in many small instances in the opening segment, culminating with Father Merrin (Max Von Sydow)’s confrontation with the statue of the demon Pazuzu. My sense memory of the movie is forever the rhythmic sound of the metal being pounded into a sword as Father Merrin’s hands tremble, and the noise returning, almost imperceptibly, underneath the sound of dogs gnashing their teeth as he sees the vulgar monument of Pazuzu alone in the desert. The endless, circular pounding that externalizes his heart. I can still hear it.

Much of the music in The Exorcist is used as sound effects for psychological impact. It’s not traditionally scored in any true sense. Friedkin commissioned multiple scores for the film, starting with a meeting between him and Alfred Hitchcock’s composer, Bernard Hermann. After screening a rough cut of the film, Hermann demanded that the Iraq section be removed because he thought it made no sense. Friedkin never hired him. Next, Bullitt composer Lalo Schrifin recorded a very loud, very brass-heavy score that Friedkin despised, and discarded (some versions of the story say he literally threw it out of the window). The only evidence of this Schifrin’s work is in the long deleted “flashing” trailer.

After eventually finding himself scoreless, and without time to commission one, Friedkin assembled a soundtrack from a pile of classical records. The final film is full of experimental classical composition and musique concrete, composed by Harry Bee and George Crumb. There are ambience passages recorded by Jack Nitzsche, who would go on to score the Pacino classic Cruising for the Friedkin. Friedkin was the first to use the music of Kryzsztof Penderecki (specifically multiple sections of Penderecki’s “Polymorphia”),which would become synonymous with horror, and spawn multiple copycats. Stanley Kubrick used “Polymorphia” in The Shining, and David Lynch has used Penderecki in four seperate projects.

Friedkin’s first choice from the pile of records was an unlabeled recording of Mike Oldfield’s “Tubular Bells.” Friedkin only used the beginning figure of the song, an uneven piano/organ figure that’s neither classical nor prog, which he found childlike. Oldfield, a session musician who played guitar with British psych-pop pioneer Kevin Ayers, was only 19 when he began recording the album as a single piece, multitracking all the instruments himself.

Oldfield would battle mental illness for much of his life. “Tubular Bells” reflected that. The recording is gargantuan—at times pastoral, at times violent. Truly chaotic and strange music that sounds like very that came little before it. There is melancholy and beauty in it, and joy. It sounds like unease, like anxiety. “Tubular Bells” would be a looming influence on the genre, directly inspiring Goblin’s score for Deep Red and John Carpenter’s for Halloween, in both their eerie sound and complex time signatures. Horror cinema’s love for not-quite-prog, not-quite-classical synthesizer scores started here.

“Tubular Bells” appears three times in the film, briefly. We hear it when mother Chris McNeill (Ellen Burstyn) is walking home through Georgetown on Halloween night, leaves swirling in the wind and kids running around in costumes. It plays again as the doctors raise the idea of exorcism to Chris, with footage of a suddenly badly scarred little girl screaming at her doctors. This is for maybe 20 seconds. This is supernatural, whatever is happening, as the song makes clear. Oldfield’s sonic sculpture makes science and the medical approach to possession feel hopeless. The final time we hear the song is before the final credits, as the priest stands over the famous Exorcist steps, eliciting a foreboding and bittersweet tone, haunted by the ghosts of the priests who gave their lives fighting the Devil.