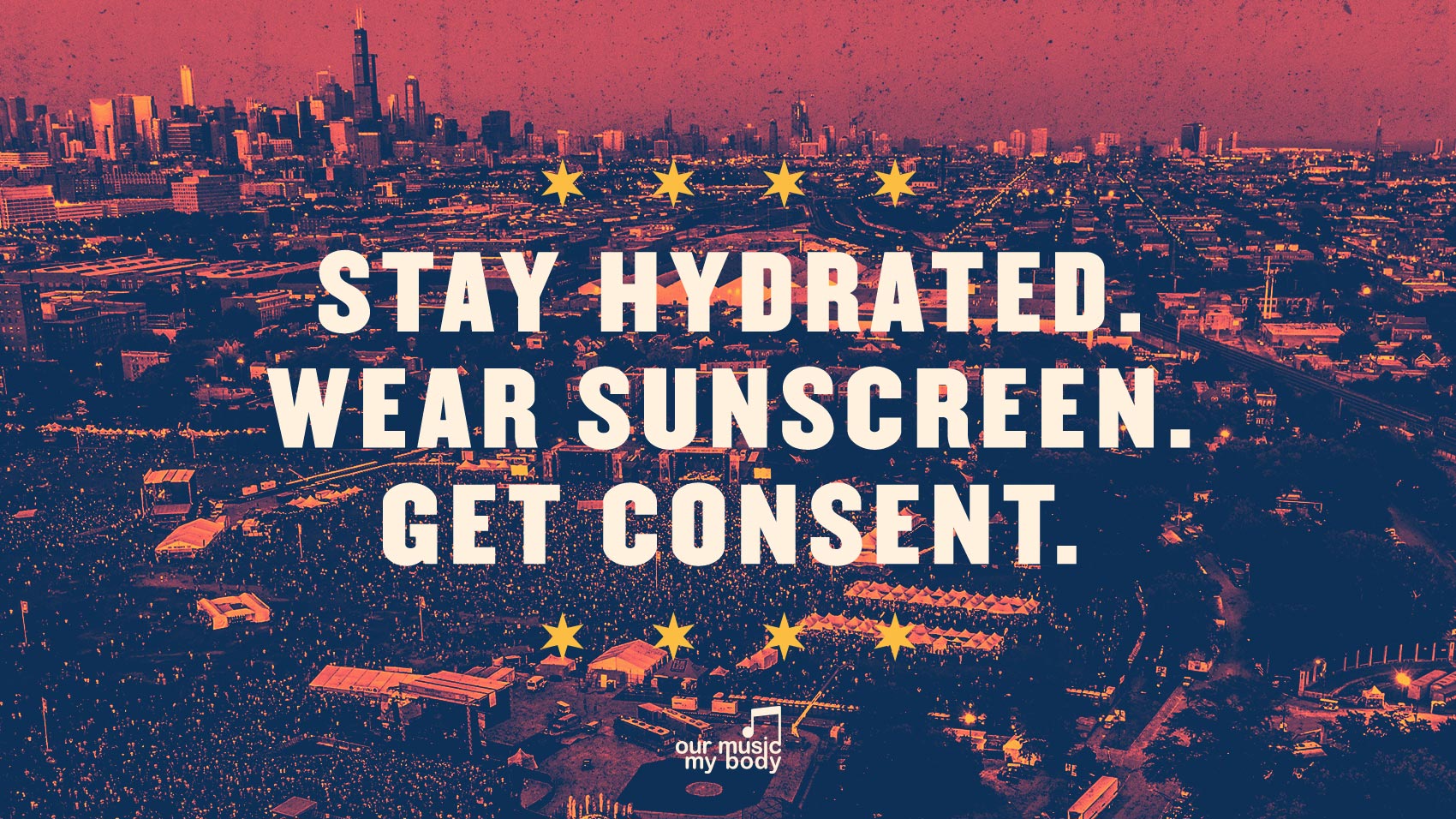 Riot Fest believes everyone should feel safe during the music festival. We will help maintain this by not tolerating harmful behaviors, which may include non-consensual touching or verbal harassment. If a participant chooses to break these policies, they may be removed from the festival grounds and/or be banned from attending in the future.

If someone or something makes you feel uncomfortable or unsafe, no matter how minor it may seem, please do not stay silent. You can report it to any Riot Fest staff member, including those stationed at our Info Booth or at the Our Music My Body tent. We’ll follow your lead, work with you, and do our best to prevent it from happening again—so that you can continue to feel safe at our festival.

If you are still struggling to figure out what we mean by our anti-harassment policy here are some examples:

EXAMPLE A
Scenario: You see someone in the crowd that you think is attractive (i.e. wearing your favorite Black Flag T-Shirt).

DO: Take a moment to ask yourself: does that person really want you to stop their music experience to be hit on? (Hint: most likely no.) Now, if you still think it’s a good idea, be prepared for rejection and be respectful by saying something specific—like “cool dance move,” or “great Weezer tee!”

DO: Keep a reasonable distance between you and the person (no one likes a close talker!), and be aware of social cues. If they move away from you, turn their head away, or don’t seem like they want to talk to you, that’s probably your cue to STOP TALKING.

DON’T: Say “hey beautiful,” “sexy,” “cutie,” “punk-rocker”, make comments on someone’s physical appearance, or ask things like, “Why aren’t you dancing?” Don’t continue to engage them, or stand near them, if they are not interested.

EXAMPLE B
Scenario: You’re in a crowd, and the music moves you to start dancing.

DO: Respect peoples’ space around you and dance in your own personal bubble and with your friends. If you happen to be part of a “mosh pit” (or as parents call it, a Mash Pot), only mosh with other people involved.

DON’T: Involve anyone who has not clearly expressed the desire to join in. This includes pushing a stranger on the sidelines who isn’t participating. Keep your hands to yourself!

EXAMPLE C
Scenario: You are trying to get through a crowd of people to see your favorite band.

DO: Remember that other people want to see the band. If there is space, DO politely say “excuse me.” If there’s no space ahead of them, DON’T force your way to the front.

DON’T: Push, shove, or run over other humans. Know what’s a bummer? When someone pushes past you, then stands right in front of you!

A special thanks to Between Friends and Resilience, whose collaborative campaign Our Music My Body helped inform this anti-harassment statement. This campaign works to engage festivals, venues, and the broader music community to prevent sexual harassment and violence at shows, and to promote fun and consensual music experiences for all.

Our Music My Body looks to further the conversation about sexual harassment and violence within the music community by informing policy changes, creating booths at the concerts and by engaging in dialogue with artists, attendees and community members. They will have a booth at Riot Fest where you can learn more about this campaign and/or get support and resources.