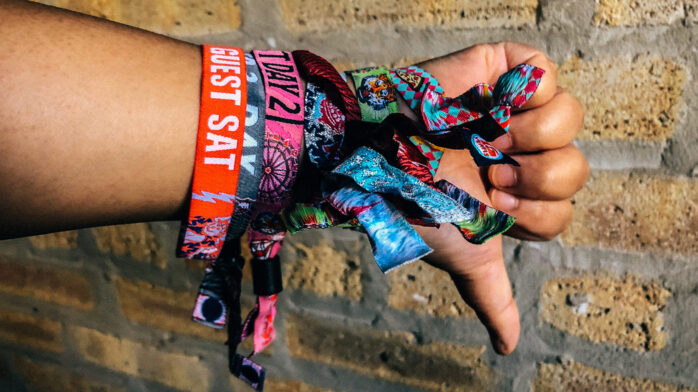 Science has confirmed what we’ve known all along. That festival wristband you’ve been wearing all summer is a disgusting disease-infested bacteria-filled strip of fabric.

That wristband is basically a piece of clothing you never take off, when you sleep, shower, take the trash out, have intimate relations, pet a stray dog.

We know some of you like to wear them for as long as you can, but a study by microbiologist Dr. Allison Cottell suggests you to take them off immediately.

She studied a person that wore two fabric festival wristbands for two years, and found nearly 9,000 micrococci and 2,000 staphylococci bacteria on them. That’s more than twenty times the bacteria found on your clothes and that bacteria can cause infections, lead to boils, and even food poisoning.

What are staphylococci? Dr. Cottell says ‘Staphylococci are usually harmless although they can cause boils and infections of cuts and grazes, and can also cause a form of acute food poisoning if they are ingested. It would be advisable not to wear them if working in industries such as healthcare or food preparation, where there is a risk that the bacteria may spread to other people.’

So basically, gross. So instead of wearing those disease trophies until they fall off, maybe just put them in a scrapbook or something.