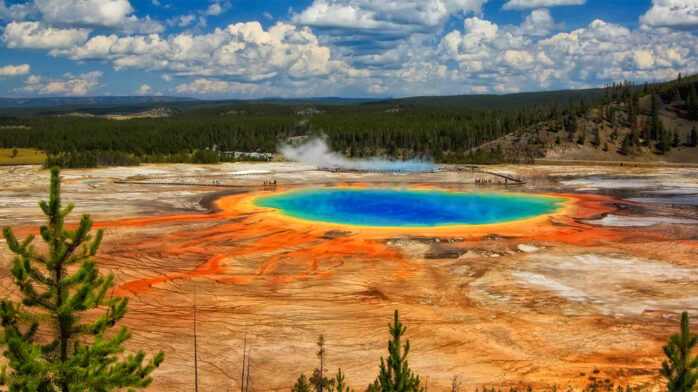 Good News. A Supervolcano Could Erupt Sooner Than Expected And Kill Us All. There is some good news to report. A supervolcano located underneath Yellowstone National Park in Wyoming, could erupt much sooner than previously thought and mercifully kill us all.

Previous studies by geologists had estimated that it would take centuries for supervolcanos to make the transition to super eruption, but researchers at Arizona State University analyzed minerals in fossilized ash, and found that the transition could take as little as a few decades. That puts the potential timeline of the extinction of humans as early as the 2030s, which unfortunately not next week or even next year, but is a lot sooner than before.

“It’s shocking how little time is required to take a volcanic system from being quiet and sitting there to the edge of an eruption,” Hannah Shamloo, a graduate student at Arizona State, told The New York Times.

The last super eruption in Yellowstone happened about 631,000 years ago, so we’re probably due.

When the supervolcano in Yellowstone erupts, it will produce 250,000 times more material than the Mount St. Helens eruption did in 1980, encircling the globe and plunging the entire planet into a volcanic winter.

Unfortunately, the U.S. Geological Survey puts the odds of another massive Yellowstone blast at 1 in 730,000 which is roughly the same odds as a deadly asteroid collision.

Don’t give up hope though, the extinction of the human race will happen eventually and probably sooner than later, whether by asteroid, meteor, supervolcano, or next week by North Korea.