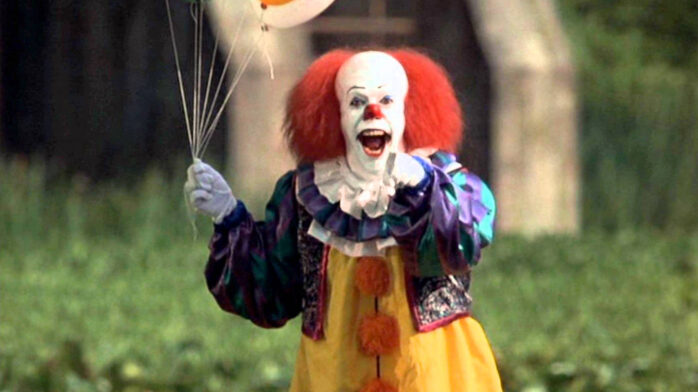 Pennywise The Clown Gets A New Costume In ‘It’ Reboot 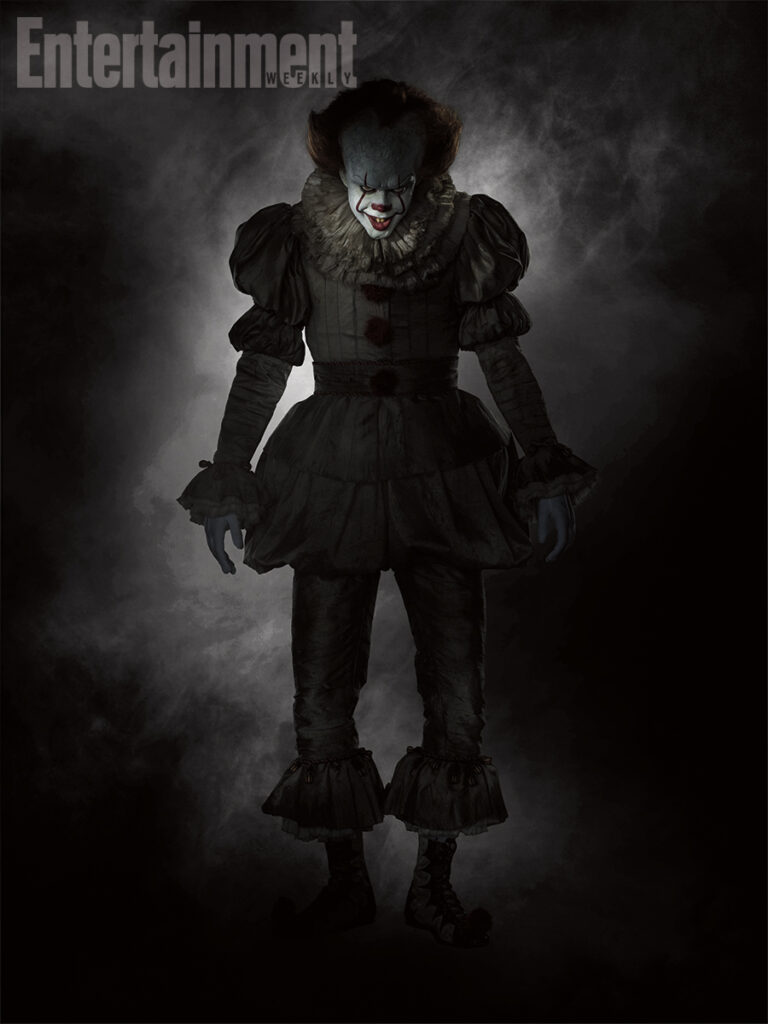 Pennywise is back in a reboot of Stephen King’s horror classic It set to be released on September 8th, 2017.

Bryant tells EW, “The costume definitely incorporates all these otherworldly past lives, if you will. He is definitely a clown from a different time.”

“The costume defintitely incorporates all these otherworldly past lives. He is definitely a clown from a different time. There’s almost a doll-like quality to the costume; the pants being short, the high waistline of the jacket. The fit of the costume is a very important element. It gives the character a childlike quality.”

Pennywise, the ageless supernatural monster who feeds on the fears of children, will be played by Bill Skarsgard, a role made famous by Tim Curry in the 1990 TV series.

And remember, when you’re down here with us, you’ll float too!