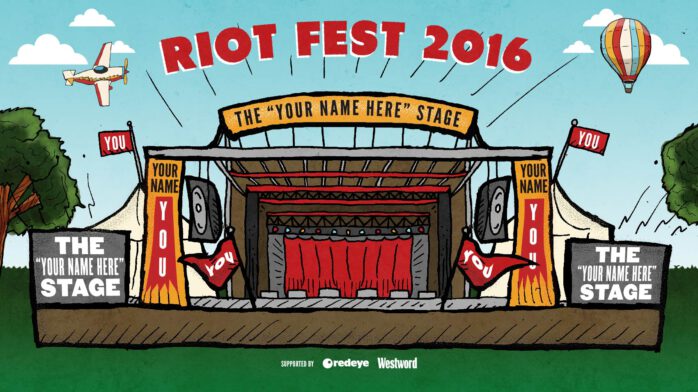 Congratulations to Storyheart Ciangi-Bachtell, the winner of our “Name Your Stage” contest with Chicago’s RedEye to have a stage named in her honor at Riot Fest & Carnival in Chicago next weekend. Even if we thought about it really, really hard, we couldn’t have come up with a lovelier name than Storyheart to contrast our grittier mainstays like “Riot,” “Radical,” and “Rebel.”

In her essay to RedEye, Storyheart shared some of the downfalls that can come from having such a unique name, such as being mistaken for an imaginary friend. “It hurts to be dismissed because I don’t have a ‘normal’ name,” she wrote, before explaining its unique roots. “My mother created a beautiful name and I have had the honor to wear it proudly. I was born on her birthday so she says that I am the story of her life. She has a heart collection and when I was born she said I became her heartbeat. That’s who I am. I am a girl who has a name that I can only hope to live up to. I am Storyheart.”

Well, Storyheart, now you’re a part of the Riot Fest story too! See you at the Storyheart Stage next weekend.