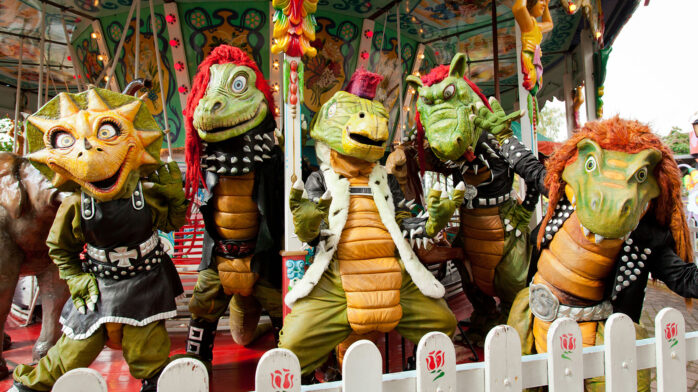 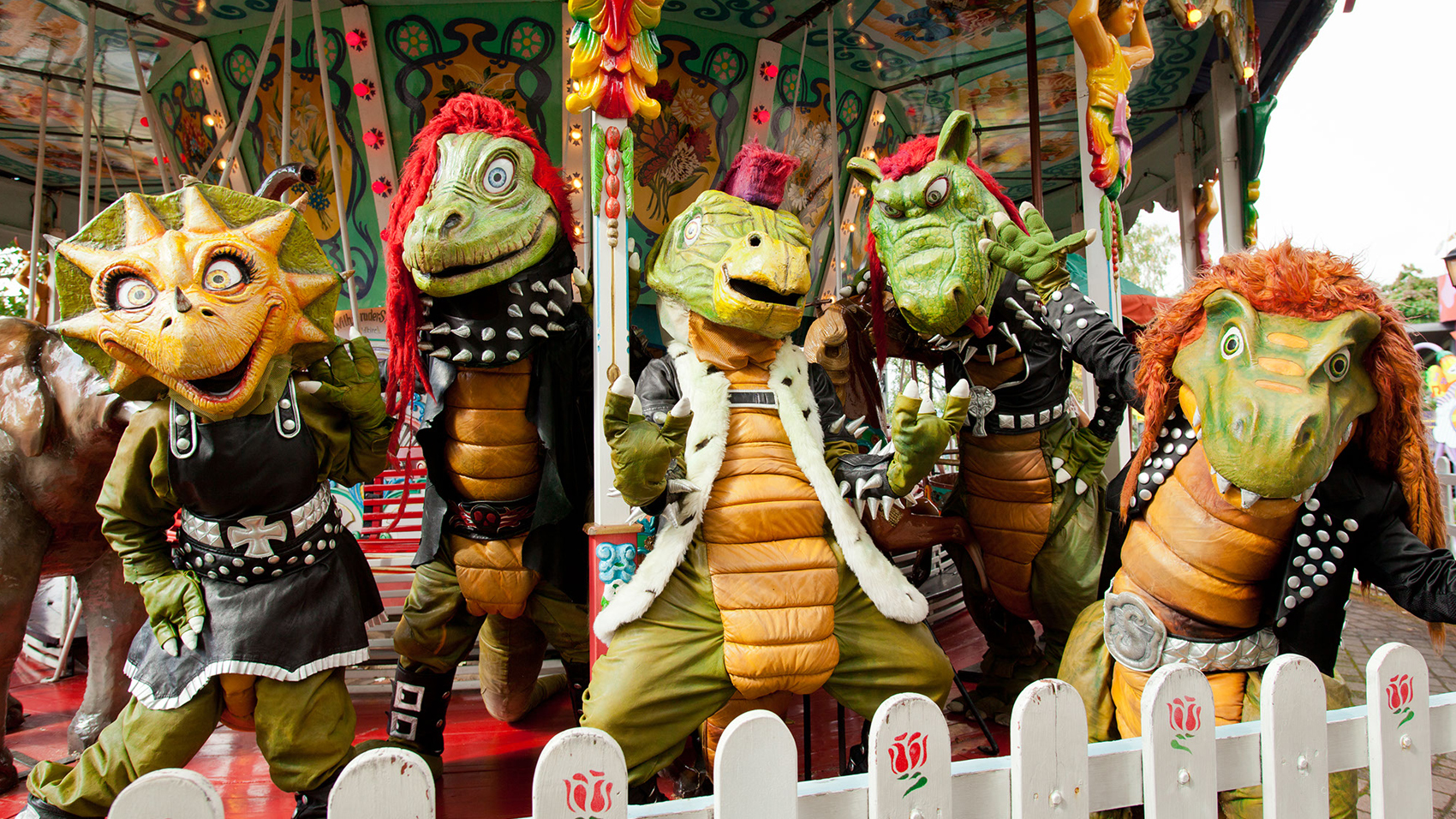 According to legend, five metal dinosaur eggs survived for 65 million years in the mountain of wizards and were hatched in the year 2009 by a lightning bolt and a witches’ chant.  The eggs exploded open and five Hevisaurus’ were hatched. Their names are Herra Hevisaurus, Milli Pilli, Komppi Momppi, Riffi Raffi and Muffi Puffi. They are bloodthirsty warrior beasts, that drink milk, eat cookies, and stay in school.

Hevisaurus has released seven albums of “Jurassic Metal” and have sold over 170,000 copies in Finland and their sold-out shows are capped at a kid-friendly 85 decibels.

Check out the interview Noisey did with them last year and check out the video for ‘Juranoid’ below.