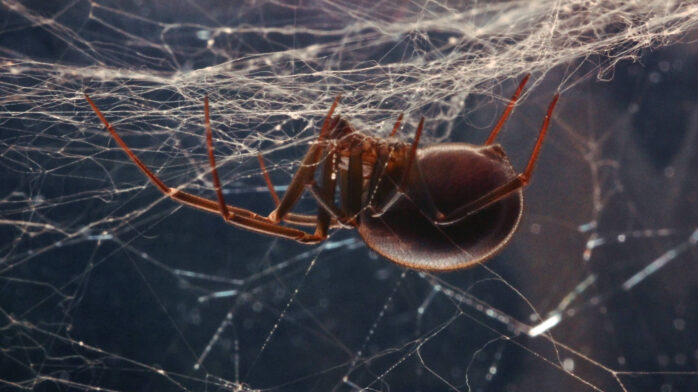 According to the Washington Post, spiders are going to kill us all. In a 2016 entomological survey of homes in rural and urban North Carolina, 100 percent of homes have spiders in them.

Spiders are literally everywhere. They can be found in 68 percent of bathrooms and 77 percent of bedrooms.

On average, 61.84 spiders can be found per home. There is probably a spider within reach of you right now.

The global average spider density stands at about 131 spiders per square meter. Some habitats, like deserts and tundra, are home to fewer spiders.

In another just published study by Martin Nyffeler and Klaus Birkhofer in the journal the Science of Nature they estimate that spiders eat somewhere between 400 million and 800 million tons of prey each year. That includes, insects and other spiders, but larger species eat small animals like lizards, frogs, birds, and even fish. Some studies estimate the amount of meat and fish spiders eat each year as over 300 million tons.

Fun fact, the total biomass of all adult humans on Earth is estimated to be 287 million tons and even if you throw in another 100 million tons for kids, that is less than 400 million tons. That means, if spiders mobilized and really wanted to, they could eat every human on earth in less than one year.

Most spiders eat about 10 percent of their body weigh each day. That means it would take approximately 2,000 pounds of spiders to eat a 200 pound adult in one day.

Spiders could eat us all, but they choose not to or they are waiting for the right time. The only thing we can do is make sure they spiders are fed so they don’t turn on us.