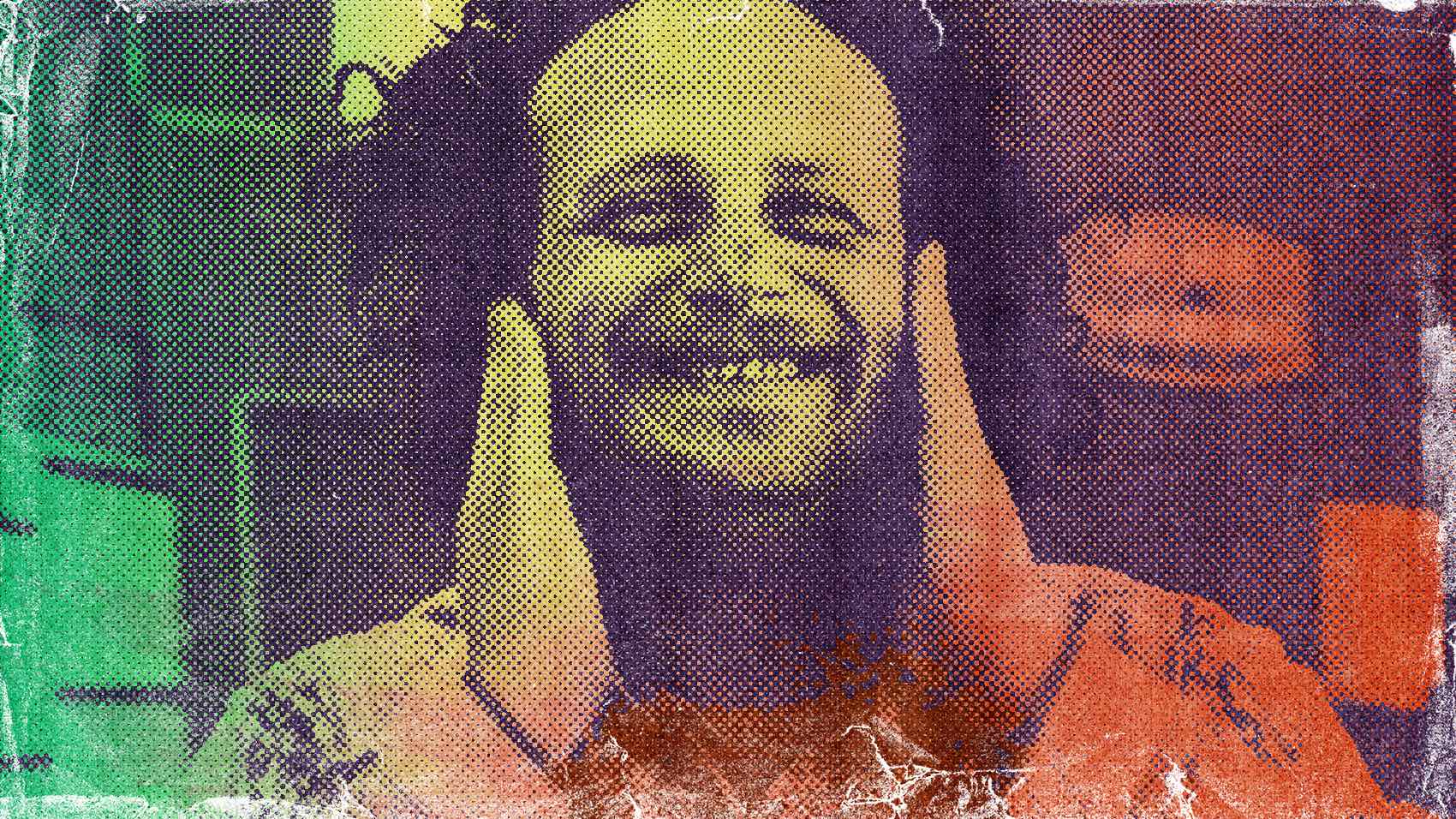 Floating somewhere in the internet ether, in way hazier places than I’d prefer to venture, there’s a photo of me from about eight years ago. In this photo, I’m holding up two copies of An Evening With Wild Man Fischer, and I look proud as an emotional support peacock. After years of fruitless hunting, these twin copies of Fischer’s rare 1968 double LP debut had floated into the used record store where I worked at the time… within a week of each other. Seeing as how I was at the peak of my collector frenzy at this time, I was honor-bound to take them both home with me, despite the challenge it would pose when the rent was due, and despite the fact that I had no real use for a second copy. For a time, these were the pride of my collection (well, along with my copies of Songs of the Humpback Whale in every available format, but that’s another story for another time).

Anyone who knows the album in question would be hard put to begrudge me the youthful excess. An Evening With Wild Man Fischer is an essential, notorious artifact, as pure a document of American madness as anything coughed up by the beats, the hippies, and the punks combined. Depending on who you ask, it’s a work of sprawling “outsider” genius, an oddball 1960s novelty, or one of the strongest pieces of evidence that Frank Zappa was a callous, exploitative asshole. Whatever the case, it demands to be acknowledged; for the sake of argument, we’re going to consider it here as resting somewhere between the first two characterizations.

Wild Man Fischer spent most of his troubled life snatching defeat from the jaws of victory, and that may be the most remarkable part of his story.

It’s tempting to fall back on cliché and say that “they don’t make ’em like Wild Man Fischer anymore,” but really, that ain’t necessarily so. His style is undoubtedly unique, with its bizarre vocal sound effects and casual disregard for meter, but he also had the benefit of drawing attention at a time when there was a lot less going on in the public eye. Nowadays, if you spend ten minutes on YouTube, you’ll likely find scores of people much like Wild Man Fischer: hurt, poor, unstable people, bereft of conventionally saleable talent and desperate to be loved by the world. In our current paradigm of perpetual noise, Wild Man Fischer’s singular street yawp might be much easier to overlook, but in the 1960s, he stuck out like a sore thumb. 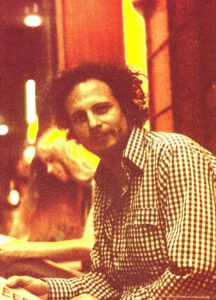 In other words, it isn’t that the Wild Man Fischer archetype is an endangered species, but that the world is no longer built to support his kind. While the viral celebrity meat grinder will occasionally afford a brief extension of the standard Warholian 15 minute allotment to someone like Tay Zonday or The Room‘s Tommy Wiseau, never again will someone be intermittently afforded a life of destined-to-be-squandered opportunities in exchange for idiosyncratic talents the way Wild Man Fischer was throughout his life. To lift a phrase David Bowie once applied to Iggy Pop, Wild Man Fischer spent most of his troubled life snatching defeat from the jaws of victory, and that may be the most remarkable part of his story.

MY NAME IS LARRY

Lawrence Wayne Fischer was born in Los Angeles in 1944. A troubled child, Larry had little to no friends, and spent most of his time alone in his room singing. Though his mother was long disturbed by Larry’s strange behavior, she failed to seek him professional help until age 16, after he threatened her with a knife. Larry was sent away to a mental institution, diagnosed with bipolar disorder and severe paranoid schizophrenia, released, and then sent back again. After making an escape during his second stay, his family wouldn’t allow him to return home, but they didn’t attempt to send him back to the institution, either. Now a legal adult, Larry was on his own.

As such, he turned to the public for much-needed affection. Since there wasn’t yet the option of filming oneself on a phone, posting the video on the internet, then crossing fingers for virality, Larry found himself on the sidewalk along Los Angeles’ famed Sunset Strip, singing original songs for dimes. Sometimes, you could even talk him down to a nickel.

It was during this ostensibly inauspicious period, though, that Larry had his two biggest brushes with fame: he was asked to appear on Rowan & Martin’s Laugh-In (an appearance for which, sadly, there is not decent evidence on YouTube), and around the same time, he made the acquaintance of Frank Zappa, who took him into the studio to make his first album (Larry had previously appeared on a privately-pressed EP compilation entitled Laminas 1 to virtually no fanfare). The result, An Evening With Wild Man Fischer, was bold enough to be a double LP, but it wasted no space: it was packed scrapbook-thick with ephemera from Larry’s life, taking pains to explain his circumstances in complex — and not necessarily flattering — detail, in between audio verité collage and ample examples of his disturbed, exuberant songcraft. Some tracks were studio-embellished arrangements, but much of the record was given over to Larry belting his songs a cappella, much as he did on the streets.

It was perhaps the only album of its kind, a rock-album-as-character-study, a fascinating and singular document of a creativity at least partially fueled by mental instability.

Of course, such stirring, iconoclastic benchmarks come at a cost. Larry’s relationship with Zappa soon went sour, after a paranoid episode where Larry had a fit and threw a bottle perilously close to Zappa’s then-infant daughter Moon Unit’s head. As one might expect, Larry was dumped straight away, and he found himself roaming yet again. This would prove to be the general rhythm of the rest of his life: constant drifting punctuated by brief second chances, each roundly and soundly spoiled by paranoia and general instability. 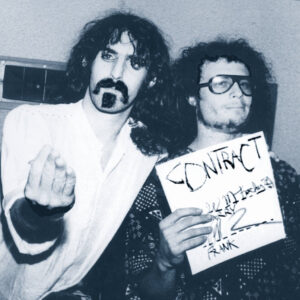 DO THE WILDMAN (FANCY VERSION)

In 1975, Larry stumbled into Hollywood record store Rhino Records, where he was recognized by the staff and asked to record a jingle for their store. When the store started a label to release the song as as a 45 RPM single (RNOP-001), Fischer inadvertently played a vital role in launching what has proven to be the most successful reissue/novelty label of all time. The song got regular play from both Dr. Demento and John Peel (how many records can you say that about?), but Fischer was ill-equipped to capitalize on this notoriety by touring.

Nonetheless, Rhino believed in Larry. The label’s first full length release was also a Wild Man Fischer project, entitled Wildmania; even though that record more or less died on the vine, Rhino believed in Larry, and paired him with what would prove to be his most sympathetic collaborators: Robert Haimer and Bill Mumy, AKA Barnes & Barnes, fellow Dr. Demento favorites thanks to their surprise novelty hit “Fish Heads.” With the two sensitively working around Larry’s mood swings and paranoid episodes, they were able to put together two carefully crafted, synth-heavy Wild Man Fischer LPs, Pronounced Normal and Nothing Scary. Neither felt as much like a benchmark as his debut, but both were more varied, nuanced, and sensitive to Larry’s struggle. Sadly, they didn’t fare any better commercially. 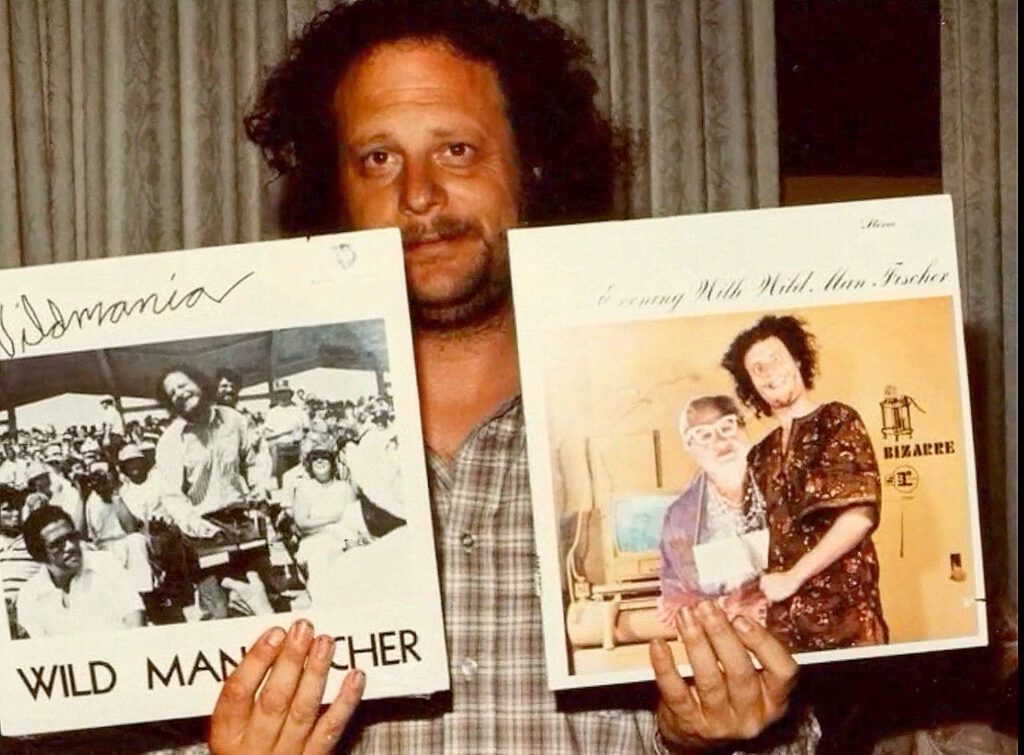 Larry had a falling out with Haimer not long after the release of Nothing Scary, but Mumy stuck with Larry for years, talking to him regularly. Their close friendship continued until Larry found himself in a paranoid episode for six months, wherein he had decided that Mumy and Haimer were conspiring with Dr. Demento, “Weird Al” Yankovic, Mark Mothersbaugh, and others to have him killed. During this time, Larry would call Mumy and his family up to twenty times each day only to hang up, until Mumy was finally forced to change his phone number.

Towards the end of this episode, and after spending some time again living on the street, Larry moved in with his beloved aunt Josephine, only to see her diagnosed with terminal cancer three weeks into his stay. He then agreed to be moved into an assisted-living mental institution. There, they gave him medications which helped control his behavior, but which also eliminated what he called his “pep,” the manic energy that compelled him to constantly make up songs. At the age of 66, after seven relatively peaceful years in treatment, Larry died of heart failure.

WALKING THROUGH THE UNDERGROUND

Wild Man Fischer was an odd anomaly in popular culture, but there are a lot of those. Why still talk about him, then? Good luck stopping his fans. His influence has continued to be felt in pockets throughout the music and pop culture worlds, and he’ll periodically pop up in the most unexpected of places. Shards of Larry’s persona could be easily detected in a variety of popular 1980s personalities, from the Residents to Bobcat Goldthwait to Pee Wee Herman.

“Weird Al” Yankovic has regularly claimed to be a big fan, and has expressed regret that he never got to record with Larry (even if Larry periodically suspected that Yankovic was out to have him chopped to bits and thrown into the ocean).

In 1999, Portland-via-LA experimental rockers Smegma unleashed some previously unheard collaborations with Larry from 1975, under the title Wild Man Fischer and Smegma Sing Popular Songs. In 2004, after a long time away from national TV, Larry was invited to perform on ABC’s Jimmy Kimmel Live; the same year, he was featured in a comic book, The Legend of Wild Man Fischer, by J.R. Williams and Dennis P. Eichhorn. One year later, beloved beatmaker Madlib, working under his Quasimoto guise, collaged Larry into the cover of his album The Further Adventures of Lord Quas and mentioned him in song, and Josh Rubin and Jeremy Lubin premiered a documentary about Larry’s life and struggles, Derailroaded: Inside the Mind of Wild Man Fischer, to underground acclaim. At the time, it almost felt like Wildmania was finally on the rise.

Unfortunately, the Zappa family, rights holders to An Evening With Wild Man Fischer, refused to strike when the iron was hot and reissue the legendary debut album (largely due, it seems, to the aforementioned bottle-throwing incident, a transgression for which Zappa’s late wife Gail never forgave Larry). Who knows what could have happened had the album been in print? As the audience has grown for earnest, strange talents like the Shaggs and Daniel Johnston, could the continued availability of Larry’s records have finally allowed him the reach he’d hoped for back then? Then again, perhaps the scarcity of the record actually served to boost Larry’s mystique. There’s no way of knowing for sure.

Whatever the case, the past is gone, and so, too, is Wild Man Fischer. The internet makes his music a lot easier to hear, and thank heaven for that. An Evening With Wild Man Fischer was finally reissued on CD in 2016 by UK label Gonzo Multimedia. Maybe, just maybe, time will yet smile on Larry’s legacy. Then again, why should Wild Man Fischer’s luck in death be any different than it was in life?