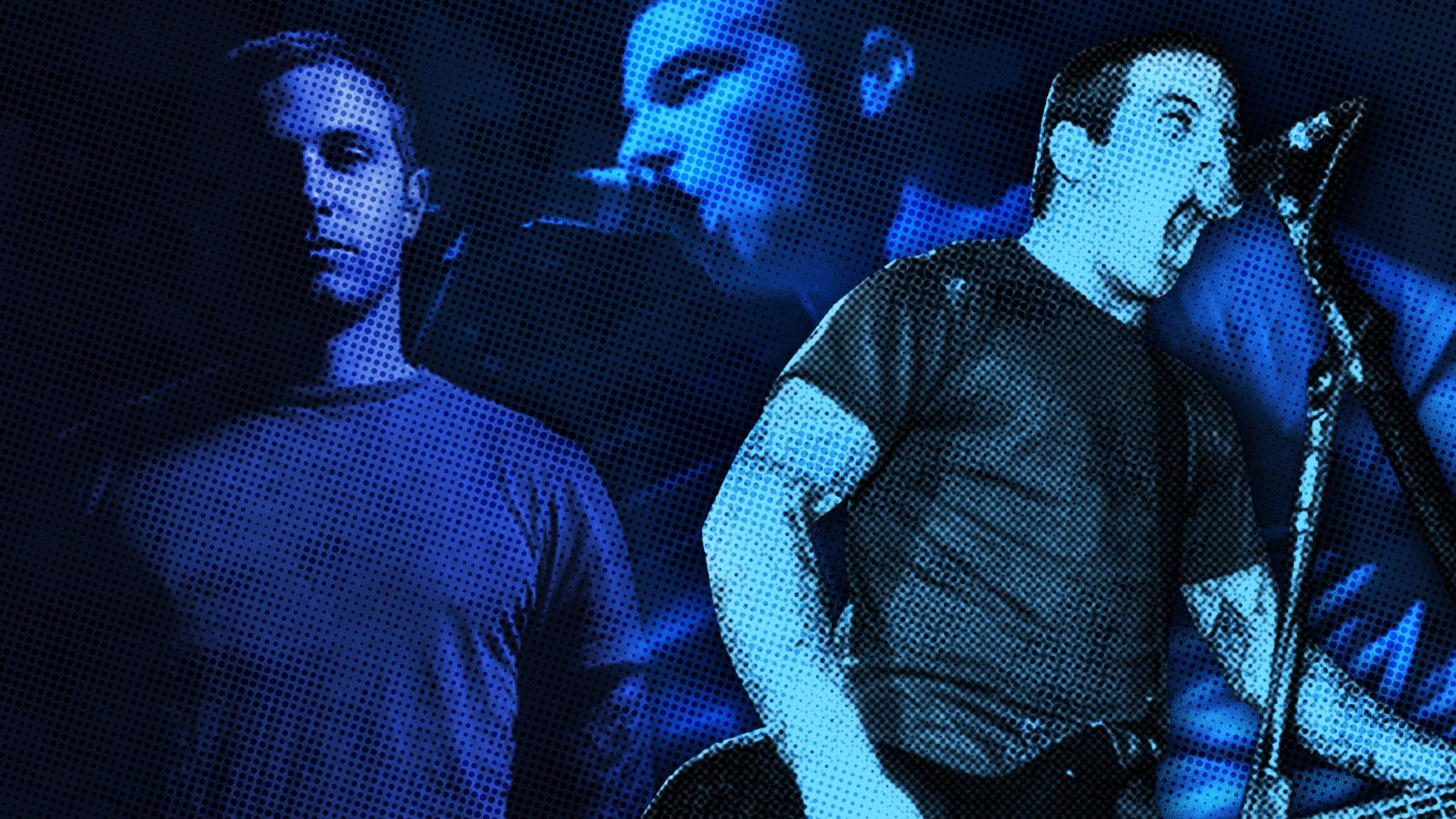 You don’t have to be a baseball fan to romanticize Opening Day — it’s a universal signifier, a reminder that hope springs eternal. And after four nor’easters took turns clotheslining the East Coast off the top turnbuckle for what felt like the entirety of March, last Thursday was a jarring respite. The sun exploded out of hibernation and delivered a 65-degree knockout blow to those final stubborn piles of piss-stained accumulation. Blue skies on Opening Day are the equivalent of a white Christmas — everybody wants it, but we’re rarely that lucky. On this particular day, everything was in place for something special.

Until late afternoon, when the news hit social media: Cave In’s Caleb Scofield had died in a car crash.

Cave In didn’t have a lot to do with ballgames or hot dogs or sunshine or hope (although their music did flirt with the latter in the Tides of Tomorrow/Antenna era). But Scofield — bassist on all five studio albums, and eventually an occasional co-vocalist (he contributed the same talents and more in both sludge supergroup Old Man Gloom and passion project Zozobra) — had his fair share of Americana about him, at least superficially. A husband and father of two who kept his hair perennially close-cropped, Scofield provided a guttural, defiant, undeniably virile counterpoint to Cave In frontman Stephen Brodsky’s increasingly melodic, clean vocal stylings.

“RIP Caleb” posts began to infiltrate Facebook while the rest of the world clock-watched, eager to bail from work a little early, get home in time for a couple innings, pregame for the long Easter weekend, maybe even yank that grill cover off for the first time in six months. Cursory thoughts and prayers are extended when any prominent musician dies, but this one just felt… different. Weirder. More unsettling. And not because Scofield was only 39. Maybe it’s because Cave In established its foothold as underground legends so long ago that it was a shock to learn he was only 39.

The band titled a 1999 transitional EP Creative Eclipses, and those two words couldn’t be more prescient. Fearlessly pivoting from groundbreaking, thrash-infused metalcore to epic space-prog to their take on radio-ready alt-pop to, ultimately, a peculiar hybrid of all of the above, Cave In were the rock ‘n’ roll equivalent of Forrest Gump’s box of chocolates (although they were always cooler than that — more like the Hellraiser puzzle box, maybe). As of March 2018, it certainly felt like Cave In’s indefinite hiatus since 2011’s White Silence was calcifying into permanence, and Scofield’s last credited work with Zozobra and Old Man Gloom was in, respectively, 2013 and 2014. However, it never seemed like he was done. A bass tone and a throat that menacing doesn’t just fade into obscurity.

So, the least we at Riot Fest can do is remember him with these seven epic performances. The most you can do is contribute to the YouCaring page for wife Jen, son Desmond, and daughter Sydney. So many already have, and if that isn’t an indicator of comprehensive respect, admiration, and love, we truly don’t know what is.

In retrospect, it may feel like Scofield’s distinctive roar was all over 1998’s unimpeachable Until Your Heart Stops, but Brodsky gamely took on the lion’s share of the screamed vocals (with help from guitarist Adam McGrath and a murderers’ row of guests, including Converge’s Jake Bannon and Kurt Ballou, Agoraphobic Nosebleed’s Jay Randall, and Piebald’s Travis Shettel). So no, he didn’t handle mic duties on what is widely regarded as Cave In’s best song.

Yet, it only made sense for Scofield to handle the heavy lifting onstage when Brodsky began transitioning to his own immediately identifiable nasal cleans. Hence, we were sporadically gifted with utter gems like the above — from the 2003 Reading Festival — which is even better in that it was executed at some point during the Antenna touring cycle. It’s great that the pro-shot video focuses exclusively on the technically proficient performances, but the cherry on top would have been just one reaction shot of a stoned punter in Cat in the Hat headgear trying to absorb this insanity after the likes of “Anchor” and “Inspire.”
“BIG RIFF” – CAVE IN
From Jupiter (2000)

The first time Cave In really spotlighted Scofield’s voice was the almost seven-minute long epic third song on a then-controversial Jupiter, a major deviation from the bedlam of Until Your Heart Stops that fans only could’ve pretended to foresee if they picked up the aforementioned Creative Eclipses. Conjuring the seemingly disparate likes of Failure and Rush, Jupiter was by far the band’s ballsiest career move.

With this work, Scofield’s serrated lungs would prove to be a valuable bridge to the old days. The troglodyte-simple, hammering, eponymous big riff is obvious — the song launches with it — but when it returns for the chorus, it’s accompanied by Scofield’s vicious, “You’re! Just! A! Coat! Of! Red! In! Hell!”

This unhinged aggression provides a perfect counterpoint for Brodsky’s delicate, forlorn interpretation of (more or less) the same words in the bridge. It’s one of many reasons why this song appeared in almost every Cave In set all the way up to the end.
“SEAFROST” – CAVE IN
From Antenna (2003)

Perhaps the less said about Antenna, the better. Which is not to suggest it’s typical major label sellout tripe — the band members themselves, mostly in their mid-20s at the time, have admitted to struggling with interference from their team at RCA, which may have affected the songwriting. Let’s leave it at this: Most of the record is very catchy radio-rock, an impressive achievement for a band that until then had thrived on indulging the most adventurous digressions.

In interviews, Brodsky has said that he stands by “Youth Overrided” and “Seafrost” in particular, and he’s dead-on. This nine-minute middle-of-album centerpiece really illustrates how Scofield was coming into his own as a bassist. He steers the ship ably, providing solid bedrock for McGrath and Brodsky’s haunting flourishes.
“TREPANNING” – CAVE IN
From Perfect Pitch Black (2005)

This is, without question, Cave In’s most underrated song, courtesy of Perfect Pitch Black, an uneven, but encouragingly rabid response to the RCA experiment. They never did a better job balancing Brodsky and Scofield’s sensibilities, and this is absolutely a showcase for the latter, who charges out of the gates with scathing vitriol.

Both the verse and chorus riffs are electric, and while you may argue that nothing this pissed-off should be this catchy, you can’t possibly sleep on Scofield’s gnarly, corrosive reading of “We’re sick of this shit / so swallow your spit / go fuck yourselves.” “Spit” is the operative word here. Words can’t do it justice… just press play.
“SING MY LOVES” – CAVE IN
From White Silence (2011)

I’ll nominate this as Cave In’s last burst of genius, from what would turn out to be its swansong, White Silence. “Sing My Loves” sounds like it’s going to fall apart from the jump, taking 90 seconds to pull itself together for three seasick chords. Only after four lurching minutes do they pull the rabbit out of the hat—a brittle, hypnotic refrain with lyrics that play like a career retrospective: “Sing my loves / Sing my enemies / Sing my sorrows / We will all sing together.”

Scofield handles this part in the verse, adding a level of uncertainty: Is this a lament? A challenge? Both? Really, it’s just a fucking beautiful song on every level, and well worth eight minutes of your time.
“GIFT” – OLD MAN GLOOM
From Christmas (2004)

This is definitely too much talent for one stage: Scofield front and center, drummer Santos Montano (who also played on Zozobra’s Harmonic Tremors) behind the kit, Converge’s Nate Newton to our left and Isis’ Aaron Turner to our right. This is a rare performance of the outstanding leadoff track to 2004’s Christmas, a rare occasion of Old Man Gloom playing it relatively straight.

We have windswept introductory effects, evocative clean strumming, a morosely sustained group chant, and an explosion of distortion; then Scofield takes charge on the mic three minutes in, cementing an instant classic. The entire Old Man Gloom catalog is worth exploring, but there is no better entry point than “Gift.”
“SOON TO FOLLOW” – ZOZOBRA
From Harmonic Tremors (2007)

Until Brodsky unveiled Mutoid Man in 2012, Zozobra was easily the heaviest of any individual Cave In member’s solo endeavors. The moniker has multiple translations — it specifically refers to a massive marionette effigy set ablaze during an annual Santa Fe festival — but the most relevant to these proceedings is, in fact, “Old Man Gloom.” Which is, uh, a little confusing, given that Zozobra and Old Man Gloom were active at the same time. But as we know, Old Man Gloom were big fans of confusing people who liked them, so no biggie.

One of many cool things about Scofield’s three albums fronting Zozobra (which the other three guys in Cave In contributed to in some capacity, either on record or live) was watching him refine his version of clean(ish) vocals, which only supplemented the dynamism of pounders like “Soon to Follow,” from 2007’s Harmonic Tremors.

Hopefully, in time, we’ll get some of Scofield’s unreleased work. Good thing there’s plenty of excellence to sift through before then.