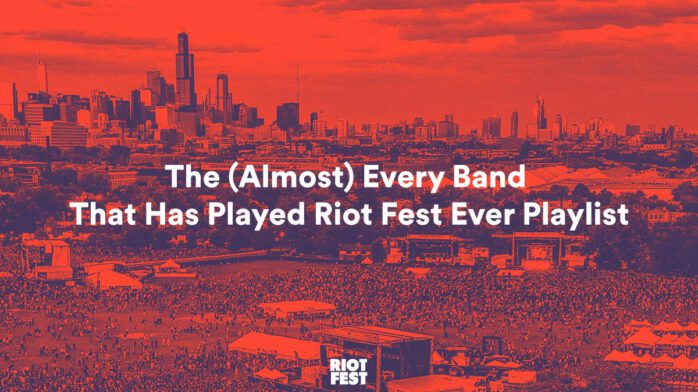 Back in the year 634 AD (or, as we like to call it, 1371 BRF), the Siege of Damascus saw the capital city become the Roman Empire’s first major casualty from the Muslim conquest of Syria.

If you’re in the market for a roof cap, we’d like to suggest that Broan Model: 634 is as good as any you may find. We’d like to, but we don’t know what a roof cap does, so it’d be irresponsible of us to do so.

In other news: Early this morning, United 634 made an adequate landing at George Bush Intercontinental Airport in Houston. The Boeing 737 pulled up to gate C44 at 5:41 a.m., following what was presumably a smooth two hour, 45 minute jaunt from McCarran Airport in Las Vegas.

Those are the most interesting things that pop up when you google “634,” but we’re about to disrupt that notion with the soon-to-be-celebrated The (Almost) Every Band that Has Played Riot Fest Ever Playlist on Spotify. That’s right, we made an intern gather one song from just about every artist that’s ever played our silly little music festival since its inception in 2005, and we landed at 634 songs from 634 artists. Not every Riot Fest artist has a Spotify presence, but we included all we could find.

Don’t be a jerk about it. Just turn on, tune in, and drop out of school or work, because this may take a while (36 hours, 48 minutes, to be exact).

If you’re looking for something to do with your hands while you’re still listening tonight, then get in on the final Riot Fest 2018 ticket presale that begins at 8:00 p.m. over at TicketFly.

And in case you missed it, we announce the first wave of the Riot Fest 2018 lineup Wednesday, May 30. Let’s hope that next year’s number, which will be in the 700s—yields more interesting search results.