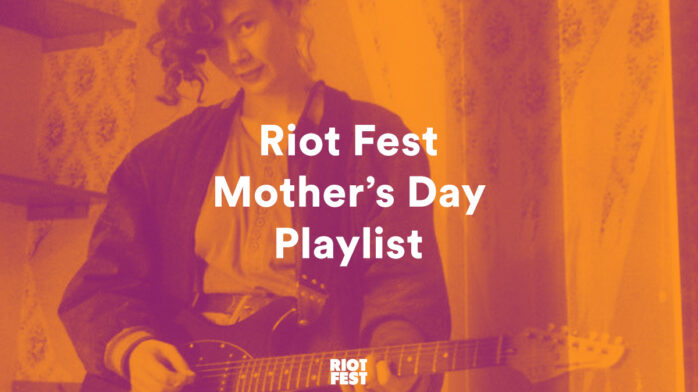 Moms never get enough credit for their contributions to society, and one Sunday certainly won’t make up for all the shit we put them through the other 364 days of the year. Since a playlist that will probably be buried by the content machine by the day’s end isn’t the appropriate medium for discussing the intricacies of paid maternal leave and why “dad bod” is a thing but “mom bod” isn’t, I’ll just focus on one brutally underappreciated aspect of motherhood: Mom Rock.

Similar to Dad Rock, Mom Rock is the kind of emotionally complex “easy listening” music that gets you deep in your feelings, but also allows you to kick back with a glass of wine after a long day of wrangling ungrateful kids. While Dad Rock has at least a little bit of cool cred behind it—it includes near-universally respected musicians, from Neil Young to Wilco and War On Drugs—Mom Rock conjures images of feathered-bang victims who grew up to be functioning “wine moms.” That aesthetic isn’t totally off in some cases (we’ll get to Heart in a second), but Mom Rock is far more nuanced than that.

In the same way that there is little more comforting than a homemade meal from mom, Mom Rock is all about soul-soothing, deeply heartfelt songs. Pour yourself a hefty glass of Two Buck Chuck, spark up a Yankee Candle, and send your mom this playlist as a gift… because a rushed Amazon Prime order can’t save you now, ingrate.

Before your mom was your mom, she was a teenager; probably crushing Old Styles in a parking lot while listening to the Wilson sisters absolutely rip.

The peak of young, dramatic love, Karen Carpenter’s voice sounds like it’s piercing through the crackly stereo of your mom’s old turntable (Sonic Youth’s version is, alternatively, a standard of dad rock).

Snow was seven months pregnant when she performed “All Over” on Saturday Night Live in 1976; her warm, warbly voice is so comforting, like a sonic bowl of chicken soup.

Speaking of Joni, she sings of her daughter who was given up for adoption and the cruelty of aging on this 1982 gem. Less overtly melancholic than her other song for her daughter—“Little Green”—but deeply affecting all the same.

Considering she had kids before she even started her solo career, Carole King has always been the ultimate mom rocker. She further cemented that status when she re-recorded this song with her daughter, Louise Goffin, for the Gilmore Girls theme.

The truth isn’t only that love is meant for beauty queens, but also that one bottle of discount pinot grigio deep, this song is so sad that it might literally kill you. Moms, we beg of you: do not drink and Janis Ian. We just love you too much to risk it. [Riot Fest is not responsible for any Janis Ian-related casualties stemming from this playlist -RFed]

While Carly Simon and James Taylor wrote this song together when they were new parents, their vivacious performance hides the fact the couple was almost always on the outs—kind of like when your parents weren’t ready to tell you they were divorcing yet (*frowny face*).

Rickie Lee recorded Flying Cowboys while pregnant with her first daughter, and the album’s sound bears the patina of that milestone. She has the kind of subtle-cool-quiet-strength that moms tend to instinctually possess.

It doesn’t matter whether or not you’re a mom—if the raw feminine energy in this song doesn’t make you lose your fucking mind (in a good way), you should see a doctor.

Though he wasn’t a mom, Tom Petty is a hallmark of the genre. His cool-headed air and cute-but-non-threatening face is what Mom Rock dreams are made of. You both probably wish he’d been your dad.

Neko Case is part of what I consider to be the new vanguard of Mom Rock. The smart everywoman Case is the kind of artist you feel like you’re shooting the shit with when you listen to her songs—a lot like how you might feel when you’re gossiping with your own mom.