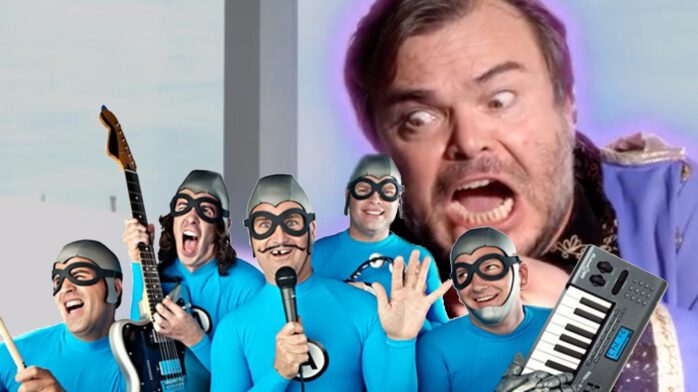 Join Forces and Be Part of “The Aquabats! Super Kickstarter!”

Starting at $11, you can pledge to help the Aquabats record new music, make new episodes of The Aquabats! Super Show! and find a new home, help the kids and help the world. The more they’re able to raise, the more new albums and TV episodes The Aquabats can create and share. Pledge rewards range from limited edition merchandise and customized voicemail greetings, to private pizza screenings and even the option to be installed as Prime Minister of a private island named Aquabania.

The Aquabats would like you to know: “We’ve sent out the call to the Legion of Righteous Comrades, and around the world, good people have started to come together. So if you want a world with more land sharks, and Cobramen, and giant insect robots, and wizards, and pizza, your time has come too: Join us!”

The world’s greatest rock band of superheroes are also performing at Riot Fest 2018, so don’t miss out!