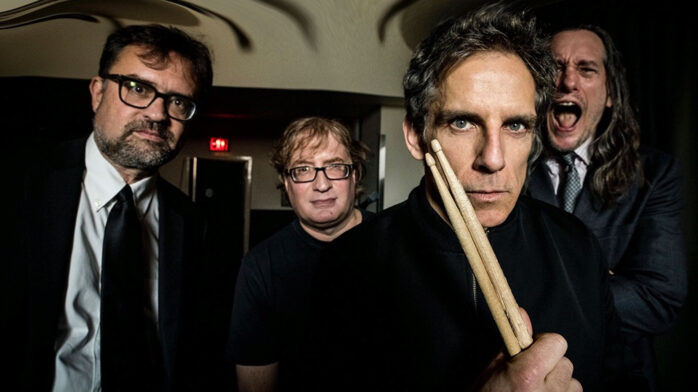 There’s Something About Ben Stiller’s Punk Band. The Secret Life of Capital Punishment.

Unless you’re Avenged Sevenfold drummer Brooks Wackerman or Radkey, chances are likely that the band you played in as a teenager amounted to absolutely nothing (but a good time).

The same can’t be said for Ben Stiller’s punk band of yore, Capital Punishment. Earlier this year, Rolling Stone announced that the band’s reecently unearthed LP, Roadkill, was being reissued by Captured Tracks. You’d think that’d be all of it, however Record Store Day just announced its 2018 Black Friday release schedule, and it includes new music from Stiller and his merry band of pranksters. This Is Capital Punishment is a 12″ EP that comes out Black Friday (November 23, 2018), and features four new tracks, plus a re-recorded version of Roadkill‘s “Confusion.”

Here’s an artist’s rendering of Stiller’s parents reaction to the band practicing in their garage:

This is the first new music from the band in 35 years. In the years since the band (that never played even one show) broke up and the members moved on to various adultings: one is a documentarian, another is a Czech literature professor in London, one is a justice of the Supreme Court of Arizona, and the other became Zoolander.

Here’s Roadkill in all its glory, and it’s followed by a list of 35 other sweet releases you may want to keep your eye on come Black Friday (including quantities).