Some sounds that remind me of home: The muffled bleeped-out yelling of a reality show playing in another room. WXRT at 5 PM, playing from my parents’ clock radio while my mom gets in her “lounging outfit” before dinner. The garage door opening as one of my parents gets back from work. A stream of bathwater gurgling into the tub.

I haven’t lived in the Chicago suburbs for close to a decade now. I typically only make it back to visit a couple times a year, so I’ve also come to associate these sounds with home, and the holidays in particular.

As far as music though, there’s not much that reminds me of home (at least not in terms of literal, specific memories), or that puts me in a holiday spirit. On Christmas morning, my parents put on the same albums that have been in the CD player for four presidencies now: the Elf soundtrack, a compilation called Have Yourself a Jazzy Little Christmas, and Ally McBeal: A Very Ally Christmas. (Also, Paul Simon’s Graceland, just because it’s always the next CD in the changer). But removed from the physical context of their house, those records do nothing for me sentimentally.

This lack never occurred to me until last year, the first holiday season where I didn’t go home. That Thanksgiving, which I spent alone in my apartment in Queens, passed with only a twinge of sadness. Despite the Joni-Mitchell-”River”-esque turn of having to throw out half of my scratch-made pumpkin pie after it got moldy because there was no one else around to help finish it, it was less of a dark occasion than I’d expected.

Not long after that, I heard the Lou Reed song “New Sensations.” In one of the first lines, he sings as an aside, “Two years ago today, I was arrested on Christmas Eve.” Even beyond the obvious reference, something about the song tracked perfectly into the holiday spirit groove of my brain. With a four-on-the-floor beat, spacious guitar, and a bassline that dangles on the precipice of goofiness, it felt like it had the same sort of kitschy, tinsel-y glimmer as “Christmas Wrapping” by the Waitresses. It’s not exactly a Christmas song, but I soon came to treat it as one. I started to listen to it obsessively. And almost exclusively.

Eventually, I went back and listened to the rest of the album it was from, also titled New Sensations, which came out in 1984. It opens with Reed, over nothing but an urgent drum beat, pouting, “You broke my heart and you made me cry / You said that I couldn’t dance.” From there, it tumbles into a swinging pop song. The track, called “I Love You, Suzanne,” sets the tone for the rest of the record, a dance-y, melodramatic, and bizarrely upbeat exploration of petty domestic turbulence.

New Sensations had two singles, “Suzanne” and the similarly cheesy “My Red Joystick,” in which Reed pleads for his ex to take everything (“Take the kids, take the stocks, baby, take the rugs”), but to, please, leave him his video game controller (which is also featured on the album’s cover). Having listened to the album countless times by now, I don’t understand why the title track wasn’t released as a single. It’s far and away its best song, at least in my opinion, although the only other person I know who’s even heard the album is my boyfriend, after I showed it to him, and he disagrees. (For what it’s worth, he thinks it’s the following track, “Doin’ the Things That We Want To,” Reed’s ode to Martin Scorsese movies in which he raps about Travis Bickle and Mean Streets’ Johnny Boy, “In a way, you guys are the best friends I eva’ had!”) Undeniably, though, “New Sensations” is only song on the album where he doesn’t sound like he’s making a concerted effort to fuck around.

I don’t understand how so many people come away from listening to Lou Reed thinking he’s a total sourpuss. I think one of his most underrated qualities is the dumb, lowbrow sense of humor he had. Around the time of the album’s release, in an interview on the New Zealand TV show Radio With Pictures, Reed said of his music, “I would like to hope that you could at the very least get a good laugh out of me.” New Sensations may be the most explicit evidence of this. He was of the rare breed that is equal parts self-serious and self-aware, which is what made him so funny, usually on purpose. In “Turn To Me,” describing to the listener how much he loves and will always be there for them, he goes, “I’m just a phone call away!” in what I can only describe as a straight-up Adam Sandler voice. His delivery on “The Great Defender (Down at the Arcade)”—the album’s last and probably worst song—is similarly nuts, centered around the conceit that Lou was really good at video games and, seemingly because of that, was “awarded the Nobel Prize for rhythm and blues.”

But unlike the dark humor that characterizes most of the rest of his oeuvre, New Sensations is more of a screwball comedy. There’s a sense of lightness and comfort that permeates it more than anything else—it is very clearly the work of a man who’s settled into middle age and made a little money (partly from doing a self-referential Honda scooter ad). He references sobriety, his wife, and, in what seems like about half of the songs, sitting around and watching TV. Even how he got actually arrested that Christmas Eve was fairly unexciting, by the standards of a transgressive, nihilistic rock ‘n’ roll animal: trying to fill a forged prescription at a pharmacy on Long Island. Being from the suburbs leaves an indelible mark on a person, even (or especially) if they become an almost cartoonish mascot for the city they adopted. Lou Reed, at his core, was a deeply suburban man, and New Sensations, in all its corny domesticity, is the proof.

I think it was that sense of bizarro comfort that made me latch onto it. I wasn’t going to be able to recreate the experience of being home for the holidays, but New Sensations sounded like a close enough approximation. It felt like it mostly captured the spirit of my family’s Christmas, which has always been spent largely in pajamas, in front of a TV. (If I think about what I tend to miss most about home, aside from my family, it’s usually cable.)

As much as I’ve grown to love the album as a whole, “New Sensations” was and always will be The One for me. It’s hard for me to hear it and not think back to how I spent last Christmas Day, listening to it on repeat while I walked around a nearly desolate Coney Island, until I went back to my apartment to walk my dog, order Chinese food and listen to it a few more times by the light of the mini tree I’d put up next to my couch. It sounds like a bridge between the urban and the suburban — not necessarily a mix of the two, but more so just how it feels to make an actual home in the city.  If this all sounds a little sad written out, I promise you, it was a nice day. It actually kind of felt like I was celebrating something.

This year, I’m going back to be with my family again. Something about this holiday season feels less festive than even the last. It’s probably just the circumstance; I’m busier now, and I’d forgotten how traveling, while exciting, is exhausting. But still, I’m trying to make an effort, so I put up another mini tree for the interim between my Thanksgiving and Christmas trips. While I decorated it, I listened to New Sensations. 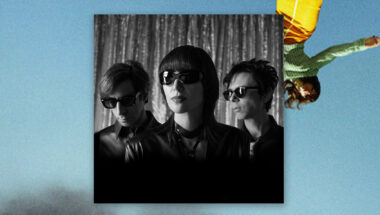 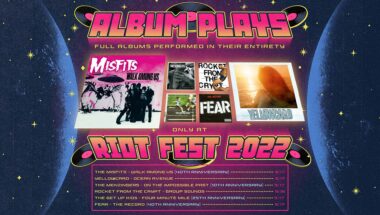