Saturday, September 12: Damien Echols and Jason Baldwin of the West Memphis Three will take stage as part of a panel moderated by Henry Rollins to discuss their history, journey to freedom after over 18 years in jail and the way music activism contributed their release. Arrested in 1993 as teenagers, Echols, Baldwin and Jessie Misskelley were convicted of the murders of three young boys in West Memphis, AR and sentenced respectively to death and two life sentences, despite a dearth of physical evidence. Police and prosecutors advanced the theory that the boys were killed in a satanic sacrifice, using the Three’s love of metal music and Echols’ interest in the occult as ‘proof’. Eventually the case caught the attention of activists like Henry Rollins, who worked with other vocalists from various rock, hip hop, punk and metal groups and members of Black Flag and the Rollins Band on the compilation albumRise Above: 24 Black Flag Songs to Benefit the West Memphis Three. Others like Johnny Depp, Pearl Jam and Patti Smith performed at benefits. Criticism of the prosecution grew louder and DNA science advanced, excluding them. In 2011, the Three agreed to a plea bargain and were freed.

A second panel, named Basement Screams, will take place on Sunday, September 13 and will feature Joe Principe (Rise Against), Jeff Pezzati (Naked Raygun), Brendan Kelly (The Lawrence Arms), Nan Warshaw (founder, Bloodshot Records), Daryl Wilson (The Bollweevils) and Dem Hopkins (owner of the legendary club Oz). Moderated by independent stalwart Joe Shanahan (founder/owner of Metro), the panel will focus not only how Chicago’s independent and punk rock scene has taken shape over the last several decades and created its own unique identity, but also the trials and tribulations in maintaining independence despite hardships.

Finally, Sunday 9/13 will also feature a special performance by punk poet, Dr. John Cooper Clarke. Dr. Clarke’s biting, satirical, political verse resonated with the punk movement; he toured with The Sex Pistols, The Clash and Buzzcocks as well as Elvis Costello. He recorded seminal albums with his band the Invisible Girls for CBS Records, and published a massive poetry book called “Ten Years in an Open Necked Shirt”. He tours internationally to this day. 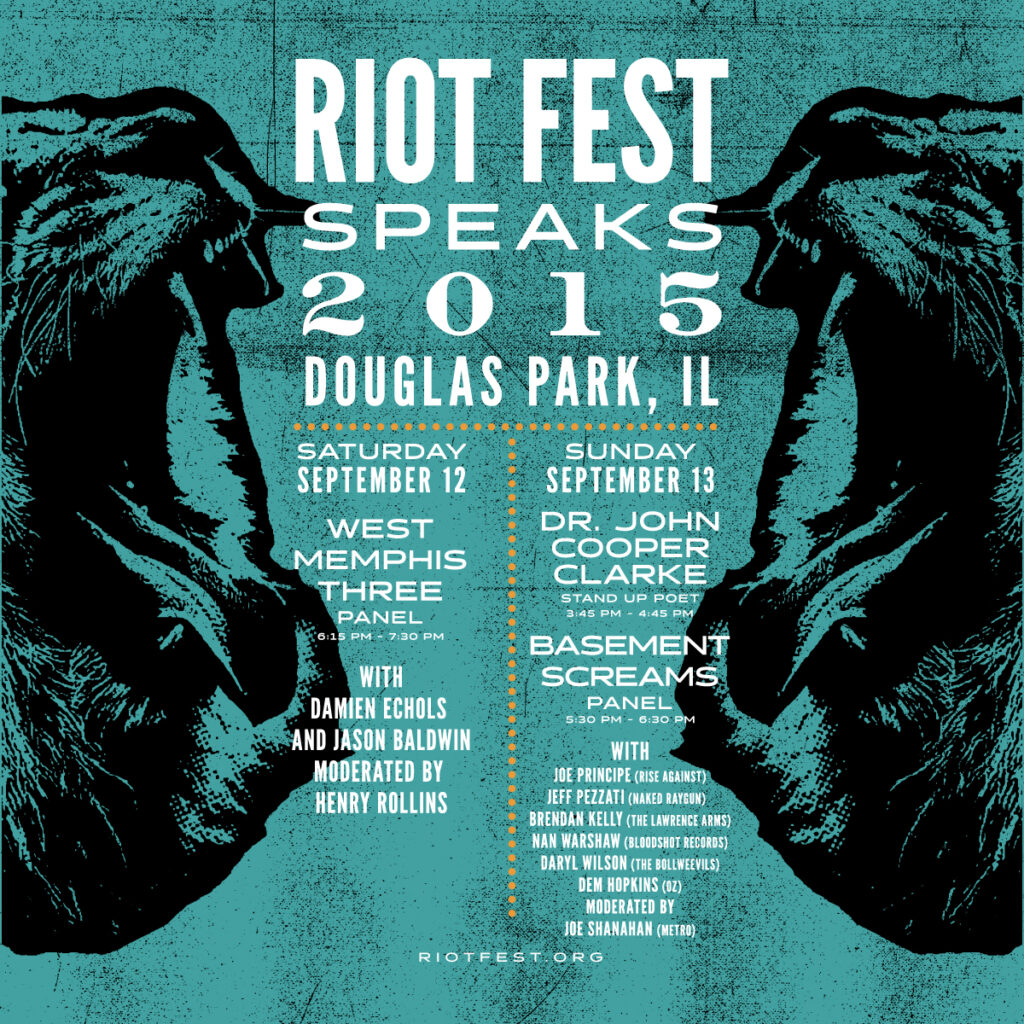