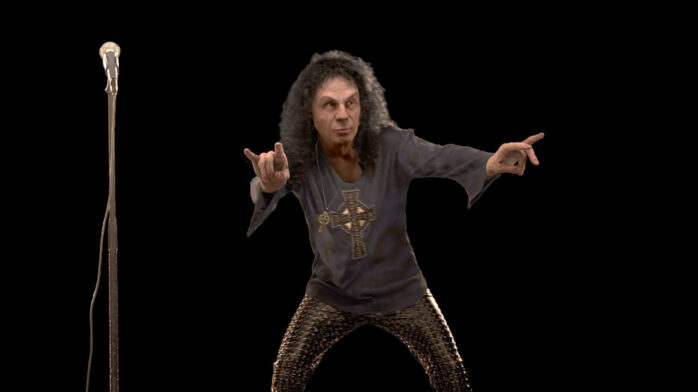 The hologram, which took over a year to make, was created by Eyellusion using thousands of photos and videos of the singer.

“I cried the first time I saw it. It was quite, quite scary. Our crew, when they first saw it at rehearsal, they were in tears. It’s absolutely amazing.” Wendy Dio, RJD’s widow, told Rolling Stone.

The Ronnie James Dio hologram performed “We Rock” with Dio Disciples, a band that features his former band mates and friends.

Dio Disciples guitarist Craig Goldy, who joined Dio in 1986 said, “It was very surreal. I could see him – he was moving and singing – but I couldn’t touch him. It was surreal almost to have him here again.”

The performance in Germany, may be just the beginning of Hologram Ronnie. Eyellusion and Dio Disciples have plans for the hologram to perform up to 14 songs and launch a tour in 2017.