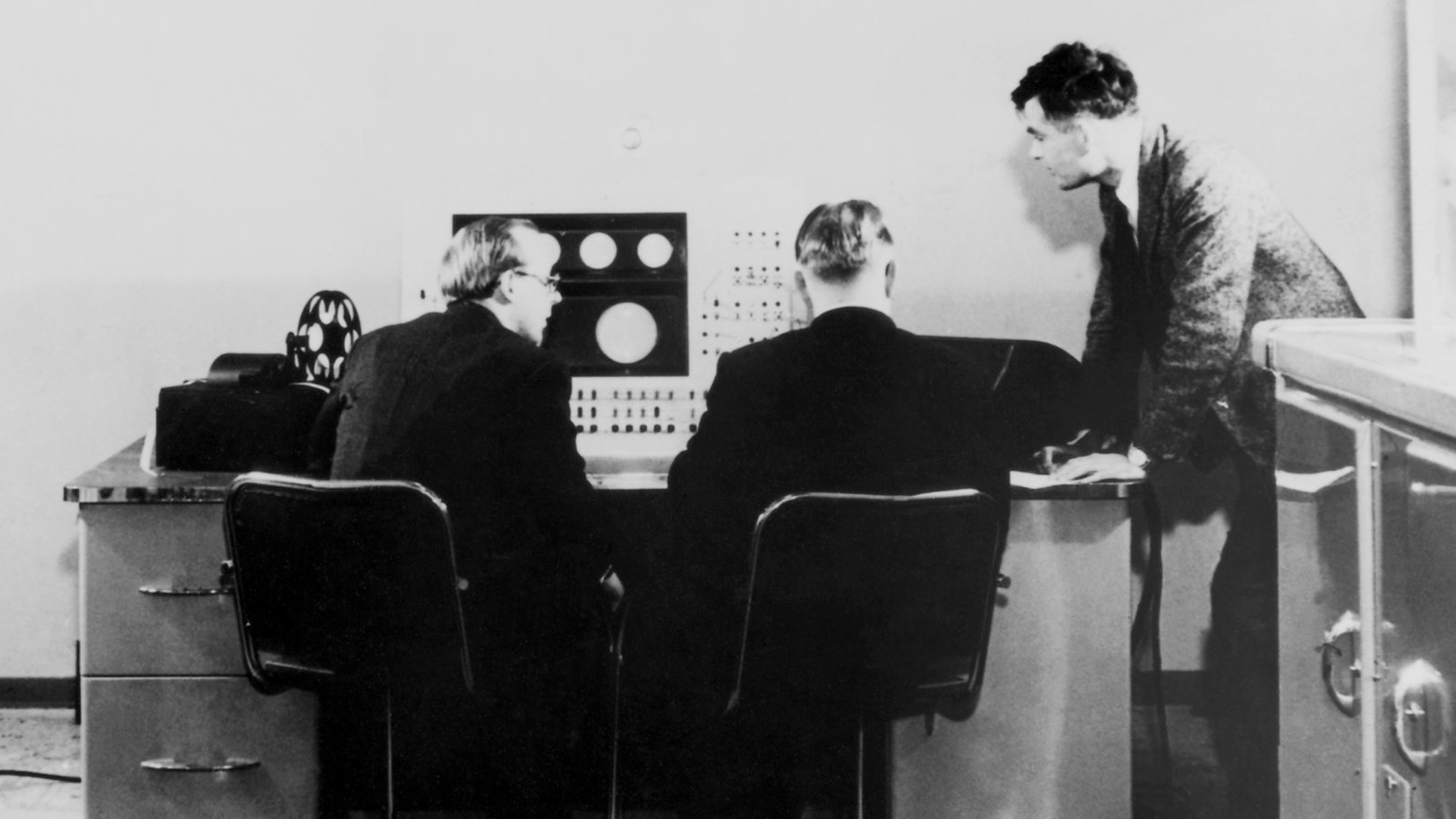 In 1951, Alan Turing recorded what is believed to be the first ever computer-generated musical tones.

It was created by a BBC outside-broadcast unit at the Computing Machine Laboratory in Manchester, in England, and now researchers in New Zealand have restored that recording.

The two-minute recording features short snippets of three songs, God Save the King, Baa Baa Black Sheep and Mood by Glenn Miller. The sound has been compared to “electronic bagpipes” and paved the way for synthesizers and eventually electronic music.

Turing knew he could program songs into the machine, but he had little interest in stringing them together into songs. Fortunately, Christopher Strachey, a school teacher, programmer, and musician, was able to code the first three songs into Turing’s machine. When Strachey played the song back to him, Turing responded “good show!”

Alan Turing was an English computer scientist, mathematician, logician, cryptanalyst and theoretical biologist. He played a pivotal role in cracking the Nazis’ Enigma Code and helping to end WWII.

In 1952 he was prosecuted for homosexuality, which was still a criminal act in the UK, and forced to undergo chemical castration. He killed himself in 1954 at the age of 41. He was officially pardoned by Queen Elizabeth II in 2013.