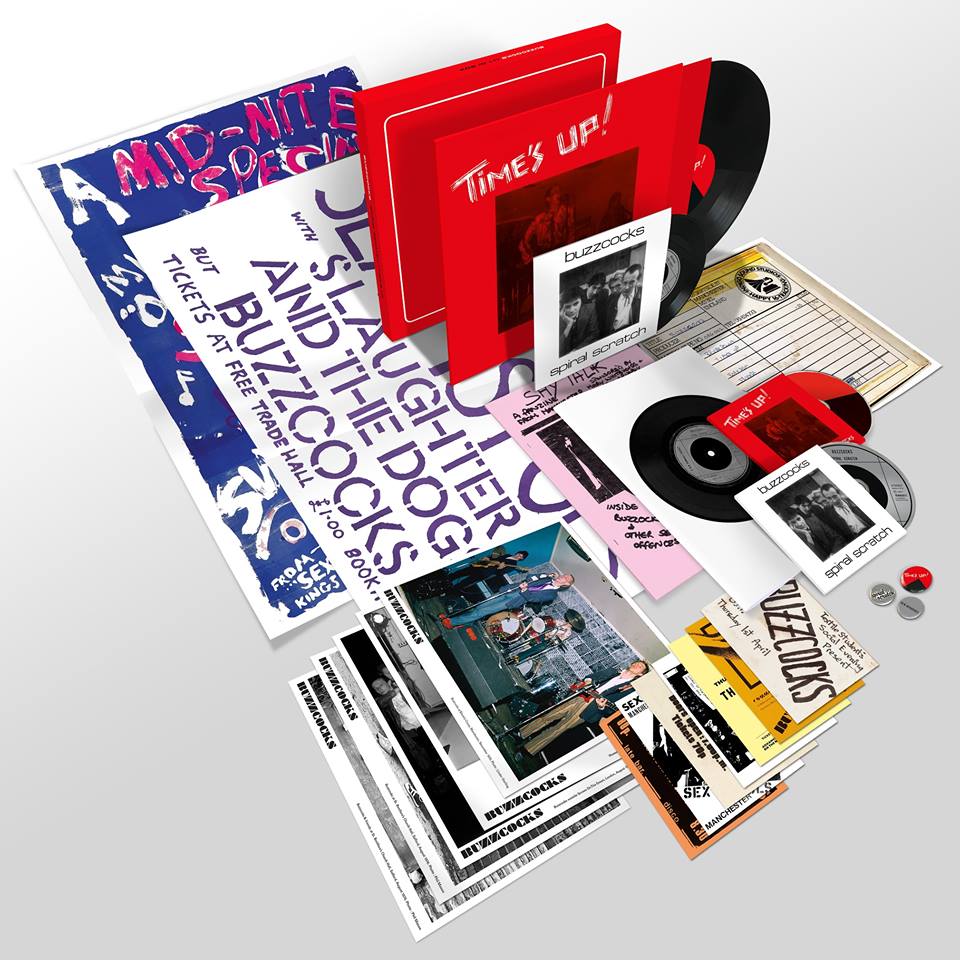 Or you can get both reissues in a limited edition box set called Buzzcocks (mk.1) Box. It will include Spiral Scratch, Time’s Up, various 8 x 10 photos, reprinted concert posters and flyers from 1976, pin badges, the Spiral Scratch story and a brand new edition of Shy Talk fanzine.

They announced on facebook earlier today, “40 years since the release of Spiral Scratch, we’re thrilled to announce the Buzzcocks Mk.1 box set – out March 10 on Domino Recording Company. Limited to 1000 hand-numbered copies, you’ll find Spiral Scratch and Time’s Up re-pressed on vinyl and CD alongside a raft of rare ephemera – posters, photos, flyers, badges and a brand new edition of Shy Talk fanzine. Order here: http://smarturl.it/Mk1Boxset”

Limited to 1000 copies globally, each Buzzcocks Mk.1 is hand numbered and housed in a rigid outer box with lift off lid. Contents:


Time’s Up
You Tear Me Up
Breakdown
Friends Of Mine
Orgasm Addict
Boredom
Times Up
Lester Sands (Drop In The Ocean)
Love Battery
I Can’t Control Myself
I Love You, You Big Dummy
Don’t Mess Me Around

Spiral Scratch
Breakdown
Time’s Up
Boredom
Friends Of Mine