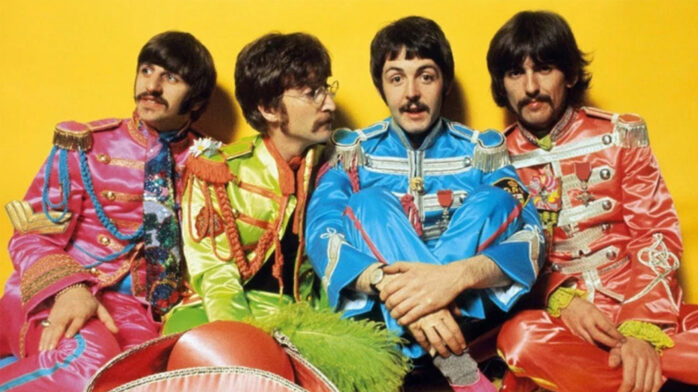 Were the Beatles actually punk? An investigation 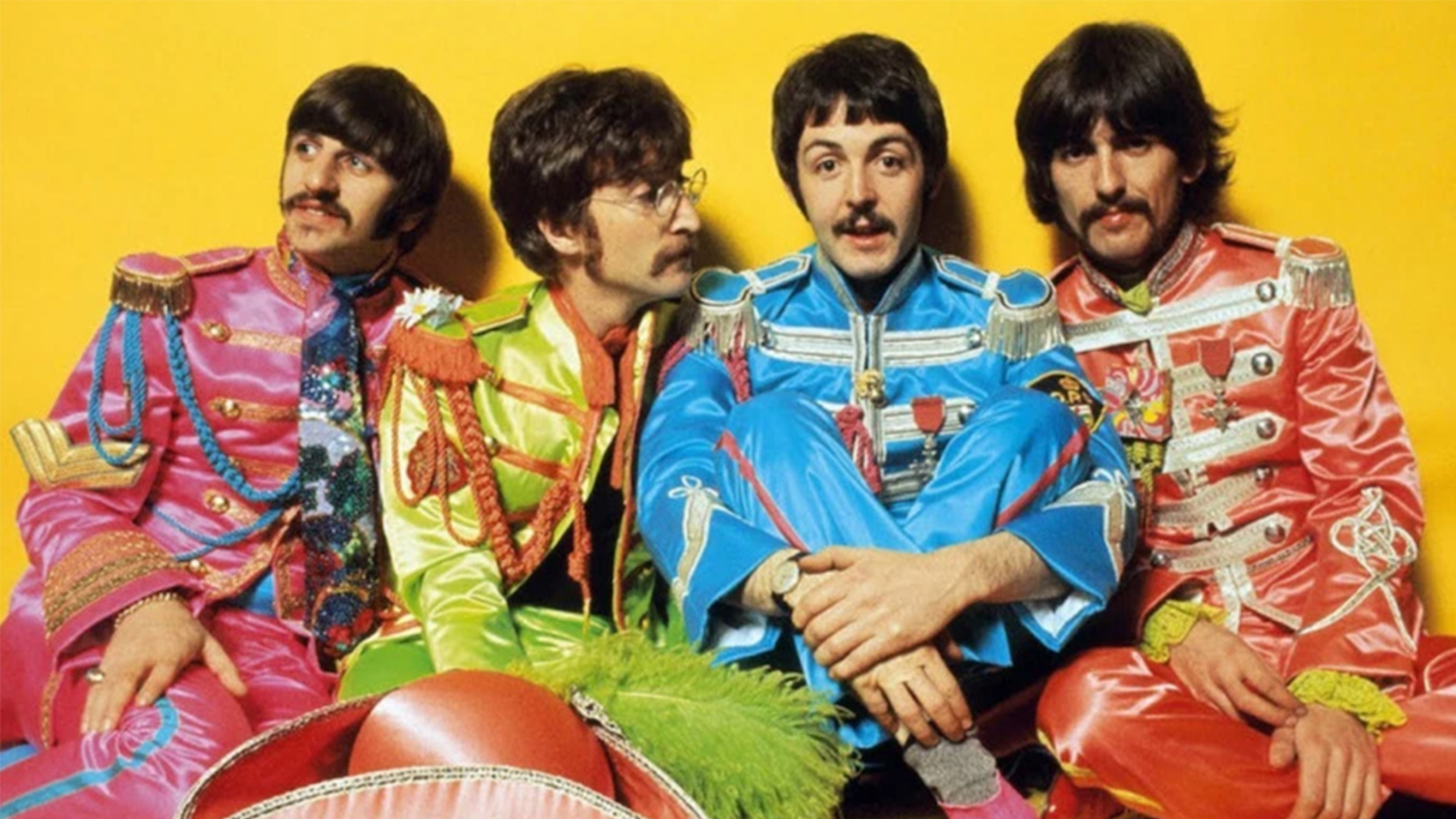 When the first punk bands started coming together in the mid-Seventies, the Beatles were on the hit list of bloated hippie-era dinosaurs who’d grown fat and rich off the counterculture who the new wave of rock rebels meant to batter into irrelevancy in a barrage of cranked-up rockabilly riffs. Since then it’s become something like received wisdom that the Beatles, with their Day-Glo marching uniforms and hippie-dippy “All You Need is Love” bullshit represent the antithesis of everything that punk’s about. But recently, while walking around listening to the new remixed version of Sgt. Pepper’s Lonely Hearts Club Band that was released last Thursday on the album’s 50th anniversary, I started to wonder: underneath all the sitars and goopy ballads, were the Beatles actually punk?

THEY DID A SHIT TON OF DRUGS

Obviously Sgt. Pepper’s is so drenched in LSD that Timothy Leary deserves an executive producer credit, but outside of their psychedelic explorations they also consumed drugs on a level that would have made Sid Vicious raise an eyebrow. In their earliest days when they had a residency bashing out Chuck Berry covers in Hamburg the band basically lived on amphetamines and beer. After getting all “rocking horse people eat marshmallow pies” on Sgt. Pepper’s, John Lennon developed a taste for heroin that he turned into two of the meanest smack anthems ever recorded. Lennon was also an all-star boozer who during the Seventies got kicked out of a Smothers Brothers gig for getting blackout drunk on Brandy Alexanders and brutally heckling the pair.

THEY LOOKED GREAT IN LEATHER JACKETS 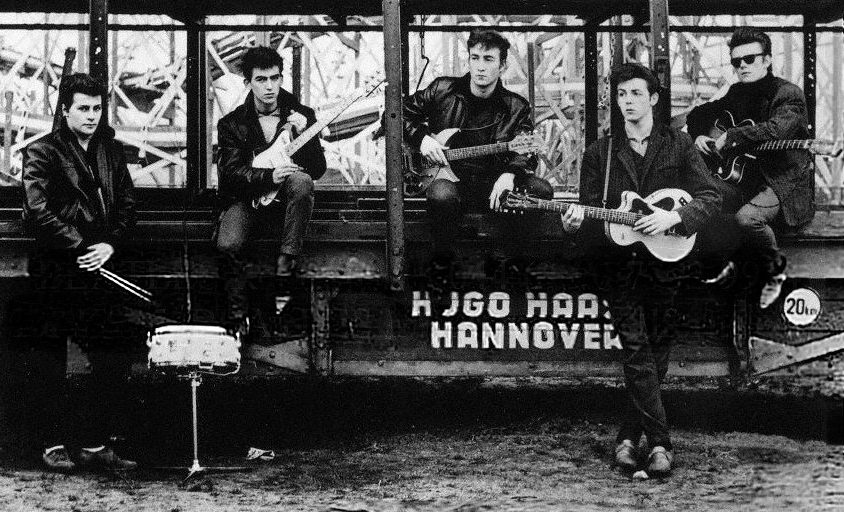 Just look at these fucking babes looking like they’re hanging out killing time before beating James Dean’s ass and stealing his lunch money.

THEY HAD A REALLY FUCKING STUPID BAND NAME

Picking an embarrassingly stupid name and sticking with it despite common sense pointing emphatically in the opposite direction is a time-honored punk tradition, and one that the Beatles were waaay ahead of the curve on. Like seriously, the Beatles? With that pun stuck awkwardly right in the middle? The name was originally inspired by Buddy Holly & the Crickets, and they somehow managed to come up with a name that was even dumber than “The Crickets.” Then they expected people to take them seriously as musicians and for some reason people did.

THEY MADE FUN OF RICH PEOPLE AND POSEURS. A LOT.

The Fab Four had a pronounced anti-establishment streak from the very start. As Beatlemania first started to crest the band was invited to play for a theater full of royalty and aristocrats. John Lennon couldn’t resist roasting the audience with one of the most iconic acts of reverse heckling in rock history. Later he started taking shots at countercultural poseurs and fake revolutionaries on “Revolution,” which stands as one of rock’s earliest and most brutal diss tracks. The fact that Lennon was talking shit about street-level hippies from the comfort of a super-luxurious British estate may have been hypocritical as hell, but it also predicted the tendency of future well-to-do punk bands criticizing less insanely wealthy fans for their politics.

RINGO DIDN’T REALLY KNOW HOW TO PLAY THE DRUMS

If punk’s essentially a rejection of the very concept of virtuosity in professional music making, then Ringo was the first punk. Dude could keep a solid beat and he could occasionally stumble into a killer–if not exactly flashy–fill, but you can go into any practice space complex at any time of day and find at least four or five drummers who could totally destroy Ringo face-to-face. When Paul McCartney was once asked if he thought Ringo was the best drummer in the world, he replied that Ringo wasn’t even the best drummer in the Beatles, which was factually true. But he never let his lack of skill get in the way of his playing, and more importantly he never seemed to give half a fuck what people thought about it.

“Helter Skelter” is one of the best punk songs ever recorded. Don’t @ me.

THEY HATED THE BEATLES

Calling the Beatles bloated and overrated has been a favorite activity of punks since day one, and like with so much else the Beatles was ahead of that curve by years. After the group’s breakup, Lennon took shots at the band, its fans, and his former bandmates in interviews and the lyrics of his solo albums. In later years, Lennon and Harrison both had harsh words for the band’s most ambitious work. If you think you’re being an edgy contrarian for calling Sgt. Pepper’s bloated, unfocused, and not worth the hype, know that the Beatles were on that shit way before you.