The Blood Of Gods, the new album from GWAR, is scheduled for release on October 20th via Metal Blade.  In the meantime, GWAR has released a video for, ‘Fuck This Place’, the first single off the album. You can watch it above.

“GWAR “Fuck this Place” from “The Blood of Gods” album. The story of GWAR is carved across the history of this barren and hopeless planet, but GWAR themselves are not of this world… their story begins in the deepest reaches of outer space. Long ago, the beings who would become the rock band GWAR were part of an elite fighting force, the Scumdogs of the Universe. For eons, they served as thralls to a supreme being known only as the Master. But one by one, each future member of the band earned a glaring reputation for being an intergalactic fuck-up. And so, they were banished, sent away on a fool’s errand to conquer an insignificant shitball floating in a dark corner of the universe; the planet Earth. Once here, GWAR shaped the face of the globe, destroying and rebuilding the natural world, and giving rise to all of human history. Aliens to some, gods and demons to others, our erstwhile Scumdogs fucked apes to create the human race, and this fateful unplanned pregnancy would prove to be truly disastrous!

Their new album, The Blood of Gods, is nothing less than a sacred text chronicling the rise of humanity against their makers, and the massive battle between GWAR and the forces of all that is uptight and wrong with the world. Along the way, the band challenges the sins of their great mistake, from politics, pollution, and organized religion, to fast food, and factory farming. Humans are shown as what they are; a parasitical disease that must be eradicated before they suck the planet dry.

Of course, The Blood of Gods is the first GWAR album without the band’s fallen leader, Oderus Urungus. The title of the album refers to the loss of Oderus and the struggles and triumphs that produced the new sound of the band. Born of adversity, The Blood of Gods is a sonic scar… a question asked and answered… Death cannot kill GWAR. Nothing can. GWAR LIVES MOTHERFUCKERS!” 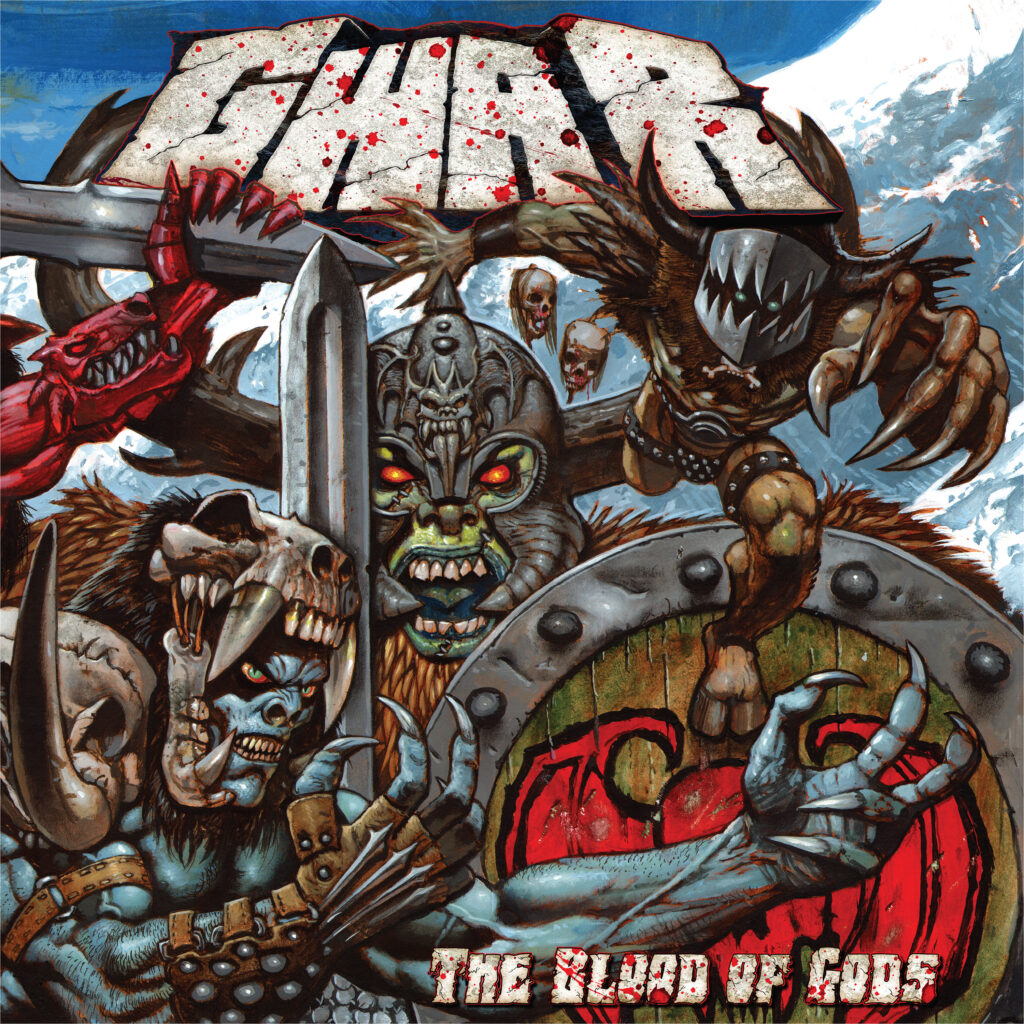