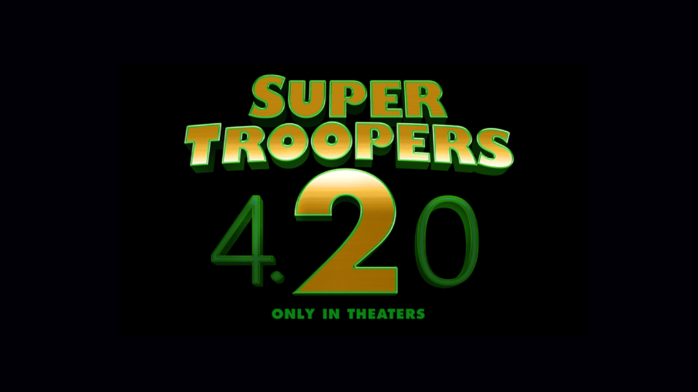 That movie you used to get stoned to and watch in college and have been quoting ever since is getting a sequel.

After the team of Broken Lizard raised over $4,500,000 on Indiegogo, Thorny, Mac, Rabbit, Foster and Farva are back with their shenanigans for Super Troopers 2.

Check out the first official teaser for Super Trooper 2. You’ll have plenty of time to get a litre o’ cola when it comes to theaters on April 20th. Yes, that’s a 420 joke, because weed.