What’s the first band that comes to mind when you think of Angry Birds? If you said Iron Maiden, you’re a liar.

On October 18th, Eddie the Head will become Eddie The Bird will be a playable character on Angry Birds Evolution.

Miika Tams, VP of Games for Angry Birds Evolution says, “Our team is filled with massive Iron Maiden fans and Eddie was both our first choice and a natural fit in Angry Birds Evolution. It’s about time his status as a true rock icon was celebrated and we know that fans will love seeing Eddie The Bird raise hell on Bird Island!” Yes, if you aren’t a video game character, you can’t be a truerock icon.

Llexi Leon of Phantom Music Management, who manages Iron Maiden, said, “When you get a call from Rovio, one of the biggest entertainment companies in the world confessing that they are Maiden fans and want to celebrate Halloween with Eddie, you just have to take notice. They have outdone themselves with this incredible tribute to Maiden and the opportunity to share the band’s music with their millions of players around the world. I really can’t wait to play him and skittle those pigs!” That sounds like a lot of fancy talk for, “We’re going to make so much fucking money doing this”. 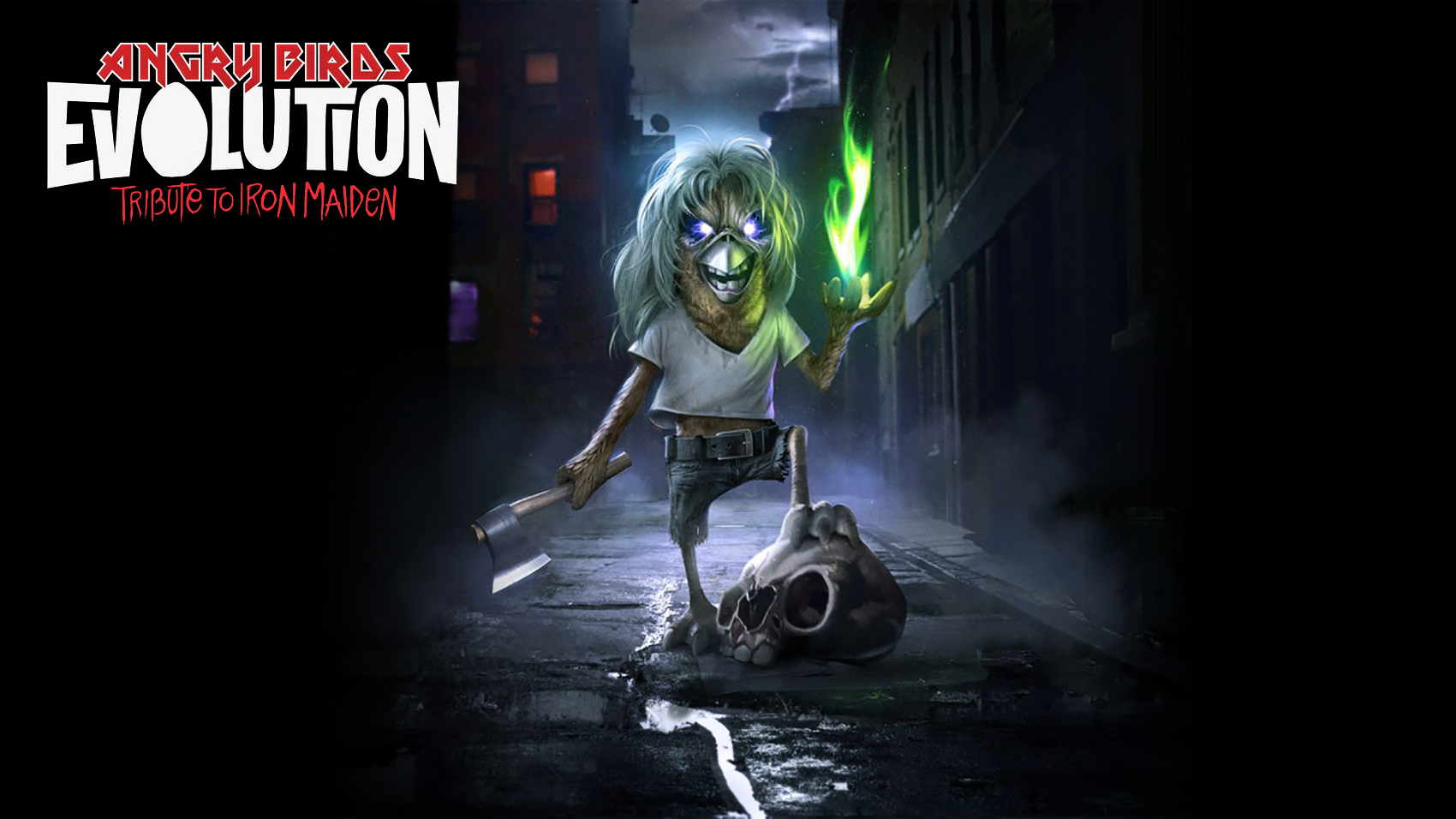