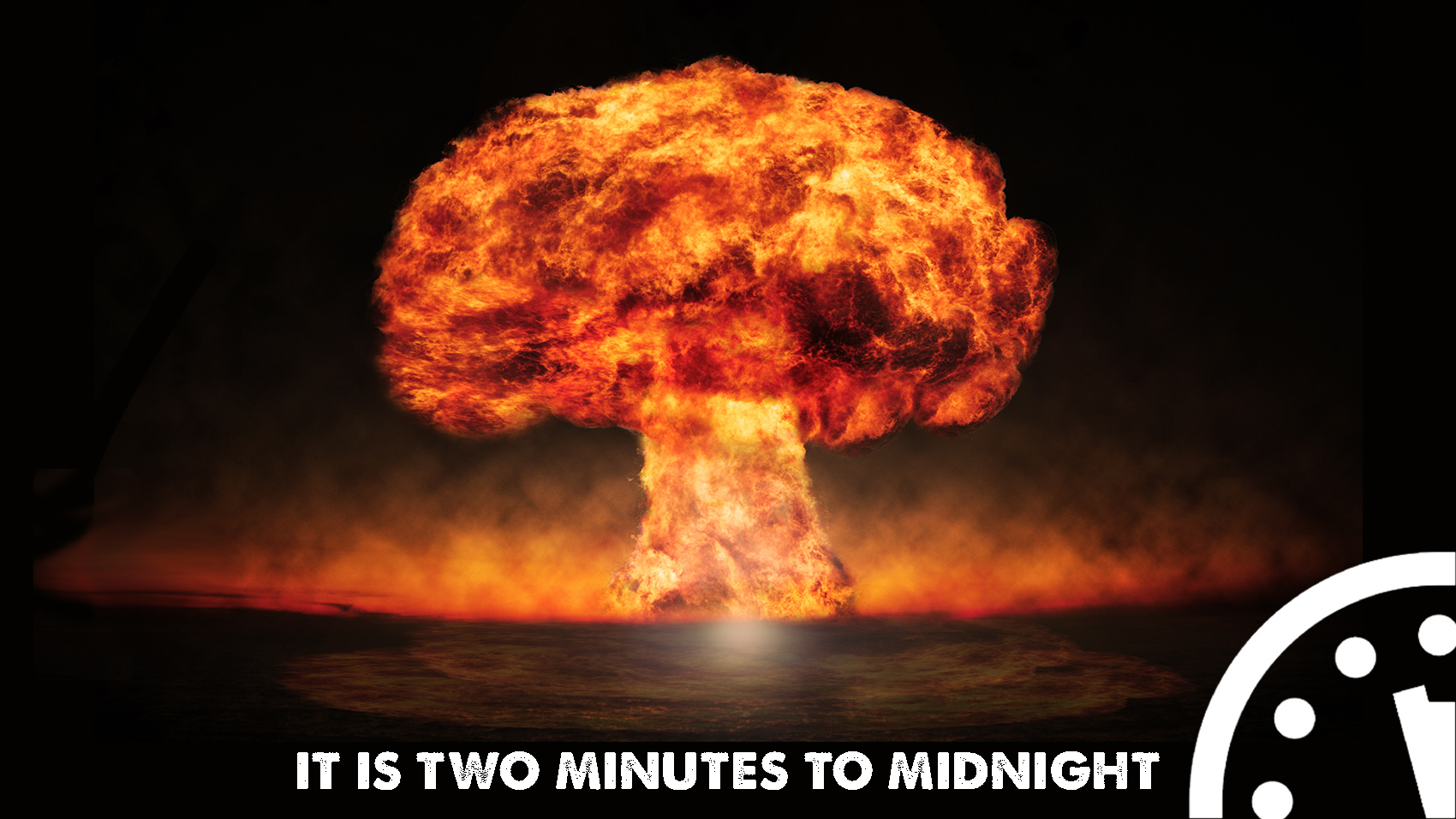 The Doomsday Clock, created in 1947, is a symbolic timepiece designed to “warn the public about how close we are to destroying our world with dangerous technologies of our own making.” This ticking time bomb of a metaphor is a reminder of “the perils we must address if we are to survive on the planet.”

Today, citing an “obvious and imminent danger” from growing nuclear risks, dangers from climate change, a “breakdown in the international order,” and an untouchable love for the magic of Iron Maiden, the group of scientists, Nobel laureates, and other smart people who maintain the terrifying timepiece announced that they’ve moved its hands up 30 seconds, leaving just two minutes to midnight. Just to be clear, it’s now two minutes to midnight, not Two Minutes to Late Night.

The last time it was determined that the world could end in just two minutes was in 1953, during the height of the Cold War.

The bad news is that since the Doomsday Clock is just metaphoric, this is simply more of a thought exercise than an actual countdown to nuclear war. Don’t give up all hope yet, however, because at the rate we’re going, the sweet release of global destruction from our own technology will likely happen soon enough.

You can read the full statement of the Bulletin of the Atomic Scientists below:

2018: The failure of world leaders to address the largest threats to humanity’s future is lamentable — but that failure can be reversed. It is two minutes to midnight, but the Doomsday Clock has ticked away from midnight in the past, and during the next year, the world can again move it further from apocalypse. The warning the Science and Security Board now sends is clear, the danger obvious and imminent. The opportunity to reduce the danger is equally clear. The world has seen the threat posed by the misuse of information technology and witnessed the vulnerability of democracies to disinformation. But there is a flip side to the abuse of social media. Leaders react when citizens insist they do so, and citizens around the world can use the power of the internet to improve the long-term prospects of their children and grandchildren. They can insist on facts, and discount nonsense. They can demand action to reduce the existential threat of nuclear war and unchecked climate change. They can seize the opportunity to make a safer and saner world. See the full statement from the Science and Security Board on the 2018 time of the Doomsday Clock.