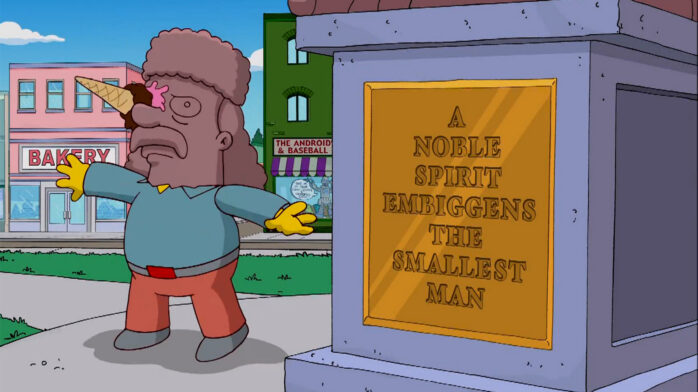 ‘Embiggen’, A Perfectly Cromulent Word, Is Now In The Merriam-Webster Dictionary 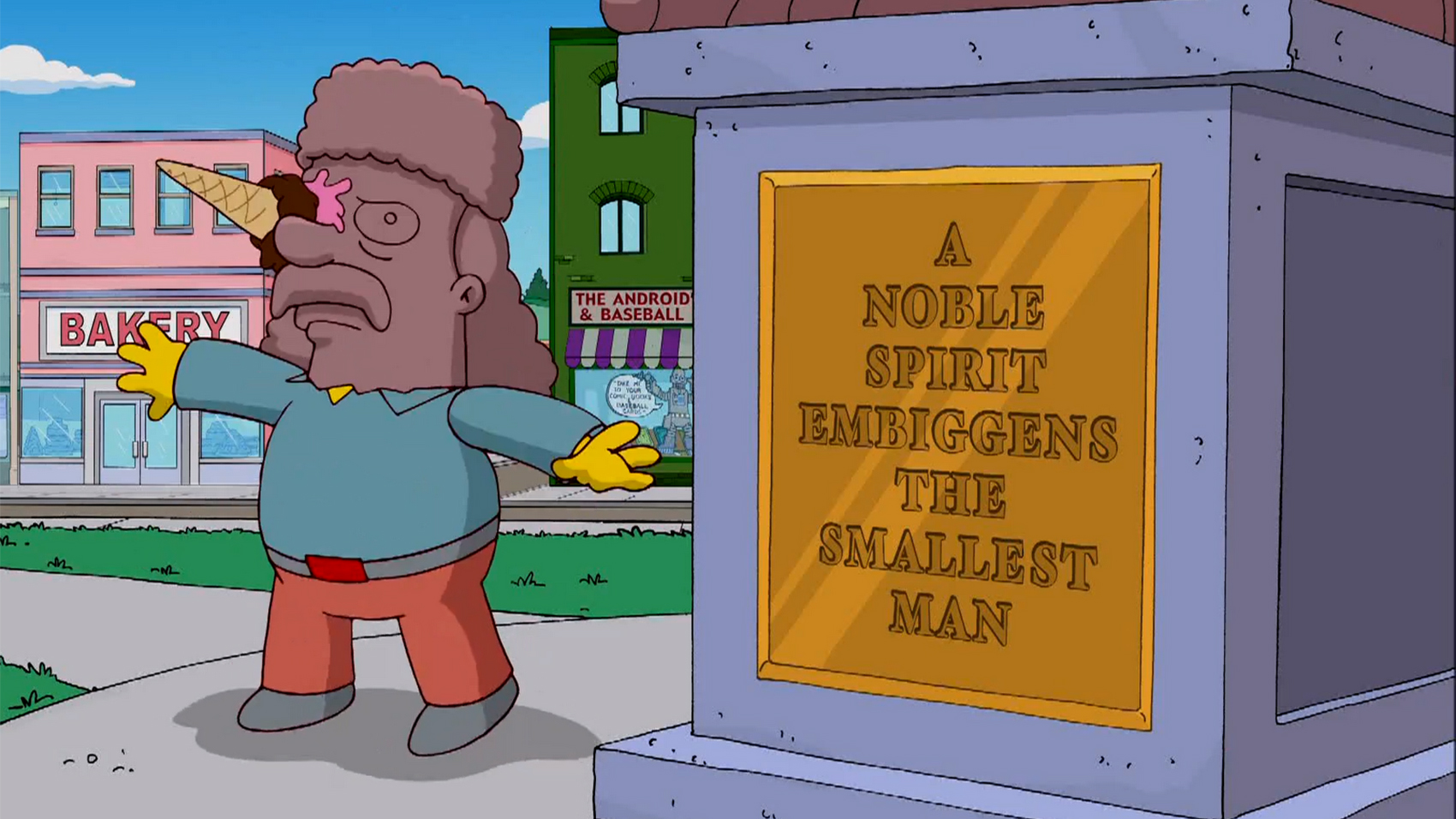 Embiggen, a perfectly cromulent word that was coined in “Lisa the Iconoclast,” a 1996 episode of The Simpsons, is now actually a real word, on account of it’s in the Merriam-Webster dictionary (see below).

In the episode, educators Edna Krabappel and Elizabeth Hoover are showing their pupils a cheap filmstrip about the founder of their town called Young Jebediah Springfield. According to the short film, after besting a land cow in a fight, a stoic Jebediah Springfield is asked by a boy how he can hope to achieve such greatness. Jebediah responds, “A noble spirit embiggens the smallest man.”

When Ms. Krabappel questions Ms. Hoover about its legitimacy, Ms. Hoover assures her that embiggen is “a perfectly cromulent word.”

Even though there is no mention of The Simpsons or “Lisa the Iconclast” in the dictionary, the first known use of the word is listed as 1996. Just saying.