If you were born between 1990 and 2000, it’s likely you went through an unfortunate life stage referred to as a “scene kid phase,” and you likely consider MySpace to be one of the top 8 best social media platforms of all time. (RIP: Friendships lost over the Top 8.) Somewhat related: Thanks to the unrelenting passage of time, we all have received—or will soon be receiving—our “ten years on Facebook” notification right around now. Little did we know all those years ago that we were driving the final nail into the coffin of the beloved days of “default” photos and bulletin posts with that first Facebook login. 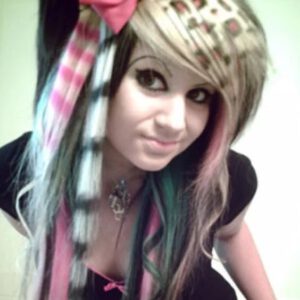 As we approach the official decade mark of MySpace’s obsolescence, it’s hard to not look back and wax poetic about that light HTML coding we prided ourselves on, the novel concept of a “profile song,” and how can we forget those haircuts? (Not completely unrelated, “Obsolescence” would be a great Evanescence cover band name, for so many reasons.)

With the recent algorithm changes made to Facebook and the controversy cloud that perpetually hangs over our supreme leader Mark Zuckerberg’s head, it’s hard to not miss the sovereignty of MySpace Tom. Like a docile pet, he only wanted to look over his shoulder to smile and please us; and he never left our sides, despite us do nothing but taking him for granted (and not taking him on enough walks). We didn’t know how we good we had it. RIP MySpace Tom! (It’s important to note that Tom Anderson, the co-founder of MySpace.com is not, in fact, dead.)

MySpace.com was to rebellious, yet privileged adolescents of the early 2000s what the punk scene of Olympia, Washington was to the rebellious, yet privileged adolescents of the 1990s. That is to say, it lent itself well as a breeding ground for teen angst and raging against a machine that, for all intents and purposes, was a machine that benefited those raging against it (mostly white, upper-middle class kids for whom this world was built). It’s a tale as old as time: Teens with nothing real to say and even less to be upset about created an entire subculture with a mission statement of “I am an individual,” and proceeded to look indiscernible from one another. And we miss every second of it.

As recovering scene kids, we navigate the world differently than those who came before or after us. We struggle to insert our references into the cultural zeitgeist. We, in general, are overlooked in nostalgia pieces about our generation (probably rightfully so, but it still hurts). We flock from platform to platform—Tumblr, Twitter, Instagram—looking to fill the inimitable void MySpace left. We maneuver adulthood with the burden of remembering what a “coon tail” is, and still kind of thinking they’re cool. (I said kind of, okay?) 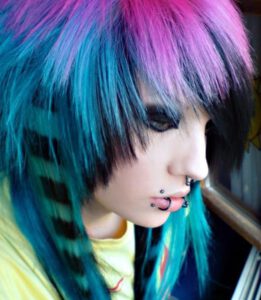 Our empire, like the Chola Dynasty, lies mostly forgotten, lost to history. Our kingdom, MySpace itself, merely a tomb of forgotten passwords and abandoned “New Hair” (probably spelled more like “nu hurr :3”) photo albums. Our emojis, our celebrities, our bold, badass, and before-it’s-time dismissal of gendered clothing and hair—may it all rest in peace. May we remember it. May it live on through each of us 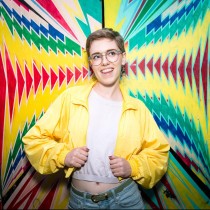