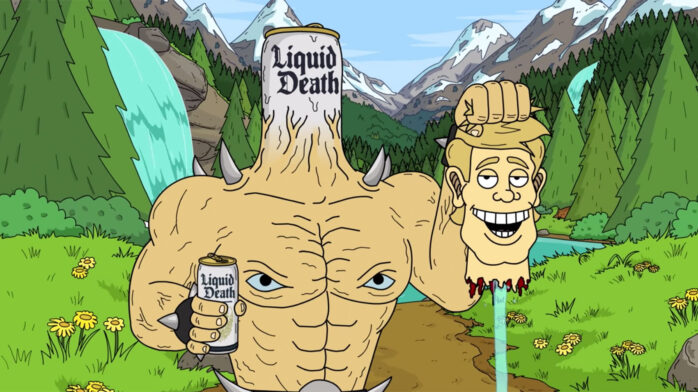 A startup company called Liquid Death is selling “punk rock” water in a tallboy can for $1.83, and they’ve received $2.25 million dollars in funding. Liquid Death, whose slogan is “Murder Your Thirst,” currently sell Liquid Death tall boy cans for $1.83 each on their online store. Nothing says punk like paying $2 for a can of water.

CEO and co-founder Mike Cessario was inspired by playing in punk and metal bands when he was younger. The former Netflix creative director told Business Insider, “If you think about it, it makes sense, everything metal and punk is extreme. Being vegan is extreme, protesting the deforestation is extreme. There are more vegans at a heavy metal show than Taylor Swift show. We are by far the most sustainable option for packaged water, which is a big driver for why people want to buy from us.”

Laugh all you want, but plastic water bottles are garbage and are destroying the oceans, and 5 cents from every can sold will be donated to clean up plastic garbage from the ocean.

“We knew the easiest crowd for us is anyone into heavy metal, punk rock, and that kind of world because they immediately get the joke and get the humor and have never seen anything like it,” Cessario said. “What makes this appealing for such a large group is that it feels like a niche thing.”

There is also a video commercial.