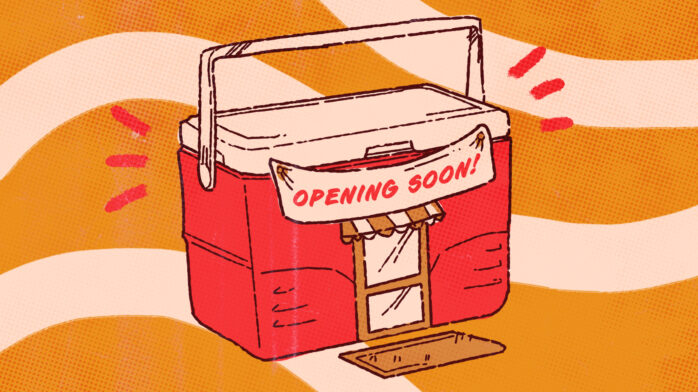 At Last, The Tamale Guy is Getting His Own Restaurant

After nearly two decades of selling tamales out of his iconic red coolers, Claudio Velez—better known as Chicago’s legendary Tamale Guy—is getting a restaurant of his own in Ukrainian Village.

The restaurant is located at 2018 W Chicago Ave, which currently has some coolers in the window with a sign that reads “”You want tamales? See you soon.” Pierre Vega, a longtime customer of Velez, teamed up with Velez to make the restaurant happen—and to make his dream come true. The goal is to open up shop sometime in August.

Velez had his operations temporarily shut down earlier this year after the city issued him a cease-and-desist for selling his trademark tamales without a retail food license. Thankfully, the community started a GoFundMe in response and raised over $34,000 for Velez—far surpassing the initial $10,000 goal.

“I am very excited, especially with everyone who helped make this dream possible,” Velez told Block Club Chicago. “This has always been my dream.”