Riot Fest 2021 is just two weeks away. We’re thrilled to share some more band additions for Thursday and Sunday today, as well as some juicy details on our Preview Party plans we think you’ll love. Tickets are ON SALE NOW, so grab yours if you haven’t already—and see what we’ve been cooking up below! 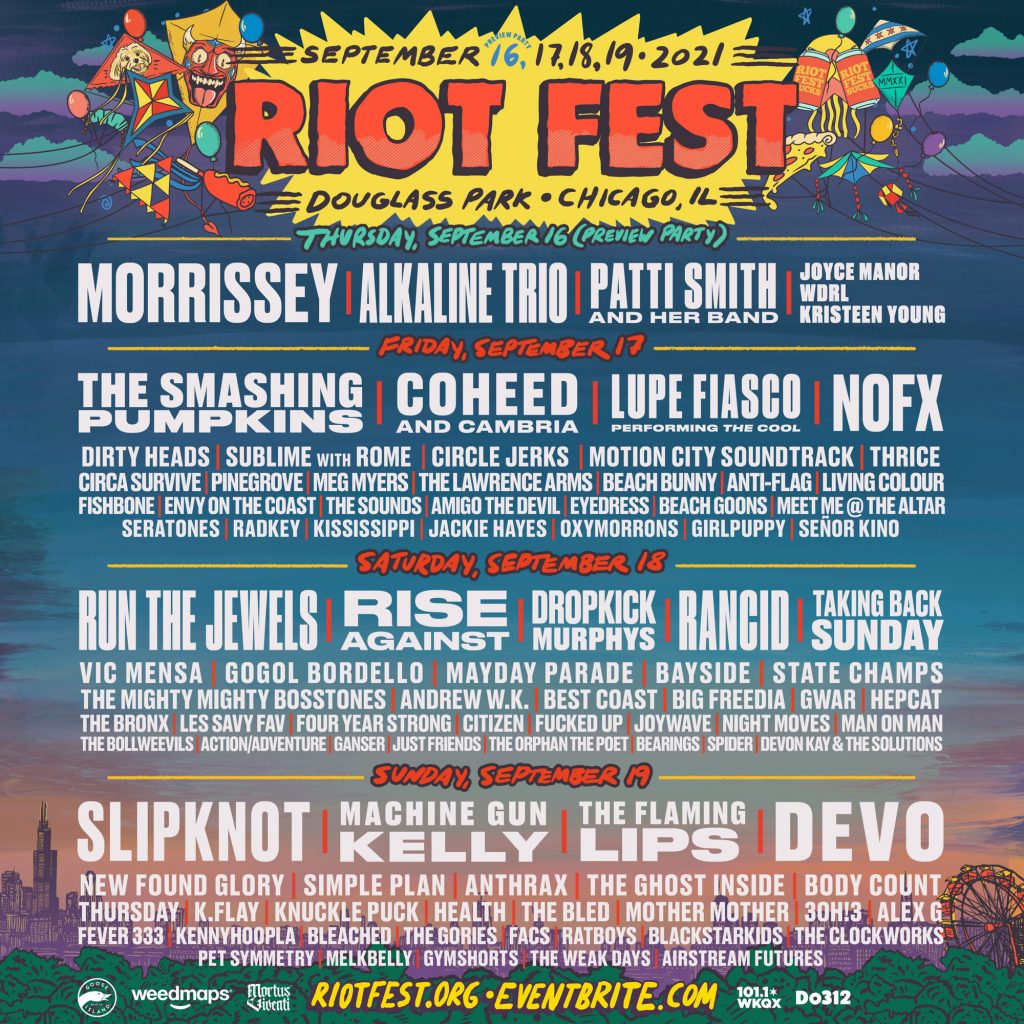 On Sunday, September 19, our good friends The Flaming Lips will return to Riot Fest in place of Pixies. With the recent lineup changes that affected Sunday, September 19, we also wanted to give a little bonus for our fans’ patience through these changes. So we’re giving Sunday attendees tickets to our Thursday Preview Party, and in turn, we’re adding some big artists (and other perks!) that everyone invited can look forward to.

On Thursday, September 16, we’ll celebrate our inaugural Preview Party with performances from Chicago’s own Alkaline Trio and the legendary Patti Smith. They’ll join Morrissey and new additions Joyce Manor (performing their self-titled 2011 debut), WDRL, and Kristeen Young. There’s much more than just exclusive performances for those in attendance, though—so if you like sideshow performers, free carnival rides, and other cool stuff, keep reading! 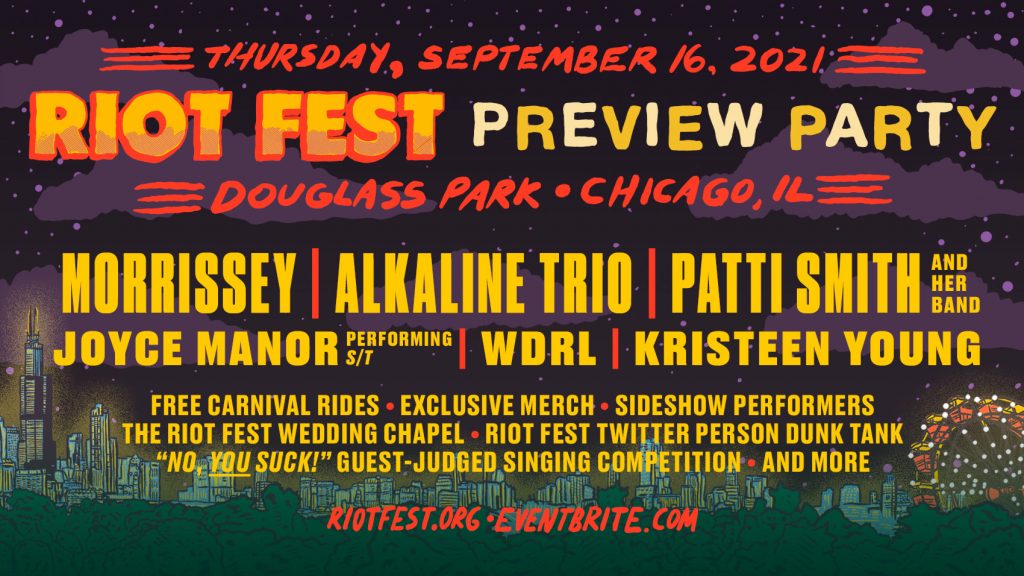 On top of all the talent mentioned above, anyone attending our Thursday Preview Party can enjoy the following when the gates open at 2:30 p.m. CST:

​​Free carnival rides. Ride all the rides you want, because on Thursday they’re free for the whole day. Yes, really.

Exclusive merch. Not only will there be some special Preview Party items, but you’ll also get first dibs on merchandise before everyone else!


PLUS! We’re got some truly one-of-a-kind attractions to offer on Thursday, which will include:

The Riot Fest Wedding Chapel: You’ve asked for it (a lot, actually). So this year, you can get legally married at Riot Fest—with an ordained minister at our own Wedding Chapel, decked out and ready for anyone hoping to tie the knot.


“No, YOU Suck!” Singing Competition: Riot Fest’s spin on American Idol. Fans will have the chance to sing onstage at Riot Fest and compete for prizes, judged by a panel of special guests that even includes Riot Mike himself!


Dunk The Riot Fest Twitter Person: Has our social media person ever roasted you? Annoyed you? Mocked your love of cantaloupe? Get your revenge: throw a perfect pitch and send them swimming in our dunk tank.

We’ll roll out more details on these fine attractions, the daily schedules for Riot Fest weekend, and more in the coming days. We hope you’re as excited as we are to finally have Riot Fest again September 16–19 in Douglass Park, Chicago.