A majority of my youth was spent reading and writing. Seldom did I see characters with the same complexion as me, were from the places I was from, or who spoke the languages I spoke. But thankfully, now the landscape of media has changed with more representation, due in part to the diverse makers and creators behind them.

So in celebration of Asian American Pacific Islander Heritage Month, here are some beautiful books by AAPI authors you should definitely read because I said so, but also because they’re fantastic.

Poet and essayist Cathy Park Hong fearlessly and provocatively blends memoir, cultural criticism, and history to expose fresh truths about racialized consciousness in America. Part memoir and part cultural criticism, this collection is vulnerable, humorous, and provocative—and its relentless and riveting pursuit of vital questions around family and friendship, art and politics, identity and individuality, will change the way you think about our world.

If you are the kind of person that likes to highlight their books, you might end up highlighting every page and every passage. This book reminded me of my anger and my sadness that often sits in the back of my heart, but it allows (and invites) the space for you to feel it.

What We Carry: A Memoir
by Maya Shanbhag Lang
2020 | Non-Fiction

Maya Shanbhag Lang grew up idolizing her brilliant mother, an accomplished physician who immigrated to the United States from India and completed her residency all while raising her children and keeping a traditional Indian home. Maya’s mother had always been a source of support—until Maya became a mother herself. Then the parent who had once been so capable and attentive became suddenly and inexplicably unavailable. Struggling to understand this abrupt change while raising her own young child, Maya searches for answers and soon learns that her mother is living with Alzheimer’s.

This book made me cry. Mother-daughter relationships, especially ones rooted in some cultural differences, have so many complications. This book touches so many raw feelings as it wrestles with the truths of a child’s suffering and a mother’s sacrifice.

The Making of Asian America
by Erika Lee
2015 | Non-Fiction

The Making of Asian America shows how generations of Asian immigrants and their American-born descendants have made and remade Asian American life, from sailors who came on the first trans-Pacific ships in the 1500 to the Japanese Americans incarcerated during World War II. Over the past fifty years, a new Asian America has emerged out of community activism and the arrival of new immigrants and refugees. But as Lee shows, Asian Americans have continued to struggle as both “despised minorities” and “model minorities,” revealing all the ways that racism has persisted in their lives and in the life of the country.

This book provides some really great historical context to the contributions of Asian immigrants in the early days of America. It touches on the policies and politics of an ever-changing definition of ‘Asian’ in the eyes of the American government and society.

Patron Saints of Nothing
by Randy Ribay
2019 | Fiction

Jay Reguero plans to spend the last semester of his senior year playing video games before heading to the University of Michigan in the fall. But when he discovers that his Filipino cousin Jun was murdered as part of President Duterte’s war on drugs, and no one in the family wants to talk about what happened, Jay travels to the Philippines to find out the real story.

I am a Filipino who spent a majority of my growing-up in the Midwest. Though the story might be fiction, the feelings this book highlights are very real. For any Filipino-American who wants to see themselves in a main character navigating their cultural identity, this is the book for you.

Eris Shindanai is a Gearbreaker, a brash young rebel who specializes in taking down Windups from the inside. When one of her missions goes awry and she finds herself in a Godolia prison, Eris meets Sona Steelcrest, a cybernetically enhanced Windup pilot. At first Eris sees Sona as her mortal enemy, but Sona has a secret: She has intentionally infiltrated the Windup program to destroy Godolia from within.

Most people who know me, know my lifelong love for giant fighting robots. And if you’re like me, then you’ll hopefully enjoy this young adult novel filled with robot fights, found family, and queer romance.

When 18-year-old Zetian offers herself up as a concubine-pilot, it’s to assassinate the ace male pilot responsible for her sister’s death. But she gets her vengeance in a way nobody expected—she kills him through the psychic link between pilots and emerges from the cockpit unscathed. She is labeled an Iron Widow, a much-feared and much-silenced kind of female pilot who can sacrifice boys to power up Chrysalises instead.

“But I have no faith in love. Love cannot save me. I choose vengeance.”

Easily one of the most badass stories I’ve read recently that had me outwardly cheering “GOOD FOR HER!” as I read it. If you were a fan of The Hunger Games, then you’ll probably be a fan of this as well. Again, more giant fighting robots.

Beasts At Every Threshold
by Natalie Wee
2022 | Poetry

An unflinching shapeshifter, Beast at Every Threshold dances between familial hauntings and cultural histories, intimate hungers and broader griefs. Memories become malleable, pop culture provides a backdrop to glittery queer love, and folklore speaks back as a radical tool of survival. With unapologetic precision, Natalie Wee unravels constructs of “otherness” and names language our most familiar weapon, illuminating the intersections of queerness, diaspora, and loss with obsessive, inexhaustible ferocity—and in resurrecting the self rendered a site of violence, makes visible the “Beasts at Every Threshold.”

Poetry can be a difficult medium to read, as well as to wield. However, Natalie Wee does a beautiful job of stitching together the complicated concept of emptiness that lingers in a lot of aspects of being “different”. I feel very lucky to carry this in my heart and have this on my bookshelf.

There are so many more books I want to tell you about—but in an effort to not make this any more long-winded, here are some other suggestions we hope you check out:

Editor’s Note: An earlier version of this article included a book by an author who was not native Hawaiian. We’ve removed this book from the list, and updated our list with three new additions (recommended by our readers) for a more accurate representation of native Pacific Islander voices. You can read more about the underrepresentation of Hawaiians and Pacific Islanders here; You may also find more native Hawaiian books on this website. 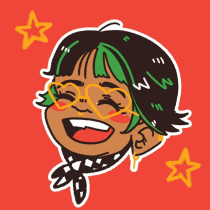