The list of things that can follow the phrase “You’re not really from Chicago if…” can be daunting, if not a bit ridiculous. But to us, there’s only one true culture crime if you live here: not knowing who Sincere Engineer is. Don’t fret, though—today’s entry in our Who The Heck series will remedy that.

A longtime Riot Fest favorite, Sincere Engineer is the project of Chicago’s own Deanna Belos, a self-taught singer/songwriter who built her reputation in the city’s folk punk DIY scene. Now backed by a full band, Belos has channeled her hearty pop punk anthems into two albums—2017’s Rhombition, and last year’s excellent Bless My Psyche—and toured the country with acts like the Menzingers. Last June, Riot Fest premiered their latest single, “Bottle Lightning Twice,” a song Belos told us was inspired by Hey Arnold!; other standout tracks include Bless My Psyche album opener “Trust Me” and the extremely fitting, couldn’t-be-more-Riot-Fest “Corn Dog Sonnet No. 7.”

Sincere Engineer plays Riot Fest 2022 on Friday, September 16 at 12:15 p.m. on the Roots Stage. Belos shared with us her favorite Riot Fest sets, her dream collaborators, and more before the show. Read the full Q&A below—and don’t forget to grab a corn dog before their set!

FOR FANS OF: THE LAWRENCE ARMS, DIRECT HIT!, HOP ALONG, WAXTAHATCHEE, REAL FRIENDS, AGAINST ME!, CORN DOGS

“I don’t really believe in guilty pleasures. But the stuff I catch the most flack for: the Eagles, Coldplay, top 40 country.” 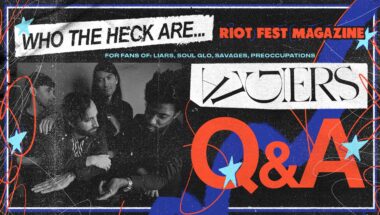 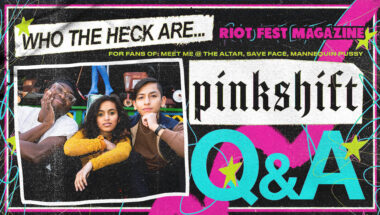 Who The Heck Are Pinkshift?