Though their debut LP Cocamotion was just released earlier this year, The Treasure Fleet already had plans for a second LP of 2012. Future Ways is set for release this fall via Recess Records and you can see the track list and cover art below, with preview tracks and tour dates coming soon. The group, which features members of The Arrivals, The Lawrence Arms, Smoking Pope, Sass Dragons and more, initially planned for Future Ways to be their debut album. It was recorded before Cocamotion and features more straight forward punk, but for whatever reason it was shelved. 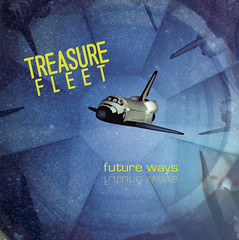