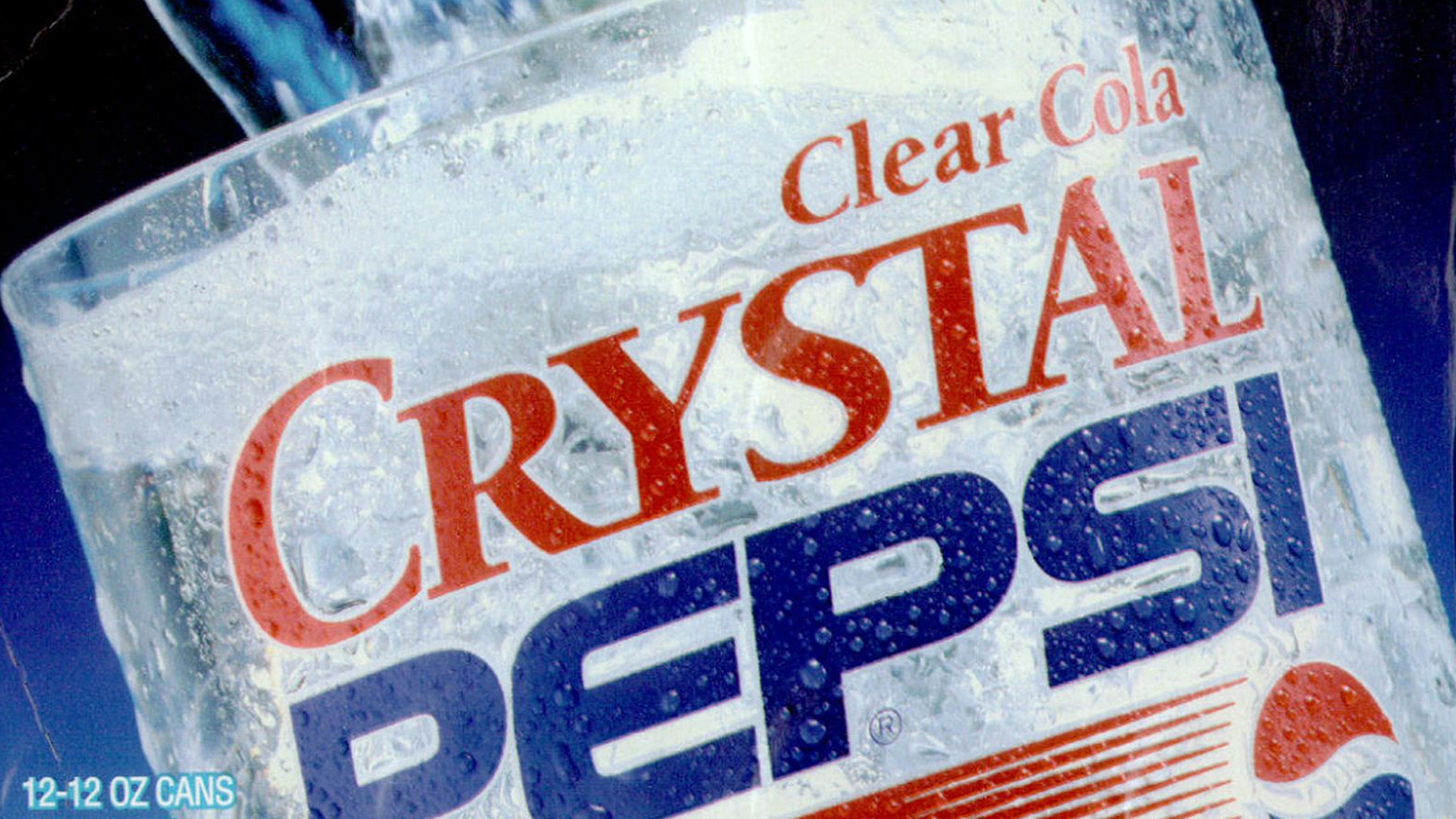 Nostalgia is a hell of a drug.  And, this summer is chock-full of it.

First, the makers of Hi-C brought back the purest Chernobyl ground water, yet surprisingly refreshing, Ecto Cooler on the heels of the new Ghostbusters flick.  Now, another 90’s beverage—one that’s a chemically designed for the next generation of chromophobia suffers—has made its caricaturing return.

Yes, that’s right, Crystal Pepsi—the only remaining cola parody next to RC—will be hitting the shelves on July 11 because it’s crystal clear that Americans will drink anything that’s loaded with high fructose corn syrup and carbonation.

Initially, Crystal Pepsi was marketed as the “clear alternative” to normal colas, because if it has the appearance of water and has zero caffeine, it must be healthy.

Originally launched in 1992, and taken off the market a year later because of poor sales, Crystal Pepsi is being brought back this summer for a limited time, because of “overwhelming fan demand.”

Senior Director of Marketing at Pepsi, Stacy Taffet, calls the relaunched product “Totally rad!” You got it Stacy—totally rad,

Although Crystal Pepsi will only be available for about eight-weeks, it’ll be out just in time for you to kill two birds with one stone: The Crystal Pepsi Physical Challenge.