It all started with a simple tweet in 2013 asking John Stamos to reunite Jesse & The Rippers.

Our love affair quickly grew and we did everything we could to get John Stamos and Jesse & The Rippers to play Riot Fest. But alas, it was not meant to be. With no chance of getting John Stamos to perform, we decided to do the next best thing: we enlisted the help of Jim Victor to sculpt Stamos out of butter. And not just any kind of butter—  he used the good stuff… Land O’Lakes. It was glorious.

The Huffington Post called it “the most important piece of art to result from any 2013 summer festival.”  John Stamos said it was “pretty frightening.”

We thought it embodied the true definition of beauty.

Although Butter Stamos never spoke, as Taking Back Sunday found out when they interviewed him, his delicious eyes told us everything we needed to know.

And while Butter Stamos only lived for a few short days, he will live on forever as a tattoo. 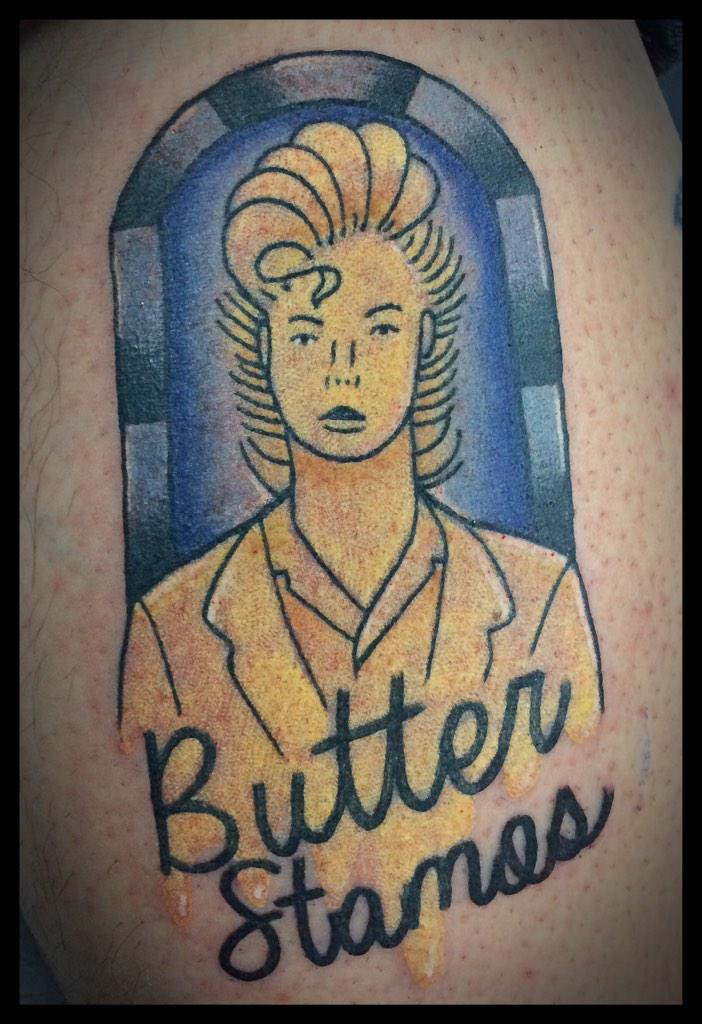