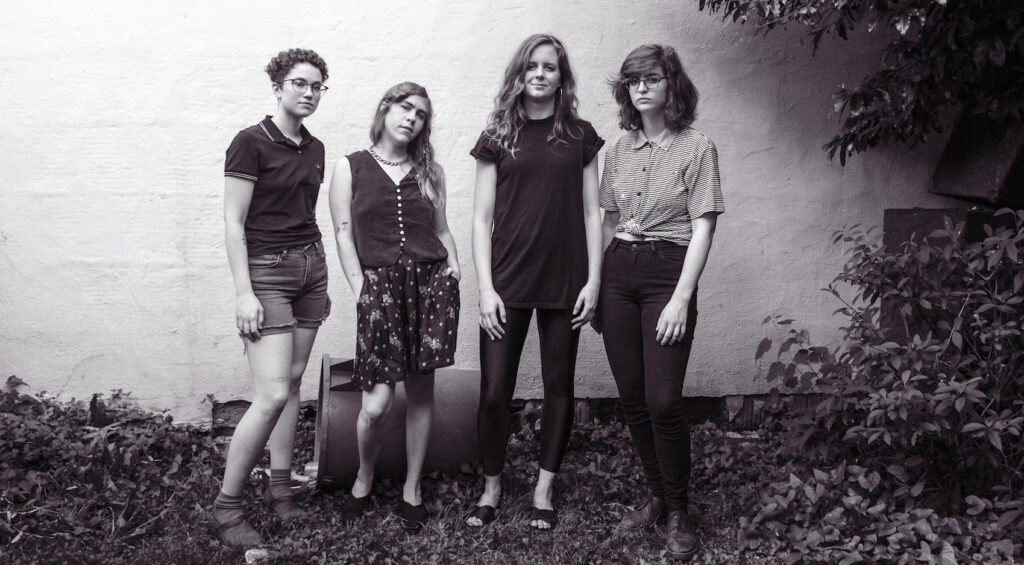 We’re stoked that Memphis’ Nots are making their Riot Fest debut this year. The band formed five years ago as a collaboration between guitarist/vocalist Natalie Hoffman and drummer Charlotte Watson. Soon after, they signed to the tastemaker garage/punk label Goner Records based on the strength of an early demo that was eventually released as an EP.  Since then, the band has recruited synth player Alexandra Eastburn and bassist Meredith Lones and kicked up their classic lo-fi garage sound with equal parts urgency and psychedelic weirdness. Their upcoming second LP, Cosmetic, showcases its most in-your-face songwriting to date. The record comes out on September 9 via Goner Records.

Check out Hoffman’s answers to our “10 Questions” and catch Nots live at Riot Fest & Carnival on September 17.

I think I saved up for the lion king soundtrack tape when I was 5.

Can. Everything about what they do changed how I thought about music.

No idea. Probably something bad and religious from my hometown though. And I’m sure it was at the same arena where the circus happened.

Raising the minimum wage to $15/hr

Dark question. Guess I’m gonna get all my people together for an improv music night at a local haunt in preparation of haunting that local haunt.

“Strawberry Letter 23,” by The Brothers Johnson