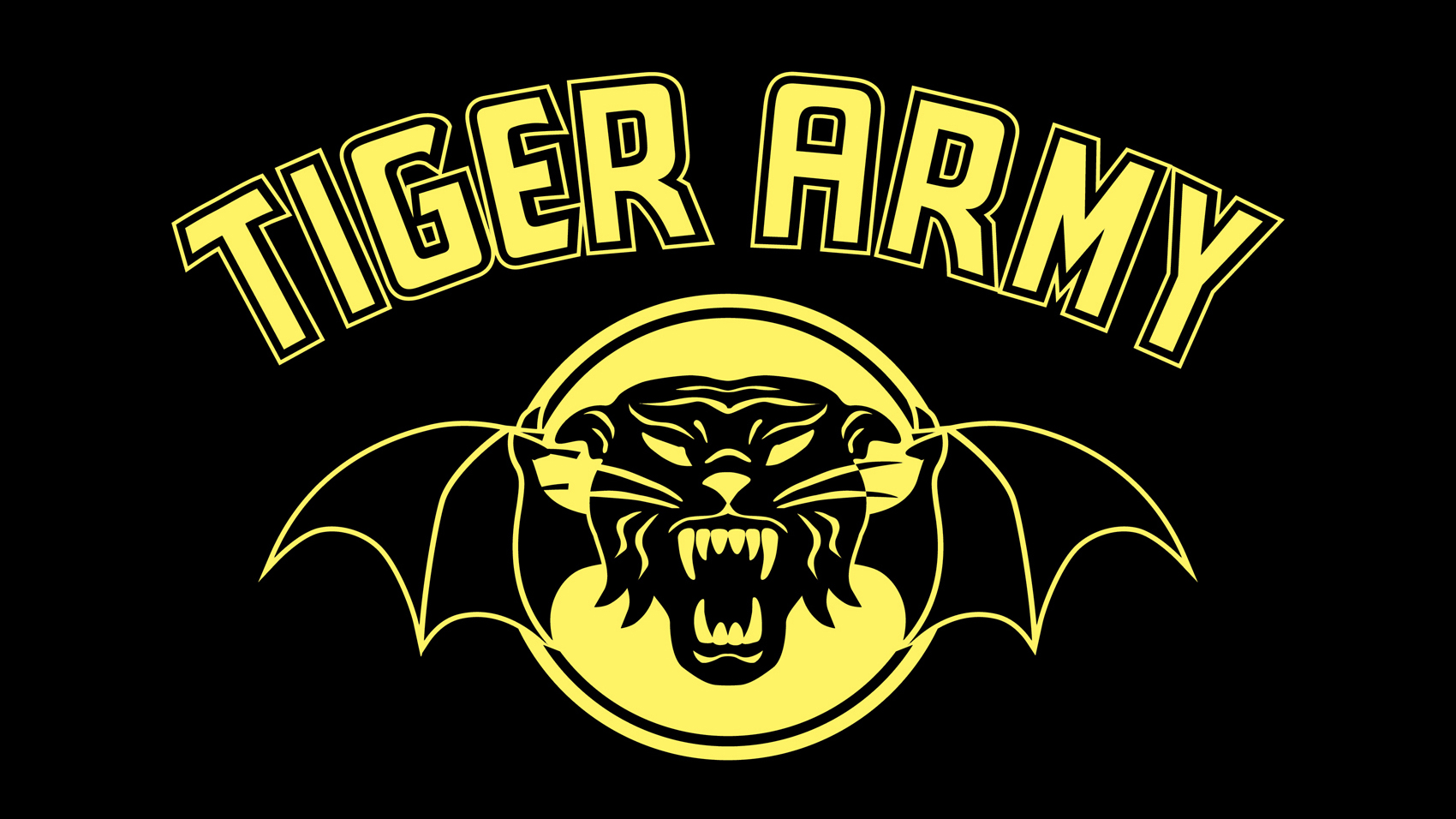 Founded by vocalist/guitarist Nick 13 in 1996, California’s Tiger Army brought a ‘50s flair to its first show at the famed punk venue 924 Gilman Street and went on to become one of the most revered psychobilly bands of a generation.

In May, 2016 Tiger Army released its fifth album, V •••, its first album since its critically-acclaimed 2007 record Music From Regions Beyond. Taking inspiration from American culture of the early 20th century, the record offers a mix of crooning pop, punk, vintage rock ‘n’ roll, and a hint of desert twang that shifts away from the grit that laced the band’s previous releases for a sound that sparkles like a newly-polished ‘57 Chevy and highlights Nick 13’s vocal abilities and songwriting chops more than ever.

Check out Tiger Army at Riot Fest & Carnival on Sunday, September 18, but before that, learn a little more about Nick 13 via our 10 Questions. V ••• is out now on Luna Tone Records / Rise Records.

I think it was either Shout At The Devil by Mötley Crüe, or Seven and The Ragged Tiger by Duran Duran.

The Ramones. I lived in a small town with few people who liked punk and fewer people who played instruments, so a lot of my early learning guitar revolved around playing along to their records. Their music was incredibly cool, but the guitar parts weren’t so complicated that I felt like I could never play them.

The Replacements on their “Don’t Tell A Soul” Tour. My first full-on punk show was The Ramones about a month later.

Barbecue, that is if I’m in Texas, Tennessee, Missouri, or the Carolinas (which our drummer dubbed “The Barbecue Belt”).

Ask The Dust by John Fante.

Don’t leave backstage. This might be hard at Riot Fest, because there are actually bands I want to see.

It would be cool to get music education back in schools. But also, the human race is doomed, so fuck it.

Pizza, sex, ice cream, petting cats. Not all at once.

“In Dreams,” by Roy Orbison. I couldn’t really pick just one, but it’s on the short list.