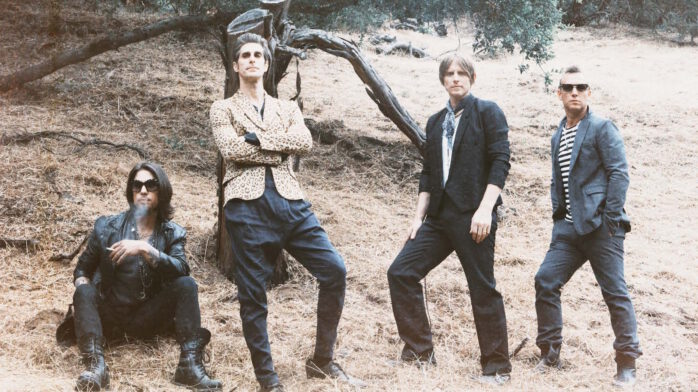 On August 21st in 1990, Jane’s Addiction released its third album, Ritual De Lo Habitual. The record was its second studio release on Warner Brothers, and its final before the group’s first breakup in 1991.

On September 2, 2016, Jane’s Addiction will perform it in its entirety at Riot Fest & Rodeo at Denver, Colorado’s National Western Complex.

With its confrontational mix of hard rock, psych, funk, and goth (among other influences), Ritual… was seemingly in a category of its own. It was more primal, hedonistic, and rebellious than anything coming out of Los Angeles’ then-thriving hair metal scene and leaned a little too streetwise and too decadent to fit in well with the majority of alternative, college rock, and punk of the era either. Nonetheless, it appealed to fans of all of those genres, and then some, eventually reaching #19 on the Billboard Top 200 and has sold over 2 million albums to date. While Nirvana’s major label debut Nevermind would flip the music industry on its head the following year, without Jane’s Addiction and Ritual… having already dealt it some serious blows, things might have turned out a little different.

Along with the music, the album is also iconic for the two different, yet equally provocative versions of its cover. The first, inspired by Santerían art, was designed by Farrell himself and featured three human figures (two of which were nude), that represented himself, his then-girlfriend Casey Niccoli, and their friend and lover Xiola Blue in an erotic embrace. Since the album was released in the heyday of Tipper Gore’s Parents Music Resource Center and RIAA “warning” stickers, Jane’s Addiction also took the step of creating an alternate “clean version” of the album art in anticipated backlash from distributors, media, and retailers. The joke was on the censors and conservatives though. On the stark white “clean” version, the front cover contained text from the First Amendment and the back contained, not only the tracklist, but a few thoughts from Farrell that drew a parallel between the censorship of the day and Hitler’s rise to power.

Following the album release, the band embarked on a 13-month tour, including a headlining stint on the first Lollapalooza, which Perry Farrell had initially intended to be the band’s farewell tour. They also released three videos for singles “Stop,” “Classic Girl,” and the Niccoli-directed “Been Caught Stealing,” which was voted #47 on VH1’s list of “100 Greatest Videos” and also arguably foresaw the popularity of People of Walmart nearly two-decades later (though to our knowledge PoW has yet to feature such a badass store aisle soul train).

Enjoy these classic Jane’s Addiction videos and make sure to purchase your ticket to hear the band play Ritual De Lo Habitual in full at Riot Fest & Rodeo before they sell out.