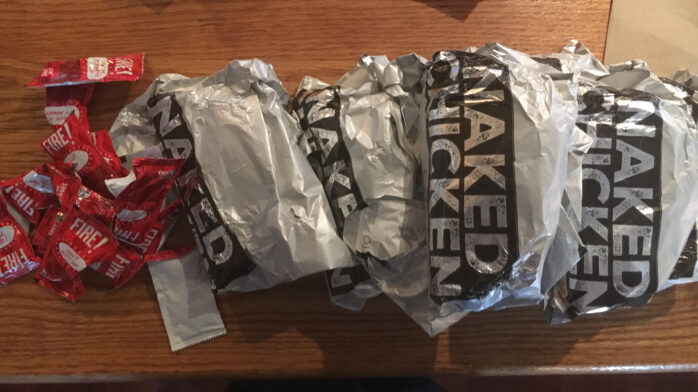 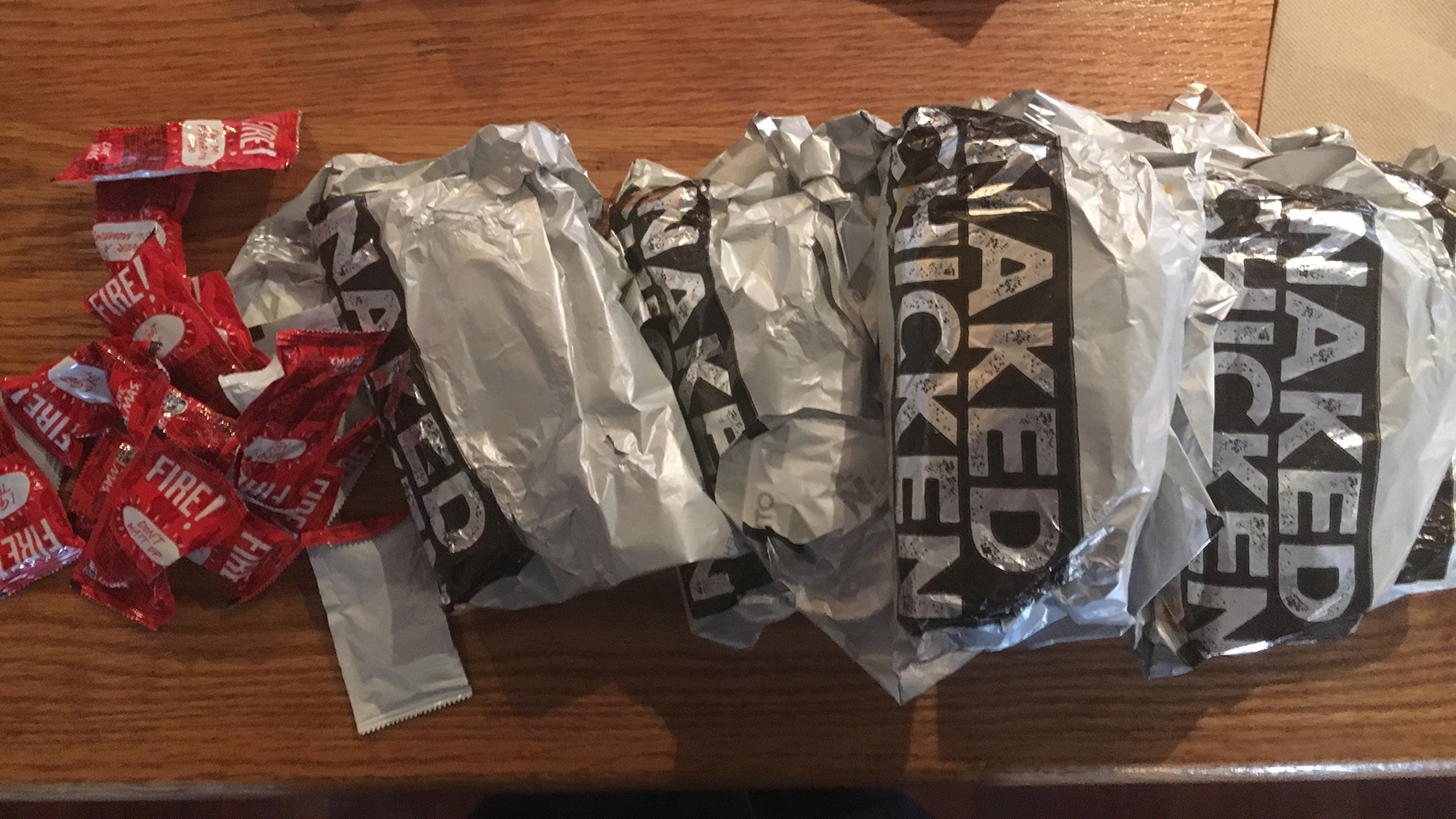 The day is finally here, the “Naked Chicken Chalupa” is finally available nationwide and the Riot Fest staff decided to test them out so you don’t have to.

What is a “Naked Chicken Chalupa”? We’re glad you asked. It’s a regular Chalupa that has a taco shell made out of fried chicken. For just $2.99, you will get a four-ounce fried and breaded piece of white meat chicken that has magically been formed into the shape of a taco shell. It is then filled with shredded lettuce, diced tomatoes, cheddar cheese, and avocado ranch sauce.

According to Taco Bell President Brian Niccol, you literally asked for this, “Fried chicken is growing at a tremendous clip. It’s a real void on our menu, and it’s something that our customers ask us for.”

First bite: This tastes like a Market Day chicken patty, circa 1993. I have been transported, but not exactly in a “Ratatouille” way.

Second bite: It’s not as greasy as I thought it would be. Oooh that spice! Nice kick!

Third bite: Wait what’s in the middle of this thing? There’s no meat? So it’s…a “U” shaped chicken patty with…lettuce, tomato, and sour cream?

Fourth bite: These toppings are getting kinda soggy.

Fifth bite: This could really use some ground beef or steak. The shell is already a chicken patty. Why not just go full Double Down?

Sixth bite: Got any more?

There are so many reasons I’m a vegetarian, but the existence of this chalupa may have jumped to the top of the list.

Tastes like…every mediocre chicken patty I’ve ever had filled with generic taco toppings and a mystery sauce, but I don’t hate it. Reminds me of simpler, surer times, when I knew that every Wednesday, we could expect chicken patty sandwiches in the cafeteria, whether we liked it or not. Just like those chicken sandwiches, we did not choose this chalupa, but we ate it anyway.

The Naked Chicken Chalupa is like… if Chicken Patty Wednesday and Taco Tuesday were a vodka-drunk stoner couple on a low carb diet.

“This avocado ranch REALLY mellows out the spiciness of the breaded, mechanically separated chicken, don’t you think?”

“Totally, man. Can you toss me another Fire sauce?”

And just like every. other. single. time I eat Taco Bell, that old familiar feeling of equal parts regret and satisfaction is settling in, nestled firmly in my gut. Classic.

As a huge fan of Taco Bell I’d put this towards the bottom of my, “I’ll have 6 of those, please!” list. And while it’s merely a happy coincidence, I’m very grateful for taking Imodium right before ingesting one of these.

It reminds me of a generic fast food chicken sandwich but without the bun and not enough mayonnaise. It didn’t taste bad, but it didn’t taste great. It didn’t even really taste like a taco at all and could definitely could use some taco season. I haven’t crapped my pants yet but I do have some wicked heartburn. Also, it’s been an hour and I can still taste it. It’s like the Malort of fast food. 6/10 would eat again if I was drunk

Riot Mike / The Boss: Riot Mike refused to eat one. He took one look at it, shook his head, muttered “only in America”, and walked away. 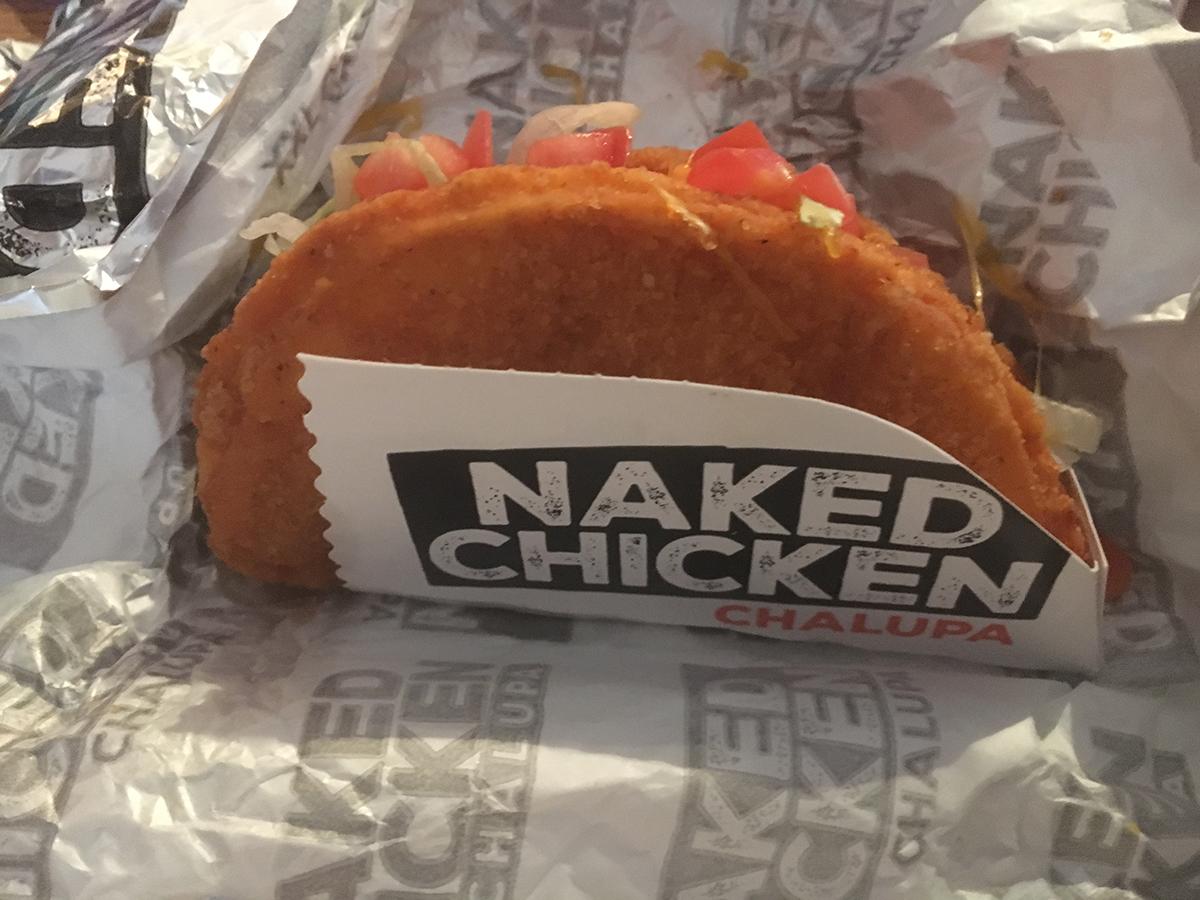