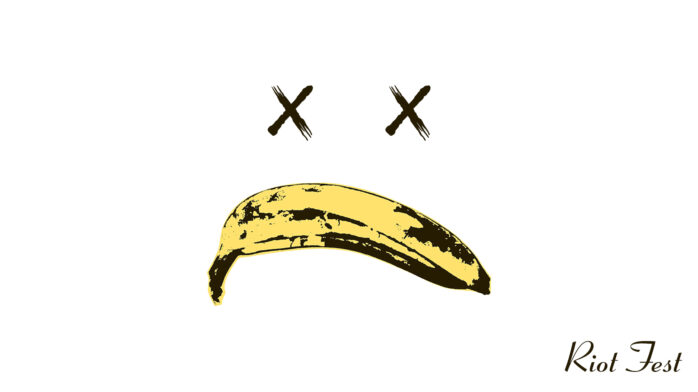 The 10 Worst Velvet Underground Songs To Make Out To

Everybody’s made out to The Velvet Underground. Or at least, anybody worth making out with has. Whether at their sweetest and/or sleaziest, the band’s entire canon has gifted generations of “Jim-Jims” and femme fatales with a nearly flawless soundtrack for soupy, starry eyed, or flat-out smacked-out smooches. But for every “I’ll Be Your Mirror,” “Pale Blue Eyes,” or the shoulder-jellying/eye-moistening “Some Kinda Love,” there are Velvet Underground nuggets that can rend asunder the hottest and heaviest of liplocks.

“Ding-dong.” You can get down to overindulgent jams (17:32). You can strive for second base during a bloated Vox Continental organ solo. This is a planet where millions of terrible children have been conceived to John Mellencamp’s croon of “sucking on a chili dog.” But no human being can suck face, or even think about reproducing, when Lou Reed sings about “sucking on a ding dong.” Repeatedly. Like eight times. Just like Sister Ray said.

It’s always shitty when Lou Reed tries to sing the blues. On “Head Held High,” Lou goes full blown Blueshammer. But he doesn’t phone in this phoney Stones wannabe. He yowls like he’s in the midst of head held low week of the rectal prolapse that comes with opioid-induced constipation. It’s such a strained and ‘roided vocal that you wanna hose his throat in Chloraseptic. Ever heard some douche say, “Wanna get some pizza and fuck?” That how sexy this song is.

8. “Heroin” from The Velvet Underground & Nico

Making out to “Heroin” is like making out on heroin. It starts out serene, sanguine, and dreamy for kissers. Then you’re drooling on each other. Then you’ve ruined each other’s lives.

And there’s the viola. It really screeches.

At least you’ve got the first minute. That’s where the bass line shakes its ass like a cocky drag strip racer, the guitar stroke’s a tad lascivious, and the lyrics don’t mince words as they make their move. But oh no, that move turns out to be the barging blare of John Cale smashing a stack of pack of plates with a metal chair (which sounds exactly like that)…followed by six full minutes of the band leaving you alone while they go jerk off.

6. “Ferryboat Bill” from Another view

“Ferryboat Bill won’t you please come home/You know your wife has married a midget’s son.” And that really is the short and long of this song, which could spoil a makeout session at a carny party, and those are hard to spoil.

5. “Train Coming Round the Bend” from Loaded

It’s still shitty when Lou Reed tries to sing the blues. But with its generic boogie-woogie groove and farty lyrics about being a farmer, this steamer would actually work fine for a roll in the hay (or even a decent pole dance) if not for Lou’s one-take fake Delta warble, which is just Loaded with faux enthusiasm. It’s kinda…no, exactly, like making out at karaoke as old men sing CCR.

As a track for mugging down, this one has its fans. And those fans are usually the dorks who host obnoxious “Factory”-themed parties that you don’t want to go to. Once there was a time when odd couples could canoodle to this plodding dirge, even if they weren’t old-school S&M enthusiasts. But decades of bad parties thrown by artless art school kids with giant lofts and too much tin foil who pronounce Edie Sedgwick as “Eddie” have thoroughly de-sexed this sleazily VU staple. Oh, and the screeching viola sure screeches, don’t it?

It’s the painfully repetitive…seriously unnerving…it just never fucking stops…sawing and screeching of Cale’s screeching viola that grates your nerves like nails on a chalkboard. Young John Cale sure sucked shit at viola. And dammit, that they drop this one mere seconds after the honeydew of “I’ll Be Your Mirror” makes you think you will love can actually last. Then there’s Reed’s cloyingly Dylanesque delivery. It’s obnoxiously Dylanesque, and I’ll say it to his Lou’s face when I see him in hell. When it gets to the “I che che/che che I/che che che/ka ta koh,” don’t pause the passion to figure out what he’s spelling. Just consider the moment…gone.

1. “The Murder Mystery” from The VELvet underground

33:35 into the VU’s lush and languid self-titled masterpiece, a heaping dose of prosaic conceptualism comes in out of nowhere and coldcocks all hotcocking and heavy petting. Well, it’s kinda hot for the first 30 seconds—the way the guitars gallop towards the cymbal crashes before a pret-ty, pretty Doors-ian organ invites hippie shimmies. Then two abstracted channels of simultaneous lyrics bouncing in cacophony bust in like pair of (gabby beat poet) dads—dousing your session with just too much of the reverse, inverse, and perverse. Amazing on headphones. Bad in bed.