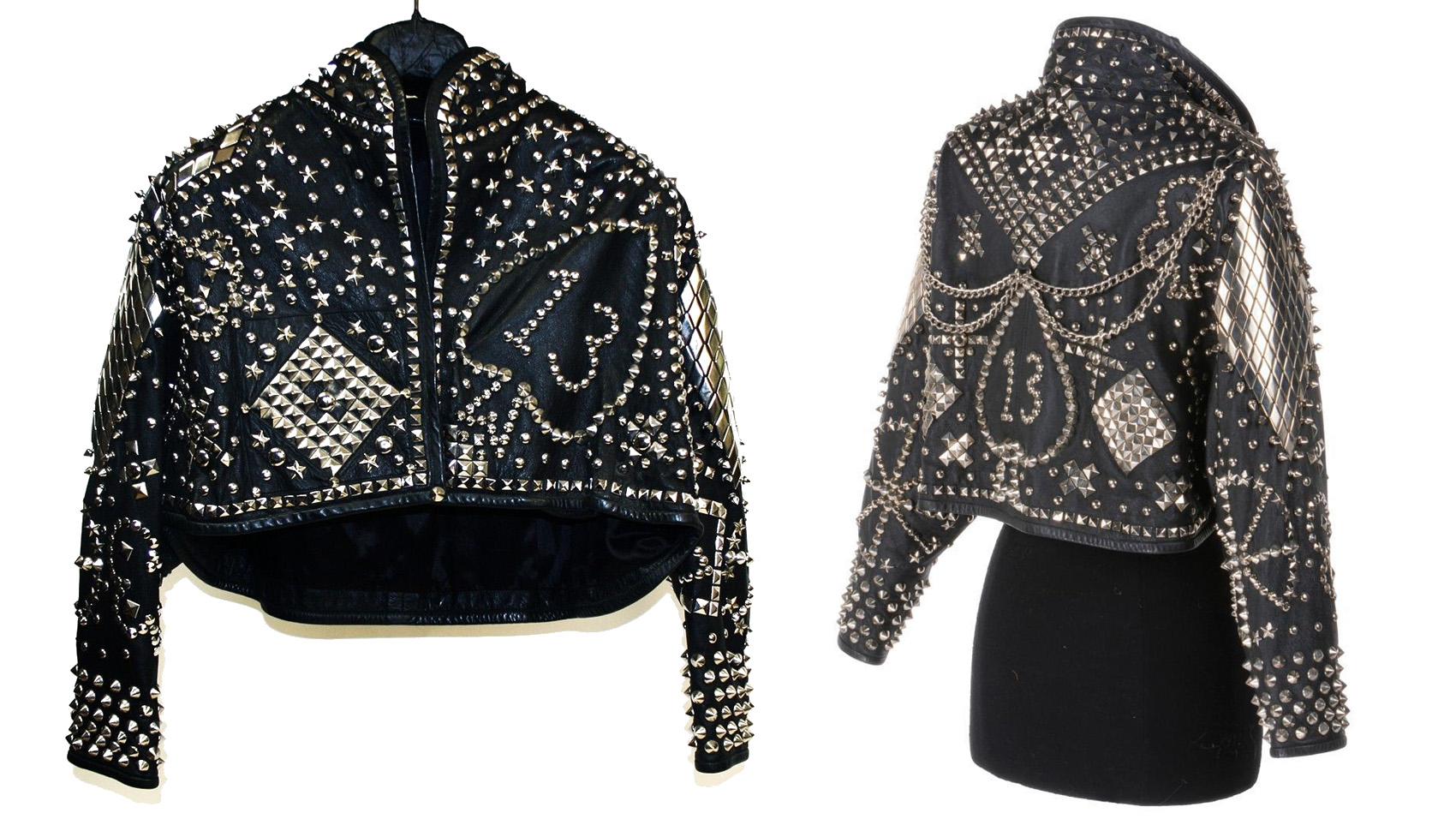 The studded leather jacket that Lisa, played by Kelly LeBrock, wore in the John Hughes 1980s teen comedy Weird Science is up for auction. Weird Science, a movie about two unpopular teenagers, Gary (Anthony Michael Hall) and Wyatt, who create their perfect woman on the computer to help them build their confidence and turn them into ‘cool kids’. She helps them deal with Wyatt’s asshole brother Chet, a young Bill Paxton, and their bully, Robert Downey Jr. She even helps them throw a party, “you know, there’s going to be sex, drugs, rock-n-roll… chips, dips, chains, whips… You know, your basic high school orgy type of thing. I mean, uh, I’m not talking candlewax on the nipples, or witchcraft or anything like that, no, no, no. Just a couple of hundred kids running around in their underwear, acting like complete animals.”

The auction estimate for the jacket is $30,000-$50,000. Although for that money, you could probably just get Gary and Wyatt to build you a robot. The auction starts on Wednesday, June 28th. 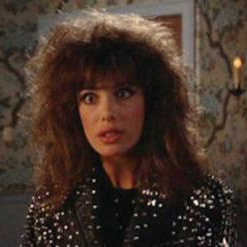 1413. Kelly LeBrock “Lisa” studded leather jacket from Weird Science.(Universal, 1985) Original black leather bolero-style women’s bomber jacket with short shawl lapel and hook and eye front closure. The entire jacket has been expertly studded with steel points, round stars and spikes with stud-formed symbols including spades with the number 13, crosses and diamond panels. Created by costume designer Marilyn Vance and hundreds of hours of single-studding to realize the designs’ special symbols representing luck and superstition. With draped link chains on the back of the jacket. Interior lined with black satin. Highly visible in the beloved coming of age, Sci-Fi comedy when dream girl brought to life., “Lisa” (LeBrock) teaches the boys, “Gary” and “Wyatt” (Anthony Michael Hall and Ilan Mitchell-Smith) how to be “party animals”. The only one of these jackets produced due to limited time and extreme expense. In production used fine condition. Comes with an LOA from designer Marilyn Vance. $30,000 – $50,000