In the eight years that have passed since RuPaul’s Drag Race first aired, the wildly popular pop culture behemoth has never crowned a Chicago queen as its winner. As of tonight, when the Logo/VH1 show’s Season 9 finale airs, that could very well change.

Chicago queen Shea Couleé has practically dominated Season 9 of the drag competition show that’s reignited RuPaul’s career and brought phrases like “shante, you stay” and “sashay away” to the masses. She’s won four of the season’s 11 main challenges, a feat only matched by two previous queens—Sharon Needles and Alaska—who themselves went on to win the grand prize.

But putting those sickening stats aside for a moment, there are many other reasons the odds are on Shea Couleé to bring the oft-uncredited punk icon RuPaul’s elusive trophy home to the Windy City.

Below, we make our case for Ms. Couleé to trade in her hot dog headpiece for America’s most coveted drag crown. Even if she doesn’t win Friday, she’s still the winner in our hearts.

When Shea sauntered into that work room on day one of Season 9, she instantly set a commanding tone for her run for the Drag Race crown.

With her statement that she “didn’t come to play, I came to slay,” Shea let everyone know what she was in town to do. It’s hard to deny that level of confidence.

2. She accessorizes with encased meats.

Right off the bat in the first episode’s first challenge — which tasked the queens with creating a look that represented their hometown — Shea set the bar high with an impeccable hot dog headpiece.

Though the non-locals didn’t all understand it (and were apparently expecting a deep-dish pizza theme), that ketchup-free look sent a strong message that Shea’d be staying true to her Chicago roots and doing her city proud.

3. She knows her way around some vegetables, too.

Shea advocated for a balanced diet by chomping down on some raw broccoli “Lady and the Tramp” style with fellow competitor Sasha Velour during the “Good Morning Bitches” live morning talk show challenge in episode four.

Former first lady and nutrition advocate Michelle Obama would likely be proud of this scene, which proved Shea’s comedy chops and helped earn her the first of her four challenge wins.

4. She’s been compared to everyone from Grace Jones to Naomi Campbell.

When pop royalty Lady Gaga stopped by to judge the season’s first episode, she commented that Shea’s look reminded her of punk provocateur Grace Jones which, uh, hello.

Later in the season, after Shea offered an impersonation of legendary model Naomi Campbell during the “Snatch Game” challenge, Campbell herself tweeted her approval of the performance. These are not endorsements to sneeze at.

5. She can rock everything from goth-bondage unicorn fantasy to construction worker couture.

Owing to Shea’s background in costume design, she put together many of the more unusual and ambitious runway looks throughout the competition. Some of these things belong in the Smithsonian! Just take a look at these:

YESSSS! @SheaCoulee GOT TOP TOOT OF THE WEEK!! (as she well deserved 😉) 👏🏼💖 pic.twitter.com/UEyEbIx8SM

We’re not just talking about dresses and harnesses here, either — in the season’s club kid challenge, Miss Couleé also showed she wasn’t afraid to glue her own face. That takes, well, balls.

Side note: Shea and Peppermint snatched tf out of that runway tonight. The Club Kid category was long overdue. #DragRace pic.twitter.com/6uM7gNcY7H

Throughout the season, Shea’s dancing ability was often the subject of some jealousy among the other queens, particularly fellow finalist Trinity Taylor in the season’s final episode. Her dance moves as she impersonated Blac Chyna in the “Kardashian: The Musical” challenge were similarly undeniable. Don’t be jealous of her boogie, boos.

Proving she truly can do it all, Shea also produced one of the better guest verses for a remix of RuPaul’s song “Category Is” in the season’s final challenge. Shea’s musical aspirations don’t appear to stop there, either: She’s already released a solid track of her own, titled “Cocky,” produced by Chicago’s own Jeremiah Meece and featuring Lila Star and The Vixen. Just ahead of the finale, Shea released a video for this and two other tracks as part of a surprise “visual EP.”

8. She looks out for her squad.

While competitors on “Drag Race” often take the approach of every-queen-for-herself, Shea often came to the aid of some of her closest competitors and even offered multiple pep talks to Nina Bo’Nina Brown, who often struggled with confidence on the show. It can be rare of queens on the show to be so giving of their time and it’s clear a little bit of Midwestern friendliness played a role in the strong relationship Shea appeared to have with most of the other queens.

9. But she isn’t here for your nonsense either.

Still, Shea appeared to recognize you can only be giving for so long if it’s not being appreciated or reciprocated. When Nina accused Shea of criticizing her behind her back, Shea asked for the evidence and when it wasn’t produced, called her competitor out. In the just-aired reunion, too, Shea also wasn’t afraid to set the record straight on a number of controversies, proving that Midwest Nice can only go so far.

Above all, Shea Couleé has more than done herself and her city proud. And it’s been a minute since the World Series—it’s about time Chicago won something again. 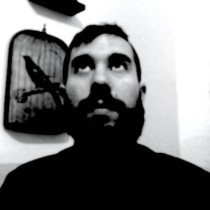