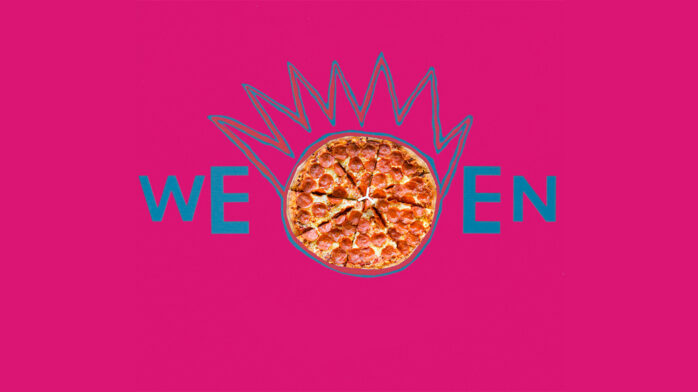 Where’d the Cheese Go? When Pizza Hut Hired Ween And Then Fired Them

According to their website, “That song was recorded by the band for a Pizza Hut commercial. Evidently, Pizza Hut?s advertising agency approached Ween to record a song for their stuffed crust pizza line. The band recorded a clean version, and Pizza Hut executives dropped the idea. Deaner posted the MP3 of the clean version and then a dirty version on his website. Everyone of the fans adored the little songs, so Ween performed an extended version on the All Request Live concert. The versions of the song most readily available on the eb represent the 7th and 8th attempts at satisfying the decision makers at Pizza Hut.”

According to the band, “Earlier in 2002 we were hired by the largest advertising firm in the country to write music for a Pizza Hut commercial. Pizza Hut had hired them to come up with a whole new image to promote their new Pizza, “The Insider” which had all the cheese inside the crust. In keeping in line with their new cutting edge image, the agency hired Ween to do the music, and we delivered in a big way. Unfortunately, they didn’t like a single piece of the 6 tunes we submitted and they had us rewriting the song every day for a couple of weeks before they hired someone else. In my opinion, it is one of the best tunes we wrote all last year.”